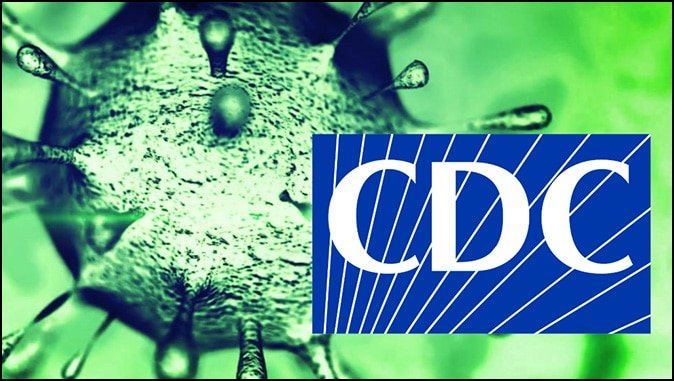 Can We Trust the CDC, NIH, and WHO in Light of Past Failures?
By Don Boys

America is blessed to have so many dedicated, educated, though now intimidated health personnel from underpaid orderlies, to nurses, technicians, and doctors who solve or alleviate our health problems. Many have lost their lives in this battle with the coronavirus, while others continue against overwhelming odds. Often these dedicated people don’t get the support required from health officials in the state and federal governments. Added to that, some of the guidelines and suggestions from national and international health officials are confusing, careless, and contradictory.

Often a company, person, state, or nation is accused of conspiracy when the problem is an absence of competence or an abundance of cockiness. I’m not sure about the Centers for Disease Control (CDC), the National Institute of Health (NIH), and the World Health Organization (WHO). There may be various reasons for their many foul-ups. Whatever the reason, citizens who fund those health groups have reason to be cautious about accepting their decisions without hesitation.

At best, governments—even qualified health officials—consist of flawed people, some good, some great, others are opportunists, liars, drunks, pedophiles, fornicators, incompetents, etc. That has been true in all ages and all nations. The former Director of the CDC, Tom Frieden, avoided jail time in 2018 after pleading guilty to groping a longtime family friend in New York, and he no longer runs the CDC. Frieden had impeccable credentials and impressive connections, and an almost infinite amount of cash and still made a significant mess.

Anyone who automatically accepts what any politician or bureaucrat says is naïve—even gullible. That also goes for anyone wearing a white coat and is “board-certified.” We are in the middle of a health crisis that could be deadly for anyone, so it will be advantageous to look into the present and past decisions of U.S. health officials.

In 2010, the Journal of the American Medical Association published a report titled Office of Inspector General: CDC Lax in Policing Advisors’ Conflicts of Interest, revealing that the “CDC did not identify or resolve potential conflicts of interest for 64 percent of special Government employees in 2007.”

Just one of many problems at the CDC. And, a relatively minor one when compared with the following facts.

It seems, ineptitude, ineffectiveness, insensitivity have always been the norm at the CDC. In 2014 the CDC senior research scientist Dr. William Thompson publicly admitted that he, and his coauthors, committed research fraud during the agency’s 2004 autism-MMR study. Republican Congressman Bill Posey pleaded with Congress to do an investigation without success. The intrepid mainstream media moguls were not interested in an investigation.

An article such as this must include facts that astound, anger, and agitate every thinking person: U.S. health officials still permit shock treatments and lobotomies for mentally disturbed people! I would not trust such people or those who defend such activities to walk my dog. While respecting dedicated, qualified medics, keep in mind that some board-certified health officials are holdovers from the jungle witch doctor with his bag of chicken bones and hippopotamus dung.

All right, maybe that’s a little hyperbolic, but at least some are holdovers from leeches, bloodletting, and tonsillectomies for all youngsters.

At the end of December, Taiwan officials warned the WHO that the coronavirus was being spread through human-to-human contact. “The WHO, an ally first to China—whose communist party is hostile toward Taiwan—said two weeks later there was ‘no evidence’ this was the case.” It must be remembered that the WHO has been in bed with the Chinese Communist Party for a long time, and they showed it by citing defective, deceptive, and dishonest information from Communist officials. The Chinese officials did not want international travel to be restricted, and the WHO obediently parroted the Red leaders. That is the reason the world has been smacked with the Chinese coronavirus.

However, that deception should not surprise us knowing the background of the CDC, the NIH, and health officials in general. Their record runs from admirable to acceptable to appalling. The last of March, the WHO Director-General was finally asked to resign because of his alliance with Communist China. By then, the kitty was out of the sack.

Dr. Tom Frieden, Director of the CDC, not long before his downfall, declared in 2014 concerning the Ebola epidemic: “In my 30 years in public health, the only thing that has been like this is AIDS,” and “We have to work now so that this is not the world’s next AIDS.” That was nonsense on stilts from a health official fearful of a health tsunami that was expected to smash the U.S. It was nonsense because the CDC fight on AIDS was a fatal fiasco from the first. And the CDC Ebola response seemed to be a rerun of their AIDS effort.

National Public Radio yelled, “Critics Say Ebola Crisis Was WHO’s Big Failure.” The CDC didn’t come out any better as critics gave Frieden at the CDC a hard time “questioning if his experience and leadership style [were] enough to stop the virus from spreading in the United States.”

Not reassuring if we were facing a world epidemic.

If the CDC is as incompetent, insensitive, and inconsistent in dealing with the coronavirus as they were with Ebola and HIV, then we are in big trouble. I wrote AIDS: Silent Killer in 1987 and appeared on more than 200 talk shows trying to pressure U. S. health officials to act wisely, but they refused. Thirty-five million people have died of AIDS worldwide since that time.

Dr. Everett Koop was President Reagan’s Surgeon General, and he was an active Christian and outspoken opponent of abortion; however, he and Reagan were deficient in the AIDS fight. Koop did an outstanding job in fighting tobacco and obesity and often advised, “Stop your smoking” and “Stop gaining weight,” but he refused even to whisper, “Stop your sodomy.”

Remember, sodomy was the primary cause of HIV transmission! And still is. Koop and the CDC were complicit in a tragic, massive medical cover-up. Or were they merely guilty of cowardice or political correctness?

The CDC is supposed to function in the best interests of public health, but it is often an Office of Propaganda as they seek to protect their turf and federal funding and Big Pharma. And they must never, ever offend the LGBTQ crowd since that group drove the CDC’s effort during the AIDS battle.

Pandering to Big Pharma, Washington politicians, and the LGBTQ crowd, protecting their behinds, personal advancement, and polishing egos are only some of the problems at our health agency.

In another column, I will deal with even more shocking failures and cover-ups at health agencies.

(Dr. Don Boys is a former member of the Indiana House of Representatives who ran a large Christian school in Indianapolis and wrote columns for USA Today for eight years. Boys authored 18 books, the most recent Muslim Invasion: The Fuse is Burning! eBook is available here with the printed edition (and other titles) at www.cstnews.com. Follow him on Facebook at Don Boys, Ph.D., and visit his blog. Send a request to [email protected] for a free subscription to his articles, and click here to support his work with a donation.)