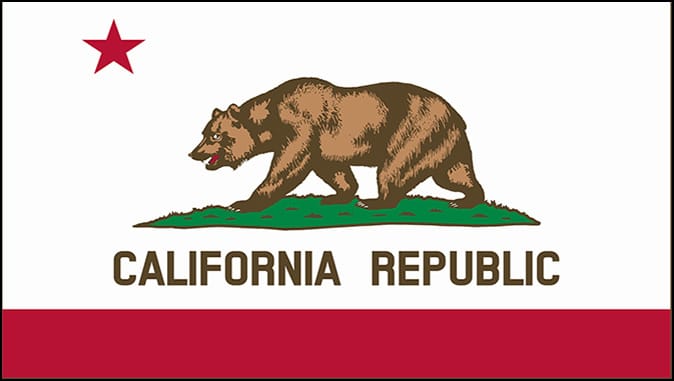 California is Rolling in Education Money
But where exactly is the loot going?
By Larry Sand

Last week, California Gov. Gavin Newsom announced his education spending plan, which comes to $119 billion including local, state and federal sources. This would raise per-pupil spending to $20,855, and make California one of the highest spending states in the country. (That dollar amount does not include often extravagant health care perks and budget busting pension obligations.) The only hitch is that the plan needs legislative approval, which could come as late as June.

While a few of Newsom’s spending ideas have merit, like using some money to help students get caught up after the Covid hysteria dissipates, much of the loot will not help kids at all.

To start, Gavin-bucks will be used to bail out San Francisco’s school district, whose projected budget deficit is now estimated to be $125 million. It’s not clear why the state needs to pour money into school district with an incompetent board, several members of which are being recalled. In any event, the money given to San Francisco will not further any child’s education.

Then there is the pre-K or “transitional kindergarten” boondoggle. Newsom insists it will “narrow the learning gap” that low income students face in the classroom. He is proposing to spend $1.02 billion to expand TK, which will be made available to every 4-year-old in California, and to “add an additional teacher to all TK classrooms to keep class sizes at state preschool levels.”

But the reality is different. The U.S. has an almost 60-year history of funding early-childhood programs in the form of Head Start. The federal government released the last of a three-part longitudinal study of the $8 billion-a-year program in 2012, and the results offered little cause for optimism. According to the report’s executive summary: “…there was little evidence of systematic differences in children’s elementary school experiences through 3rd grade, between children provided access to Head Start and their counterparts in the control group.” The 2012 report reinforced some disappointing findings from the study’s second phase, which showed that any gains “had faded considerably by the end of 1st grade, with Head Start children showing an edge only in learning vocabulary over their peers in the control group who had not participated in Head Start.” Other studies purporting to show preschool’s benefits also have failed to prove that spending large sums of money on pre-K would be worthwhile. In brief, pre-K does little, if anything, for students educationally.

Additionally, Newsom wants to create more community schools, which have their roots in the early 20th Century Progressive Era. This plan makes schools into one-stop shops for families with all kinds of “wrap around services” like welfare-to-work programs, a legal defense fund and foster care, all staffed by unionized personnel. This also does little for students academically.

It cannot be said often enough that lack of money is not the problem with education in California. Simply put, when you throw more money at the government education bureaucracy, all it does is ensure a bigger government education bureaucracy – rife with excess administrators, consultants, teachers, and programs. Before the latest barrage of money, California was in the middle of the spending pack nationally, though just 34% of California 4th-graders scored proficient in math on the 2019 National Assessment of Educational Progress (NAEP), placing the state 44th nationwide.

Insufficient spending is also not the reason that education is not doing well in the rest of the country. As reported by Just Facts, federal, state, and local governments in the U.S. spent $1.036 trillion on education in 2019. This breaks down to $8,069 for every household in the country. It’s worth noting that these exorbitant figures do not include land that is purchased for schools and other facilities, some of the costs of durable items like buildings and computers, and unfunded liabilities of post-employment non-pension benefits including generous health insurance plans. In reality, we spend more per student than any other nation in the world except Luxembourg, yet on the most recent Programme for International Student Assessment (PISA) test, a triennial survey of 15-year-old students around the world, U.S. students’ scores were middling – slightly above average in reading, but below average in math.

One way to get rid of the bloat is to privatize all education. Private schools educate our children better, and for a lot less money. Barring full abolition, the least we could do is empower parents by opening up a system of universal choice. A report released in November by Martin Lueken, Director of Fiscal Policy and Analysis at EdChoice, showed that through fiscal 2018, “educational choice programs generated fiscal benefits estimated between $12.4 and $28.3 billion. That’s between $3,300 and $7,500 for each student who participates in these programs.” Lueken adds that since most of these programs were in operation for at least five years over the study period, “fiscal effects are likely closer to the long-run estimates. Put another way, school choice programs saved between $1.80 and $2.85, on average, for each dollar spent on these programs.”

But as been shown quite forcefully in recent times, the blob doesn’t really care about parents. According to a National Parents Union survey, just 1 in 5 families has been asked for input into how their schools should spend the federal stimulus funds, despite a mandate that states and districts incorporate feedback from a broad array of community members.

Once again, despite the great uptick in spending, it’s doubtful student learning will improve in California. Gavin Newsom is throwing your money around like a drunken sailor. But, then again, at least the sailor actually earns his money. Newsom and his buddies in the legislature spend it after extorting it from the taxpayers.

Larry Sand, a former classroom teacher, is the president of the non-profit California Teachers Empowerment Network – a non-partisan, non-political group dedicated to providing teachers and the general public with reliable and balanced information about professional affiliations and positions on educational issues. The views presented here are strictly his own.