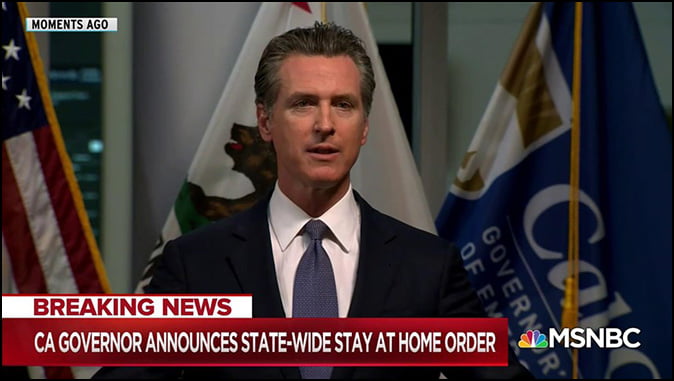 It’s a tough time for illegal aliens in California.

A lot of restaurants are closed, bougie households aren’t employing cleaners and nannies, and even cocaine sales are down.

It’s time for an economic stimulus package to protect the most valuable population in California, at the expense of taxpayers.

Gov. Gavin Newsom said Tuesday he is working with the Legislature on an economic stimulus package for immigrants in the country illegally and others not covered by the federal stimulus package approved by Congress.

The federal government is dividing up about $30 billion to roughly 14 million California households this month, part of the federal CARES Act. But the checks — $1,200 per adult earning less than $75,000 and $2,400 per couple under $150,000 — only go to those who file their taxes using a Social Security number.

Those who use an individual Taxpayer Identification Number, including most living in the country illegally, are excluded.

Sad. How will we possibly reward the criminal element that is illegally here? California has the answer.

The $2.2 trillion federal aid package also includes money to boost unemployment benefits by an extra $600 per week, money also unavailable to people living in the country illegally who have lost their jobs because of the COVID-19 outbreak.

Because they’re not allowed to work?

About 2 million people in California are suspected of living in the country illegally, according to the California Latino Legislative Caucus. The group has asked Newsom to create a “Disaster Relief Fund” for cash payments to those immigrants until the state’s emergency proclamation is lifted or they are able to return to work.

The state Legislature has recessed until May 4, but the idea of a state stimulus appears to have support among Democrats, who have super majorities in both chambers. Assembly Speaker Anthony Rendon confirmed lawmakers are considering a proposal that would help immigrants living in the country illegally, while state Senate President Pro Tem Toni Atkins said she supports any efforts to bring “much needed resources to all of our communities.”

How about having any money that goes to illegal aliens come out of aid sent to California by the federal government?

A Shameless Lying MSNBC Hack is the Face of the Media

A Shameless Lying MSNBC Hack is the Face of the Media Lies, smears and the…

The Mueller Test and the Paper Civil War on Trump

The Suicide of France

The Suicide of France By Giulio Meotti Originally Published by the Gatestone Institute. The recent…

In Genuine Pursuit of Liberty and Justice for All