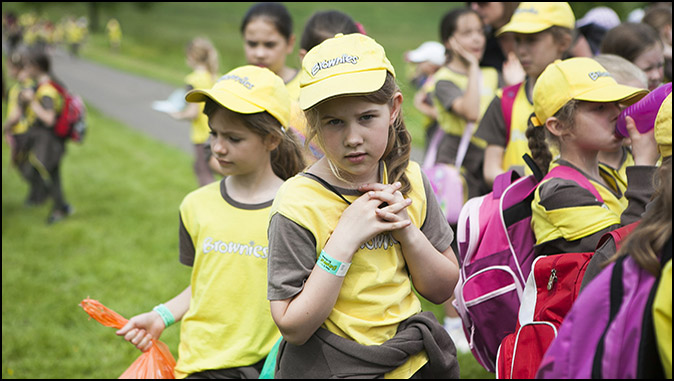 Anti-racists are the most racist people around and can put a racist spin on anything.

The culture war, after claiming Confederate generals and Indian team mascots moved on to ban everything from the term ‘field work’ to the Brownies. At least in Canada.

Brownies in Canada will be known as “Embers” from now on after the old name was deemed too racially divisive.

The group said in November that the old name had caused “harm” to some minority members, and kept girls from joining.

In a statement on its website, the GGC said the new name will help to create “a more inclusive space where all girls in Canada can feel welcome and proud to belong in Girl Guides”.

This is what happens when there’s a “racial reckoning” and then organizations bring in people to teach them how to be ‘anti-racist’ and to justify their paycheck, they change a bunch of things.

Girl Guides of Canada said they decided to change the name of their branch in November after current and former members claimed the previous name caused harm and was a barrier to belonging for racialized girls and women.

The name ‘brownies’ refers to the mythological fairy creatures in Scottish lore who help out around the house. Some wokes ought to tell them that they should change their name because it’s racist.