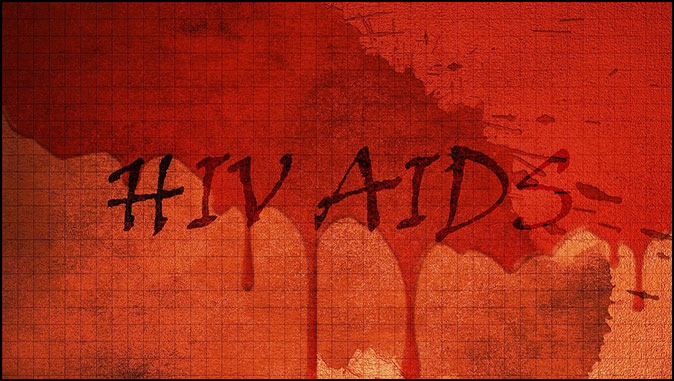 Ana Paula Valadão, a Brazilian charismatic Baptist singer who became famous with her band Diante do Trono (Before the Throne), became the target of left-wing journalists and gay activists for not submitting to the politically correct views that demand exclusively positive presentations of homosexuality. In the show “Diante do Trono” broadcast by “Super TV Network,” a station that belongs to the Baptist Church of Lagoinha, she said:

“A lot of people think that it [homosexuality] is normal. This is not normal. God created man and woman and we believe this way. Any other sexual option is a free choice of the human being. And any choice leads to consequences. The Bible calls any choice contrary to what God has determined to be ideal, as he created us to be, he calls sin. And sin has a consequence, which is death, including everything that is distorted has consequences naturally. Nor is God bringing a plague or judgment. AIDS is here to show that the sexual union between two men causes a disease that leads to death and contaminates women. Anyway, it’s not God’s ideal. Do you know what is safe sex, which does not transmit any disease? Safe sex is called a wedding ring.”

After the repercussion of the case, the National LGBTI+ Alliance announced that it will file a lawsuit against Ana Paula Valadão for the crime of LGBTphobia.

In a public press release signed by its director Toni Reis, the National LGBTI+ Alliance said:

Ana Paula’s speech borders on the absurd, extrapolating freedom of religion and free speech, becoming a hateful, fanatical and largely unreasonable speech, with potentially disastrous consequences, especially for her followers.

At no time can we allow religiosity to be used as a safe conduit for the spread of hatred and misinformation.

The speech in question resembles the same standards adopted by Adolf Hitler, to dehumanize sectors of society, just as he did when he dehumanized Jews, LGBTIs, gypsies, Jehovah’s Witnesses, communists, the elderly, people with disabilities, resulting in a total 6 million lives murdered.

To accuse of “hatred” an evangelical who expressed herself with love is pure savagery, which was expressed in a crazy and inconsistent tone. The six million lives murdered by the Nazis were Jewish. And it is known that the small number of homosexuals that Hitler killed was not because he opposed homosexuality, because Hitler and the Nazi elite were homosexuals. The book “The Hidden Hitler,” published in 2001 by Basic Books in New York, and written by German professor Lothar Machtan, reveals Hitler’s homosexual nature.

Hitler’s case shows that homosexuals are violent even with other homosexuals.

If Toni Reis had criminally offended an Islamic leader by comparing him to Hitler, the backlash could have been violent or accepted, as Hitler is admired among many Muslims. But comparing an evangelical singer with Hitler is a crime, especially because while Hitler killed Jews, evangelicals defend Jews and Israel; while Hitler promoted “male” homosexuality, Christians do not promote any homosexuality; and while Hitler promoted occult rightism with no basis in the Bible, Christians promote conservatism and capitalism based on the Bible.

“The female minister, when associating HIV with the LGBTI community, makes the same mistake of those who wanted to link the coronavirus pandemic to China. It is a crime, we will sue her for LGBTPHOBIA, according to the decision of the Brazilian Supreme Court,” said the lawyer and coordinator of the National LGBTI+ Alliance.

The Brazilian Supreme Court’s decision essentially criminalizes acts and views contrary to homosexuality. It is a decision that benefits homosexual activism and criminalizes Christianity itself. The Supreme Court reached its insane decision based on a request from a gay organization led by Toni Reis that years ago asked federal prosecutors to intervene against me for “homophobia.”

The National LGBTI + Alliance said it is “a crime” to say that there is an association between HIV and homosexuals. But it is not what reality shows.

Experts then warned that in the future AIDS would mainly affect the non-homosexual population. We are in the future today, almost 40 years after the 1980s. And what does reality show?

The Centers for Disease Control and Prevention, the most important group in the U.S. government on health issues, said in 2020:

“Gay, bisexual, and other men who have sex with men are the population most affected by HIV in the United States. In 2017, adult and adolescent gay and bisexual men made up 70%.”

In fact, since it is a predominantly gay disease, gay groups have been receiving billions of dollars since the 1980s to supposedly “fight” AIDS. But these billions have in no way reduced the gay predominance of AIDS.

The homosexual movement continues today in the same denial that it embraced in the past: Refusing to take responsibility for the consequences of homosexual behavior.

Who should be prosecuted for crime is the gay group, not the charismatic Baptist singer. It is nonsense to prosecute an evangelical who is helping homosexuals, but not to prosecute gay activists who are using homosexuals and putting their lives at risk with false information.

And a lawsuit against Toni Reis and his groups of hatred of evangelicals has become even more necessary when he criminally compared the evangelical singer to Hitler.

Toni’s language against Ana Paula Valadão was so savage and violent that the mainstream media did not dare to mention that he compared her to Hitler, when Hitler’s esoteric fascist nature was homosexual.

There is nothing homosexual about the evangelical singer, but there is a lot of homosexuality, with its hatred and extremism, in Toni Reis and Adolf Hitler.