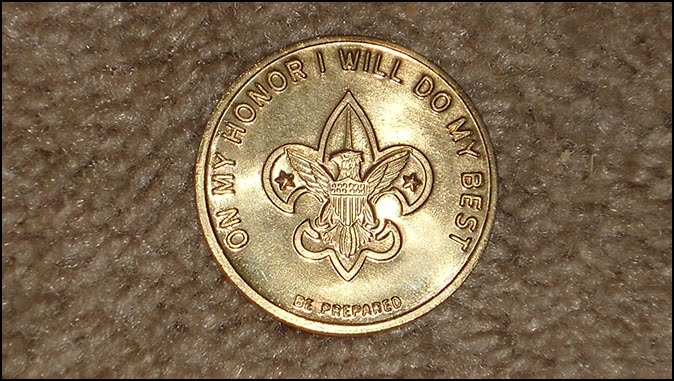 I headlined this as the “Boy Scouts”, but these days it’s the Scouts, and they have as much connection to what we think of as the Boy Scouts as the Politburo did to the Czar. Call it a successor regime. One that has completely shredded the original organization and is occasionally trying to fool people by wearing some tattered remnants of its skin out in public while hysterically virtue signaling.

The Boy Scouts of America announced late Monday that scouts will now be required to earn a “specific diversity and inclusion” merit badge to become an Eagle Scout.

Of course they will. And recite sayings from Mao’s Little Red Book while dressing up as members of the opposite sex and doing the Black Power fist salute.

“The Boy Scouts of America stands with Black families and the Black community because we believe that Black Lives Matter,” the letter stated. “This is not a political issue; it is a human rights issue and one we all have a duty to address.”

The insistence that support for a leftist organization is apolitical is one of the biggest leftist lies around.

“Diversity and inclusion” training for all BSA employees and volunteers

The merit badge for destroying Columbus statues, and rioting and looting will be awesome.

It goes without saying that the Left has managed to take a traditional patriotic organization and will now be able to use it to indoctrinate anyone associated with it, with its politics and its anti-American messages.

Which makes promoting alternative scouting organizations while denying access and, obviously, funding, to the BSA that much more urgent.

Church, We Must Fight for Our Freedoms

Church, We Must Fight for Our Freedoms By Anne Reed A couple of months ago,…

Should Christians Get Involved in Politics and Vote?

Should Christians Get Involved in Politics and Vote? By Christ in Prophecy Ministries These questions…

Liberalism: The Pathway of Demons and Deceivers

Liberalism: The Pathway of Demons and Deceivers By Michael Bresciani Men have buried themselves in…

A Compassionate Response To The Transgender Issue

A Compassionate Response To The Transgender Issue By Dr. Jerry Newcombe Barely a week goes…