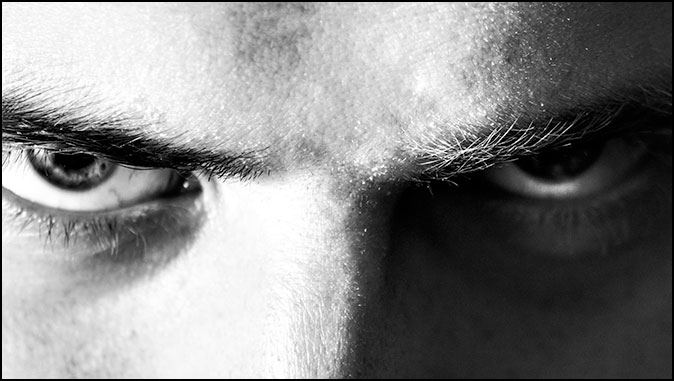 Boulder, New York, D.C. — and The Myth of The Evil, White Male
The Left gnaws its nails over three recent monstrous crimes.
By Don Feder

These white supremacists are diabolically clever. Lately, they’ve taken to disguising themselves as Syrian Muslim refugees, black men on parole for killing their mother and homicidal Farrakhan supporters.

After the Atlanta massage parlor shootings, the racial-guilt industry went into overdrive. The shooter was routinely described as a white male who had targeted Asian women. (Aside: Very few Bulgarian dwarfs work at massage parlors.)

The man who confessed to the killings denied that he was motivated by race. He claimed he was suffering from sex addiction and wanted to get temptation out of the way. Insane, vile — but not necessarily racist.

Still, the left wasn’t going to give up on its evil-white-man/victims-of-color scenario. Biden, who’s yet to visit the border, rushed to Atlanta to denounce anti-Asian hate crimes. The administration announced it was redirecting $49.5 million in COVID spending to combat the “rising tide of anti-Asian violence.”

According to the FBI’s 2019 Uniform Crime Reports (the most recent available), the perpetrators of anti-Asian hate crimes are twice as like to be black than white. Since African Americans are 12.3% of the population, the disparity is even more pronounced.

The media seized on an opportunity to bash President Trump for supposedly creating an anti-Asian backlash by referring to COVID 19 as the “China virus.” (Let’s pretend it didn’t originate in a Wu Han lab.) Little did we know that what we called the Hong Kong flu and Asian flu in the 1950s were meant to stigmatize Asians and the Spanish Flu was intended to arouse animosity against sunny Spain.

But the left is gnawing its nails over the next three headline-grabbing crimes.

The man arrested for the murder of 10 at a Boulder supermarket on March 22 is a refugee from Syria. On his Face Book page Ahmad Al Aliwi Alissa said he was a devout Muslim who believed racist-America was the principal purveyor of “Islamophobia” worldwide, and he hated Donald Trump.

Probably not a candidate for the Colorado militia.

The thug who attacked a 65-year-old Asian-American woman on her way to church In New York City (beating her viciously while shouting “You don’t belong here”) turned out to be a black man who was just released from prison under New York’s more lenient parole laws, after serving 17-years for murdering his mother.

The icing on the cake came last Friday, when a follower of the Nation of Islam rammed his car into a barricade at the Capitol, killing a cop and being killed in turn by Capitol Police, when he exited the vehicle with a knife.

The attacker, Noah Green, declared in his social media postings that his faith was “centered on the belief that the Honorable Louis Farrakhan is Jesus the Messiah.” Green called him “my spiritual father.”

The incident did not lead to the deplatforming of the fuhrer of the Nation of Islam – America’s most notorious anti-Semite and anti-white racis t.

This may be due to the fact that Farrakhan is the left’s favorite hatemonger. Try finding a member of the Black Congressional Caucus who’s expressed a negative opinion about the Calypso Kid. Ex-President Bill Clinton didn’t mind sharing the stage with him at Aretha Franklin’s funeral.

Biden is the nation’s racial guilt-monger in chief. During the campaign, he accused Trump of “inflaming racial tensions.” At his inauguration, he beat his hollow chest about the “thugs, insurrectionists, political extremists and white supremacists,” (all Trump supporters, needless to say) who “rioted” at the Capitol on January 6.

For more than two months now, it’s been non-stop hysteria. The latest was last week’s allegation that Georgia’s new election law, which facilitates voting, was the second coming of Jim Crow – this from a man who used to brag about his friendships with segregationist Senators in the 1970s. Even the usually compliant Washington Post gave the allegation four Pinocchios.

Racism is the Democrats’ argument for every occasion. They want to eliminate the filibuster, to pass their radical agenda by a one-vote majority, so the filibuster is a “relic of the Jim Crow era.” They want more gun control, so gun ownership appeals to white supremacists, they say, thereby indicting 72 million Americans (40% of all households). Of gunowners, 34% are white, but 24% are black and 15% Hispanic.

The list is endless. You won’t wear a facemask? People of color are hit harder by COVID, so you just don’t care. You don’t want a higher minimum wage that they claim benefits people of color (while eliminating their jobs), you’re a neo-Klansman.

It also gives the left another reason to hate America – which, we are told, was founded on racism (see The New York Times 1619 Project), grew rich through racial exploitation, and is racist still. For them, this is the essence of America, not economic liberty, personal freedom or self-government.

Samuel Johnson famously defined patriotism as “the last refuge of a scoundrel.” Today, it’s cries of racism. The gambit works well for the intellectually weak. If you can’t formulate a rational argument against something, call it racist, then dare your opponents to dispute you on it.

That’s why it’s SOP for the geezer in the White House, who’s rarely mistaken for Winston Churchill or Daniel Webster.