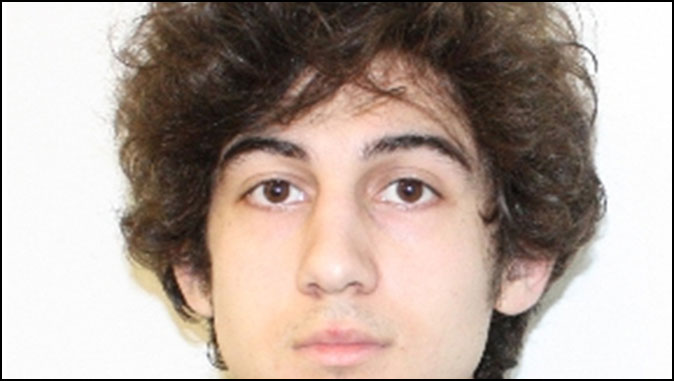 Boston Marathon Bomber Tsarnaev Got $1400 in COVID Relief and Money From Fans
Mastering the victimhood game, while denying his actual victims their due.
By Robert Spencer

Dzhokhar Tsarnaev, one of the two brothers who murdered three people and maimed many others with pressure cooker bombs at the Boston Marathon on April 15, 2013, has always been something of a rock star among terrorists. Unlike, say, 9/11 plotter Khalid Sheikh Mohammed, who was famously photographed shortly after his capture looking like something the cat dragged in, Tsarnaev’s boyish good looks instantly made him a hero to the Leftist and the stupid, to the extent that he was even featured on the cover of Rolling Stone, looking like the next teen heartthrob.

And in a certain sense, he is. According to The Washington Post, “Tsarnaev’s case is noteworthy for the amount of financial support he receives from people outside his family. Some of his supporters send money to his federal public defender lawyers, who have sent along $11,230 of those payments to his account, according to the court filing. Others send Tsarnaev money directly, including a person in Indiana whose payments over the years total $2,555, someone in New Jersey who sent him a total of $1,450 and a Maryland resident who sent a total of $950, the court filing states.” BizPacReview adds that Tsarnaev raked in “another $3,486.60” from “32 people who were unidentified, according to the filing.”

The court filing they’re talking about is the reason why all this has come out: Dzhokhar Tsarnaev was ordered to pay $101,126,627 to his victims, but up to now has only paid $2,202.03. Now federal prosecutors are asking the Bureau of Prisons to seize the $3,885.06 that Tsarnaev has amassed. It seems that, in the last six years, he has received over $21,000, including a $1,400 coronavirus relief check from the federal government, but instead of paying his victims, he has lavished most of this money on himself and his relatives. He has spent $13,000 on himself, but news reports unfortunately don’t specify what he spent it on in prison.

Meanwhile, the fact that he receives money from supporters around the country, while revolting, is not surprising. CBS Boston reported back in July of 2013 that “a small group of demonstrators showed up at Moakley Federal Courthouse in South Boston” to show support for Tsarnaev when he appeared in court for the first time after the bombings. This group actually “cheered as the motorcade carrying Tsarnaev arrived at the courthouse. The demonstrators yelled ‘Justice for Jahar,’ as Tsarnaev is known. One woman held a sign that said, ‘Free Jahar.’” Meanwhile, “others held signs claiming Tsarnaev’s innocence, while suggesting elaborate conspiracies surrounding the bombing and Tsarnaev’s arrest.”

Young women were prominent among the demonstrators. Mary Churback of Freetown, Mass. declared, “I’m here to show Dzhokhar support, to let him know there are thousands of people worldwide that do believe his innocence.” Lacey Buckley of Wenatchee, Wash. traveled all the way to Boston to participate in the demonstration, explaining: “I just think so many of his rights were violated. They almost murdered an unarmed kid in a boat.”

A fellow student of Tsarnaev’s at the University of Massachusetts-Dartmouth, Brittney Gillis, said “he used to walk her friend home in the evenings because he was worried about her being alone. ‘He would walk her from the campus library to her dorm at night.’”

How sweet. With a fan base like that, it’s easy to see why Tsarnaev is receiving money from non-relatives in prison. Yet for all the support he receives, Tsarnaev claims he is suffering: CBS Boston reported last March that he had filed a hand-written lawsuit claiming that he has been mistreated in prison. Tsarnaev asserted that the Bureau of Prisons and Attorney General Merrick Garland were “interfering with his ability to communicate with his family, placing a hold on his money and hurting his chances of avoiding a death sentence.” He said that he had been forbidden to send photos to his family since 2019, and consequently, “I am suffering psychological injury, emotional distress and destruction of my familial relationships.”

Tsarnaev acknowledged that his nieces and nephews are allowed to come visit him, but complained that he is not allowed to call or write them, “which he said is cruel and unusual punishment. He is allowed to speak to his parents and sisters by phone twice a month.” And now we know that he has sent them a good bit of money. Nonetheless, he maintained his posture of victimhood: “He said he was issued a face mask due to the COVID-19 pandemic and was reported when the face mask was missing a metal nosepiece. Tsarnaev said the mask was manufactured without the nosepiece and inclusion of the incident as a reason for special administrative measures violated his Fifth Amendment right to due process.”

Dzhokhar Tsarnaev has clearly mastered the victimhood game, while denying his actual victims their due. His money should indeed be seized, with all future contributions going to his victims as well. It couldn’t happen to a nicer guy.