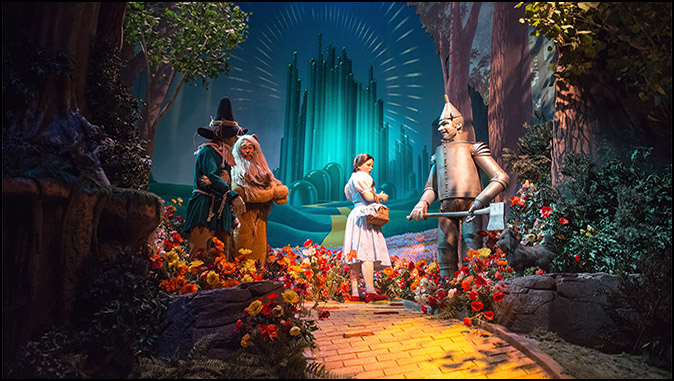 I was going to write about Warner Brothers picking Black-ish boss Kenya Barris to do a Wizard of Oz demake. While Discovery has been shedding some of the woke dead weight, Warner Brothers is still deep in the woke black nationalist business, including with BLM co-founders.

Batgirl may currently be buried, but Ta-Nehisi Coates’ black nationalist superman is probably still coming and the black nationalist Wizard of Oz project is moving forward. Considering the current political insanity, it’s bound to not only racially recast everyone except the inevitable white villains, but also include some drag queens. These days, how could it not?

“Somewhere over the rainbow, indeed! Kenya Barris tells me that LGBTQ representation will be featured in his “Wizard of Oz” remake. “The original was an allegory and a reflection of the way the world was at the time with things like the Great Depression and the Dust Bowl,” says Barris, who will write and direct the reimagining for Warner Bros. “Now we’re going to turn a mirror on where we’re at right now and take disparate characters from the LGBTQ community, from different cultural communities and socioeconomic communities, and tell a story that reflects the world. I think this is the best time to do that.”

If the Wizard of Oz is about anything, it’s about telling a story that “reflects the world”, at least through the lens of lefties whose idea of telling a story is monotonously embedding their talking points into whatever piece of intellectual property they’ve gotten their grubby hands on and then screaming that anyone who doesn’t pay money to go see it is a vile bigot.

At least they’ve been nice enough to announce that the Wizard of Oz remake will be extremely family unfriendly. Why would anyone expect anything else from Warner Brothers these days?