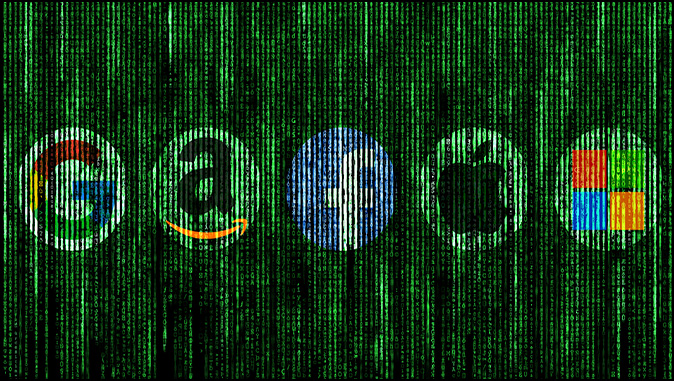 As private entities, social media platforms claim the right to cancel views they don’t like, but as Adam Mill wonders at American Greatness, “what if the social media platform defers censorship decisions to the government itself?” And can the government “circumvent free-speech protections by using a cut-out to censor citizen speech critical of its policies or preferred political candidates?” Embattled Americans may soon get an answer.

Case No. 3:22-CV-0123, State of Missouri et al versus Joseph R. Biden Jr. et al will reach the attention of federal judge Terry A. Doughty in the Western District of Louisiana.

This was an “internal working group” at the Department of Homeland Security, which proclaims itself “deeply committed to doing all of its work in a way that protects Americans’ freedom of speech, civil rights, civil liberties, and privacy.” The DGB was established “with the explicit goal of ensuring these protections are appropriately incorporated across DHS’s disinformation-related work, and that rigorous safeguards are in place.” Those canceled by social media might wonder about that.

The complaint alleges that government defendants, “have colluded with and/or coerced social media companies to suppress disfavored speakers, viewpoints, and content on social media platforms by labeling the content ‘disinformation,’ ‘misinformation,’ and ‘malinformation.’” The defendants have a “Disinformation Governance Board” (“DGB”) within the Department of Homeland Security, “which is intended to be used and will be used to induce, label, and pressure the censorship of disfavored content, viewpoints, and speakers on social-media platforms.”

Examples of censored speech include the Hunter Biden laptop story before the 2020 election, the lab-leak theory of COVID-19, the efficacy of masks and lockdowns and “speech about election integrity and the security of voting by mail.” The plaintiffs, for their part, “allege that free speech is the bedrock of American liberty, and Government Defendants are in violation of the First Amendment to the U.S. Constitution in attempting to suppress free speech by labeling the speech as ‘misinformation.’”

The plaintiffs seek to prohibit government defendants from “taking steps to demand, urge, encourage, pressure, or otherwise induce any social-media company or platform to censor, suppress, remove, de-platform, suspend, shadow-ban, de-boost, restrict access to content, or take any other adverse action against any speaker, content, or viewpoint expressed on social media.” Long before the current case, that sort of activity was already going on.

On April 10, 2018, Facebook CEO Mark Zuckerberg testified to the Senate. It was “my mistake,” he said, that the Cambridge Analytica firm had purloined the data of 87 million Facebook users. Zuckerberg said he was sorry and was taking steps to prevent it from happening again. It emerged in testimony that in 2012, composite character president Obama had strip-mined data on a massive scale with full cooperation from Facebook, which was also colluding with government in a different way.

Zuckerberg told the senators Facebook was cooperating Robert Mueller’s investigation into Donald Trump’s alleged collusion with Russia. The former FBI boss had interviewed some Facebook employees, but Zuckerberg would not identify them or reveal what they said.

“I want to be careful here because our work with the special counsel is confidential,” Zuckerberg explained, “and I want to make sure that in an open session I’m not revealing something that is confidential.” This is the same CEO who either approved, facilitated, or looked the other way at massive transfers of private data to non-government actors.

Zuckerberg also told senators that Facebook would “proactively” cooperate with law enforcement only in the case of an “imminent threat of harm,” or when law enforcement presented a “valid legal request” for data. The Facebook boss did not explain how that squared with Mueller’s investigation or the composite character’s data dredging.

Some senators complained about issue ads, and Zuckerberg said he was hiring as many as 20,000 new people to vet this material. Senator Cory Booker wanted “civil rights organizations” to be involved, which the Facebook CEO called a “good idea,” agreeing with Booker that the entire tech industry “lacks diversity.”

When asked by Sen. Ted Cruz if Facebook was a “neutral forum,” the CEO seemed puzzled. Asked by Sen. Cory Gardner if the government had ever demanded that Facebook remove a page from the site, Zuckerberg said “yes, I believe so.” The Facebook CEO did not indicate the content of the page, which government official had demanded its removal, when the removal had taken place, or if the material had ever been restored.

Zuckerberg touted new measures to guard user privacy, but he did let slip that Facebook had been hacked. Details were sketchy, but as the CEO explained, “security is never a solved problem.” Observers could be forgiven for believing that their Facebook data is never secure and that the billionaire boss is most careful to guard confidentiality when he is collaborating with politicians and government investigators.

The charge that candidate and President Donald Trump colluded with Russia has been exposed as a hoax. Mark Zuckerberg has not gone public with regrets for proactively collaborating with the investigators, a squad of partisan Democrats. As the Facebook boss confirms, government outsourcing of censorship is not a new development.

It’s all part of the composite character’s fundamental transformation of America from a nation that protects free-speech rights to a regime that hires tech companies to quash those rights. In similar style, a nation where nobody is above the law is being transformed into a place where the president and his cronies consider themselves above the law.

Missouri versus Biden lands in the courtroom of judge Terry Doughty, a 2017 nominee of President Donald Trump. As he likes to say, we’ll have to see what happens.