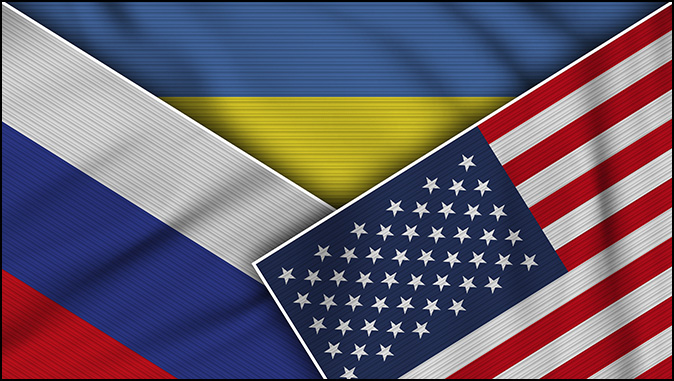 It should not be surprising that Russian strongman Vladimir Putin believes he can invade Ukraine, a sovereign neighboring nation, and claim it as an historic part of his empire. After all, there is a shameful European history to reflect upon, combined with the most recent actions of the United States under the current White House.

In 1938, Western democracies were more than willing to hand over a free and stable central European nation to Hitler. The Czechs found themselves abandoned and served up on a plate to the Third Reich as Hitler threatened war if the Sudetenland region of Czechoslovakia was not annexed by Germany. The reason for his demand was that it was territory long populated by many ethnic Germans. (And this may sound disturbingly familiar if you follow Putin’s logic why Ukraine is his, given that part of its diverse population is Russian.)

Some 84 years ago, Britain’s Neville Chamberlain conspired with the French to appease Hitler, and telling a BBC audience, “How horrible, fantastic, incredible it is that we should be digging trenches and trying on gas masks here because of a quarrel in a far-away country between people of whom we know nothing.”

The deal forced onto the Czech leadership by the democracies was that the Sudetenland would become part of the Reich but the rest of the Czech nation would be secure. It was cynical nonsense of course. Hitler sensed the moral bankruptcy of the democracies and within 12 months would take over the rest of Czechoslovakia. He did it without firing a shot and without the democracies confronting him.

Couple past history with the actions of US President Joe Biden, who unilaterally pulled our troops out of Afghanistan, thereby handing the Taliban a stunning strategic victory, and it should be no surprise that Putin believes this administration has neither the will nor the courage to stand up to what is an act of stunning aggression.

Unlike the Czechs however, the Ukrainians have no illusions about their foe or the White House. There must have been more than startled looks and a few profane oaths when they heard Biden initially describe the potential Russian threat to Ukraine as a minor incursion. The President quickly went into damage control mode, then acknowledging it would be “an invasion.”

If the Russians cross the border, they have the means to brush aside Ukraine’s conventional forces, who will seek to defend their homeland. There is little doubt that the Russians will face a determined, courageous, and stubborn opponent in the Ukrainians, who are just as tough — if not tougher — than the Russian shock troops that invade. It will not be a parade for Putin — but did it even need to even come to this?

Like Hitler, Putin is a high-stakes international war-game player, fully prepared to use his military as part bluff, part checkmate.

Like Hitler, he seeks to recreate a lost empire.

Like Hitler, his people are expert at sowing disinformation — and now they have the added weapon of using social media and letting loose their professional hackers.

But if Hitler had been confronted with a resolute, focused, and vigorous Chamberlain, would he have even considered his demand for the Sudetenland? Would the word “appeasement” been some minor footnote in a history book rather than Chamberlain’s disastrous strategy that led to one of the world’s worst calamities?

That is where we are today. If Putin believed that a strong, steadfast, and determined president was in the Oval Office would he have ever considered sitting down with him to play the most dangerous war game imaginable? Not likely.

Lawrence Kadish serves on the Board of Governors of Gatestone Institute.