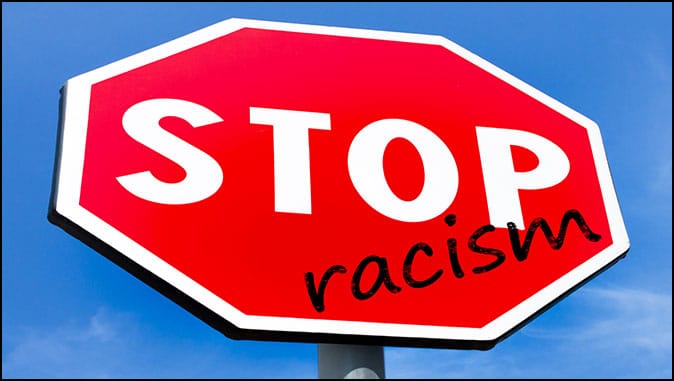 Biden’s Casual Racism and Dementia
You almost have to feel bad for the people who work for him. Almost.
By Derek Hunter

At some point you almost have to feel bad for the people who work for Joe Biden. Every single day, they go to work not know what they’re going to have to clean up today; what mess he’s going to create, or what stupid thing is going to come out of his mouth. Or whether or not what comes out of his mouth is even words at all. Then you realize those people are enabling this senile old fool in his quest to destroy the country and whatever thought you’d had to feel badly is replaced with contempt.

I’ve known lot of people who could, at any given moment, say something for which a lot of clean up would be necessary. Some were friends, others colleagues, and still some bosses.

The friends “having a Biden moment” would just cause a rolling of the eyes, creating wonder over how someone seemingly intelligent could have a moment of abject stupidity, in public no less. All you can do in that situation is laugh and hope to be free of the splatter range should the stupidity lead to any drink being thrown.

If they were colleague, the eye roll remains and is coupled with a sense of amazement that someone, unusually highly educated and accomplished, could be so obtuse on occasion.

When they were my boss, my heart started racing a bit every time they’d approach a microphone or reporter…or constituent. While I wasn’t responsible for cleaning up after my friends or co-workers, it is your job (sometimes) to clean up after your boss.

My bosses for whom I was responsible for some level of clean up were, thankfully, pretty good, with only a few times between them when I had to try to repair anything they’d done. Working for Joe Biden has to be a bit like working for Mr. Magoo – drunk, during an earthquake – the sheer volume of destruction in his wake has no limitations.

Joe Biden is the worst kind of disastrous boss – the type who doesn’t realize how bad they really are.

When most people, people with their mental abilities under their control, say something wrong, like calling someone the wrong name, we correct it almost immediately. “Hey, Bob, er, Tom, come here for a second,” for example. The President gets names, dates, events, or details of his own life wrong all the time and seems blissfully unaware of them much of the time.

He regularly gets the rank of his late son Beau in the Army wrong, and has not gotten the number of grandchildren he has right in at least the last year, alternating between claiming 5 or 6 when the real number is 7.

You can almost forgive that last one, he is a very old man and Hunter did father 2 kids inside of a year with 2 different women (while dating his sister-in-law), so some confusion can be understood. But blanking on people he nominated to Cabinet posts? Not acceptable.

More often than not, when confronted with his failing mental capacity, Biden does what other dementia sufferers do: become angry. Joe has always had a short and nasty temper, add to that the forgetfulness of dementia and you have the perfect recipe for a dramatic scene every time he speaks.

Under those circumstances you see why his staff chooses not to correct him, and wouldn’t want to set him off. That’s why advisor and former Congressman from Louisiana Cedric Richmond sat silently as Biden referred to him with the racist term “boy” during a recent conference call about hurricane Ida.

“We’re waiting for a few more people to get on, but we’re going to get started, if that’s OK with you all,” Biden started. “I’m here with my senior adviser and, um, boy who knows Louisiana very well, man. And New Orleans. Cedric Richmond.” If a national Republican had called a black man “boy,” there would non-stop riots until they resigned. You haven’t seen that because no national Republican is that stupid. The President of the United States is.

Were this a one-off, we could write it off as a simple mistake. But Joe Biden has several careers worth of causal racist comments and cracks in his wake, what’s one more? Richmond knew who he was taking a job with, just like everyone in the White House knew what they were signing up for. So when I said you “almost” feel bad for them, I meant not at all. They, almost more than Joe himself, are inflicting this damage on the country. Anything that makes them miserable is just karma.