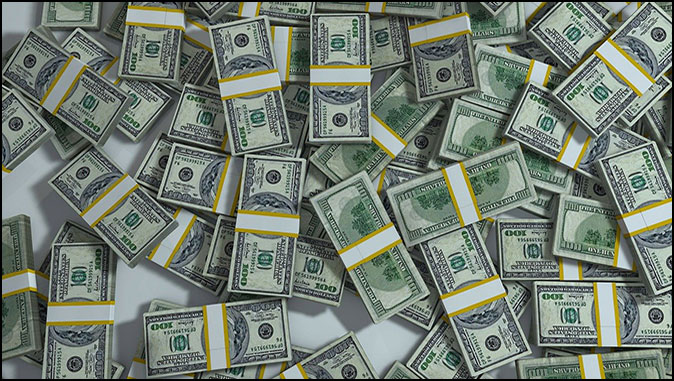 In mid-August, I predicted that Biden would end up funding the Taliban through a humanitarian aid channel.

Understand that this is not a question of ‘if’ this will happen, but when.

Going forward, you will see more stories about the “humanitarian catastrophe” in Afghanistan and, just as in Yemen, claims of famine, orchestrated by the same media that spread this same propaganda about Iran’s Houthi proxies in Yemen.

Aid groups will function under the Taliban, they will pay protection money to them (while swearing up and down on a stack of Das Kapitals that they’re not) and we’ll end up funding them.

Today, the United States announced nearly $64 million in additional humanitarian assistance for the people of Afghanistan. This funding from the U.S. Agency for International Development (USAID) and the U.S. Department of State will flow through independent organizations, such as UN agencies and NGOs, and provide life-saving support directly to Afghans facing the compounding effects of insecurity, conflict, recurring natural disasters, and the COVID-19 pandemic.

It was naive to believe Biden would get all Americans out of Afghanistan before sending millions to the Taliban.

USAID and the media are vocally insisting that the money is going “directly to Afghans” and not to the Taliban. Or rather it will go to the UN and various NGOs which will predictably pay the Taliban protection money.

The idea that the UN is an honest broker that won’t be entangled in dealing with terrorists is a sick joke when you consider that UNRWA in Gaza is pretty much Hamas.

As I noted in, Biden Tried to Send Pallets of Cash to the Taliban as Kabul Fell, the Taliban made more money from taxing deliveries than drugs.

One expert estimated that at the peak of Obama and Biden’s Afghanistan surge, “the Taliban’s ‘taxes’ on truckers supplying NATO likely even surpassed the Taliban’s income from drugs, being tens of millions of dollars at least, maybe up to $100 million annually.”

The Taliban were already taxing NGOs.

This past spring, Taliban representatives, not just in Kandahar but also around the country, began asking demining and other NGOs to register with their own NGO commission, and to share the details of the finances of their projects.

Foreign aid to Afghanistan is terror funding. And it must be stopped.