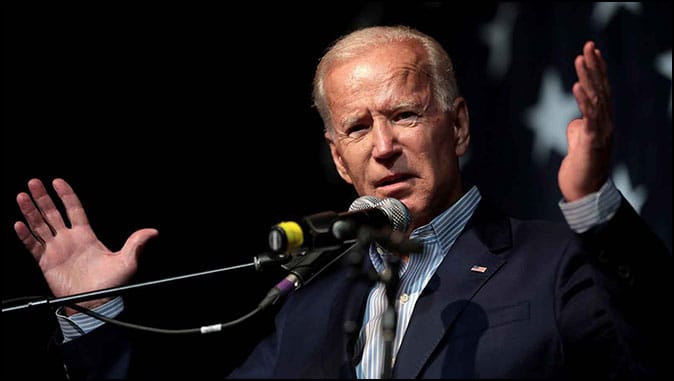 Biden: The Humanitarian Thief
Are we our brother’s keepers?
By Jason D. Hill

Some criminals who steal other people’s money to finance their own private lifestyle, or those of the public, often move by stealth and subterfuge. They deploy moralistic language via rhetorical obfuscation. By the time they work over our moral conscience, we grant them the benefit of the doubt because we believe, in some perverse way, that the criminal had a coercive right to what he was taking away from us.

Joe Biden is such thief. He has stated outright that it is time for the richest Americans to pay their fair share of taxes. He has not exactly identified by what means and by what right it is your or anyone else’s fair share of what someone else has earned. But it does not matter. Like all financial appropriators, private or public, one is expected to accept an appropriator’s assertion as the legitimate basis of a claim, or, in this case, an outright mandate.

The appeal to moral conscience is mawkishly sentimental. Biden intends to finance a country’s badly-needed faltering infrastructure and welfare spending totaling about $4tn. The various packages under these $1.8tn American Families Plan and $2tn infrastructure plans would provide funds for childcare and free pre-school education facilities, along with humongous programs to rebuild the country’s transport system and public-sector housing. They all are a part of a systemic effort to effect action on what Biden perceives as the climate crisis. The plan would also allocate $200bn for free universal preschool education, and $109bn for free community college education—regardless of income for two years.

This is to be paid for by making corporate America and the wealthiest 1% pay just their fair share, Biden repeated, as he spoke at a community college on Monday, May 3, in Norfolk, Virginia.

Astute readers will realize the move towards socialism by stealth here. No need to dwell on that. Economists like Thomas Sowell, Ludwig Von Mises, and others have pointed to the fact that tax hikes won’t necessarily raise more revenue. The state of Maryland did that to $1 million earners a few years ago and lost 25% of them and their revenue.

What needs to be emphasized is the moral malfeasance committed by the effrontery assumed in the statement that the 1% or anyone at all are responsible for the financial well-being of their fellow citizens. It rests on a particular premise that undergirds all welfare programs, provides the moral basis for socialism, and sets our conscience against the moral right to keep what we earn. If we accept the premise, then it does not matter whether the moral appropriator who claims a right to our money is a single individual who needs to feed his family, or a government bureaucrat seizing it by force to feed a nation, a neighborhood, or a small group: the number of beneficiaries cannot change the nature of the premise.

That premise is: We are our brother’s keepers.

For those who believe that they are their brother’s keepers, no one will stop them from privately enacting that principle in their personal lives as part of their conception of the good life they have carved out for themselves. It, incidentally, taken to its logical endpoint and practiced as a way of life, is impossible to practice consistently. But that ought to be a private issue. Conceptions of the good life coined by individuals in a free society cannot be forced on others. That premise when enacted by government edict is legalized theft and, in principle, is no different from a little knife-wielding thief who seizes your wallet because he needs the money to buy food for his family. The needs of anyone cannot, in any free and civilized society, be a mortgage on the purse strings of others. Need, simpliciter, is not a justification for the confiscation of anyone’s earnings—let alone those who are a nation’s primary wealth and job creators. Our survival is not guaranteed in this world. We have to achieve it by our own efforts as adults. We cannot coerce others by force into conscripted labor to support our lives for us.

Make no mistake about it. If one does accept the premise that one is one’s brother’s keeper, then one is morally disarmed from the confiscatory reaches of any government program that would seek to tax one on the basis of one’s earnings for the financial upkeep of others. One is a permanent victim of the egregious lie that one has not paid one’s fair share because one is wealthy and part of the 1%.

To begin with, apart from the sheer legalized theft at stake here, one has to simply examine the presumptuousness involved in assuming the inverse of what is actually an indisputable truth. The wealthy are not parasitic and unfair takers as is implied in the insidious catchphrase: “They must pay their fair share.” Quite the opposite. Wealth is the material and tangible translation of human values to human desires, aspirations, and creative production. Those who create wealth are the benefactors of a host of social and material goods to non-wealth creators, including jobs, prosperity, and increased standards of living. They have “paid their fair share,” if that conceptually inane phrase has even a patina of reference to reality, simply by existing and producing the goods and services that, left to themselves, the beneficiaries would be unable to produce. They would simply wallow in abject poverty and decrepitude, and suffer myriad unmet needs.

Biden, like all wealth appropriators, of course, is a prototype that sees wealth creators as one collective brain that must be nationalized. His mandate begs the question on so many levels. First, that wealth is a national commodity or treasure trove that belongs to society. In the United States of America, wealth is privately owned. It is not a national resource. To speak of re-distribution is to be either putatively dishonest or, at best, intellectually out-of-focus. Wealth, properly speaking, is not distributed in this country. Wealth is earned by men and women who voluntarily trade goods and services to those willing to buy and consume them for their personal advantage or pleasure. And the precondition of wealth—values, imagination, frugality, prudence, discipline, talent (a plethora of traits), cannot be re-distributed at all.

To speak of re-distributing something that is not distributed in the first place is to commit a category mistake on purpose for the sake of perverting reality in order to sabotage people’s logic, their moral conscience, and their capacity to inoculate themselves against the encroachments of others on the moral, spiritual, intellectual and, ultimately, fiscal aspect of their lives.

It is the absence of rational thinking as a sustained way of life, moral compromise and mawkish sentimentality as intermittent indulgences that allow one’s adversaries to ultimately achieve moral and economic victories over one. I believe that if we want to function as wholesalers as opposed to retailers in both the realm of values and cognition, then it is in terms of the larger foundational, hidden principles that our adversaries are using to “pull one over on us” that must be identified and rejected. The edifice will come crumbling down. We won’t be left agreeing on paid child-care, rejecting community colleges, and wringing our hands in agonal despair over pre-school education. The basic comprehensive principle grounding them is identical. Reject the principle, frame the debate on your terms, and then you will win the battle.

Jason D. Hill is professor of philosophy at DePaul University in Chicago, and a Shillman Journalism Fellow at the Freedom Center. His areas of specialization include ethics, social and political philosophy, American foreign policy and American politics. He is the author of several books, including We Have Overcome: An Immigrant’s Letter to the American People (Bombardier Books/Post Hill Press). His new forthcoming book is What Do White Americans Owe Black People: Racial Justice in the Age of Post Oppression. Follow him on Twitter @JasonDhill6