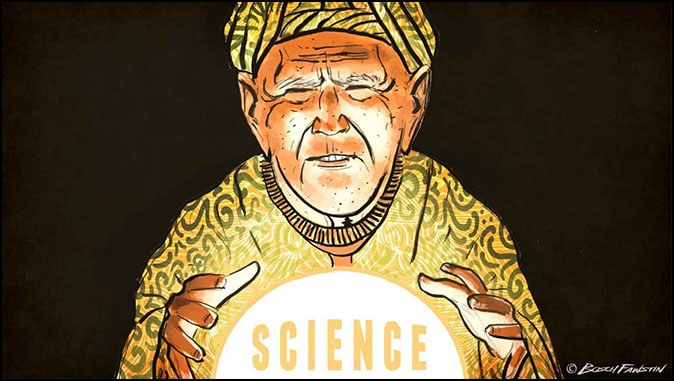 Biden Put Past Life Healer in Charge of School Re-openings
Betraying parents while working out “karma and deeply seated issues on the cellular level.”
By Daniel Greenfield

In November, the American Federation of Teachers was touting Kelly Trautner’s views on safe school reopenings. Earlier in the pandemic year, Trautner had promoted a webinar on a safe return to schools. By 2021, the AFT’s Director of Healthcare, was offering her own lessons on “yoga and pranayama practices” and “meditation and mindfulness”.

As a certified yoga teacher and “Registered Karuna Reiki Master” (meaning she had mastered Stage III of Holy Fire of the pseudoscience which includes “healing past life issues” and “clearing cellular memories from the DNA”), this was something Trautner was qualified to do.

But the AFT’s Director of Healthcare, occasional yoga teacher, executive coach, and master of the secret energy arts was telling the CDC under what conditions schools could be reopened.

And she was doing it with the backing of the Biden administration.

Biden had run for office promising to “listen to the science” and “follow the science” especially when it came to reopening schools. While desperate parents clamored to reopen schools and save their children from depression and suicide, he promised them that he would only allow it if the science said he could.

“I set an ambitious but achievable goal of opening most K-8 schools by the end of my first 100 days,” Biden declared. “It is also a goal we can meet if we follow the science.”

Then he redefined reopening most schools as being ‘open’ for at least one day a week.

Biden hasn’t achieved his goal because he didn’t really try. The American Federation of Teachers, the greedy and powerful union, and its local affiliates, had fought school reopenings. When CDC Director Rochelle Walensky said that schools could reopen, the Biden administration quickly claimed that she had only spoken “in her personal capacity”.

Biden promised that there would be “science-based judgment” on reopening schools coming.

Emails obtained by Americans for Public Trust showed that the CDC’s “science-based judgement” was actually being shaped by the AFT and revealed an email from its Reiki Master slash lawyer slash meditation expert laying out obstacles to reopening schools.

Not only wasn’t Biden following the science, but he was following a literal pseudoscience.

The AFT not only got access to the CDC’s guidance but Trautner sent an email providing “possible ways to strengthen the document” by calling for exempting teachers who “who have documented high-risk conditions or who are at increased risk for … COVID-19”, or who have a household member at “increased risk”, from having to go back to work teaching students.

Based on CDC materials, the category of increased risk could potentially cover teachers over 65 or even 45 years old, minorities, anyone with type 1 or type 2 diabetes, pregnant teachers, former smokers, alcoholics, or teachers who are overweight or obese.

A 5’2 teacher who weighed 136 pounds would qualify as overweight using the BMI index.

With categories like these, it would be hard to find teachers who weren’t potentially exempt from doing their jobs.

The CDC’s guidelines told schools to offer “remote work” options to teachers with “high-risk conditions that place them at increased risk for severe illness from COVID-19”. A possibly narrower group, but seemingly incorporating the core proposal from Trautner and the AFT.

The CDC also apparently added Trautner’s line about revisiting the guidelines, “in the event of high community-transmission results from a new variant of SARS-CoV-2.”

The email from Trautner to the CDC was forwarded by Carole Johnson.

Johnson is one of Biden’s three pandemic response coordinators. Forwarding Trautner’s email to the CDC made it very clear that the Biden administration wanted the “science” to be governed by the demands of the AFT through its Director of Healthcare whose medical background was in “healing past life issues” and releasing “karma and deeply seated issues on the cellular level”.

Before becoming a Biden pandemic response coordinator, Johnson had been the Commissioner of the New Jersey Department of Human Services.Johnson’s tenure in the scandal-plagued Murphy administration, which had forced nursing homes to accept infected coronavirus patients, and whose state-run veteran homes had become death factories, had been controversial in her own right. Before that, Johnson had been a senior health policy advisor in the Obama White House, and had worked for assorted lefty non-profits and legislators. What were her scientific qualifications for any of this?

As a New Jersey briefing noted, Carole Johnson “has a Master’s degree in government from the University of Virginia. She also has brought on board Andrea Katz, who is her Chief of Staff. Ms. Katz is an attorney by training, and has worked in various capacities for the democratic party.”

Katz is currently the chief of staff of the New Jersey Department of Human Services.

Working in various capacities for the Democrats seems to be all the science that’s needed.

That and a law degree.

Kelly Trautner, in addition to her energy healing skills, also has a BA in political science from Marshall University and a JD from Capital University. After graduating from law school, Trautner seemed to have become the deputy executive officer of the Ohio Nurses Association. When the union affiliated with the AFT, Trautner came along for the ride.

Along the way she ran the Center for Balanced Living, practiced executive coaching, was certified in yoga and energy healing, and rose to become the director of AFT Nurses and Health Professionals even though there’s no sign in her bio of being a nurse or having any kind of medical degree in anything. This year, she made the leap to Senior Director on Health Issues.

Several years earlier, Trautner had been urging followers to “send Reiki” energy “alone or in a group” because “the world needs our light.”

It’s not clear what scientific or medical qualification Trautner has on health issues. It’s one thing to head up a union for medical workers, and another to give the CDC medical guidance.

The AFT could have found an actual doctor to serve as Director of Healthcare, and to negotiate with the CDC, the fact that it didn’t says everything about the legitimacy of its medical concerns.

The CDC and the Biden administration certainly knew whom it was dealing with and didn’t care.

When a Reiki master with a law degree is providing the CDC with school reopening guidance, that’s not science, it’s union politics.

A few years ago, Kelly Trautner was running a center using “trauma-informed yoga programming” to treat eating disorders. And then she was telling the CDC what to do.

Biden claimed that he was going to listen to the scientists. And then he let an energy healer with a background in healing past life issues and clearing cellular memory have more influence over reopening schools than the actual parents desperately fighting for their children.

So much for the science.

The majority of white Democrats are no longer Christian. And lefties love mocking religion, claiming that they’re rationalists who believe in science, not superstition. And then, whether it’s Hillary Clinton’s seance or the Marianne Williamson presidential campaign, they prove to be willing to believe in anything and everything except God and the Bible.

70% of Republicans believe in God. Only 45% of Democrats do. 39% believe in some ‘other’ power or spiritual force.

When that’s the base of your party, why not turn to an ancient energy healing system from 1989 which planted World Peace Crystal Grids at the poles to send peace energy all over the world?

People are entitled to believe whatever they like. What they’re not entitled to do is falsely claim that they’re the party of science when what they really believe is they’re unhappy because in a past life they were Lizzie Borden whose ghost still haunts their downstairs bathroom and that the spaceship is coming to take those with the right colored auras back to their home planet.

And they can’t claim that they’re listening to the science when they’re obstructing school reopenings, when what they’re really doing is listening to energy healing union hacks.

“The science has been evolving,” AFT boss Randi Weingarten had argued. “It’s not a political calculation, it’s based on trying to make the science work.”

Evolving the science to make it work for you is what you do when you don’t like the results.

And then you can regress your DNA’s cellular memory and explain that teachers shouldn’t be expected to actually teach children until they work out their past lives as long as the American Federation of Teachers keeps funding the political ambitions of the Democrat Party.