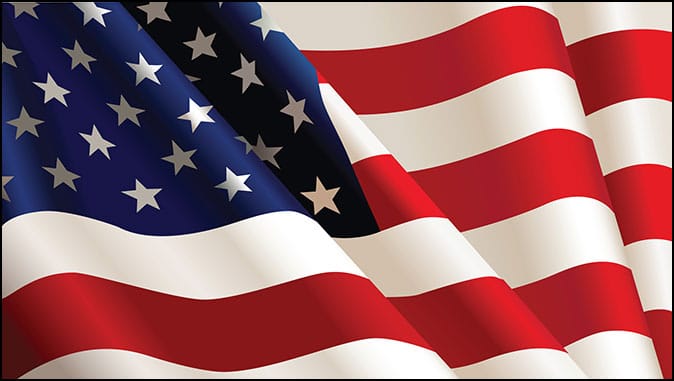 We know Democrats support “Black Lives Matter.” It’s all they talk about. While I’m no fan of the Marxist BLM organization, I think all of us can agree that black lives matter. No one wants a single law-abiding, innocent black American to die needlessly.

But someone needs to ask puppet President Joe Biden and every Democratic politician in Washington, D.C., a simple question: Do American lives matter?

Because, from their actions, it’s pretty darn clear that they don’t. It seems like they’re purposely trying to destroy the lives of American citizens.

Who in their right mind would open the borders, stop construction of the wall, invite the entire world to come to America, announce they won’t deport anyone, and incentivize migrants with free lawyers, welfare, bus or air fare and, of course, free health care?

Even worse, who in their right mind would open the borders in the middle of this COVID-19 pandemic?

Who’d be insane enough to demand every American citizen returning to the U.S. to take a COVID test but refuse to give COVID tests to thousands of immigrants illegally breaking into our country each day?

Who would spend $86 million on nice hotel rooms for illegal immigrants, yet ask our brave, selfless troops to sleep in freezing cold parking garages, on concrete floors, with only one bathroom for 5,000 troops?

Who would open the borders to the Mexican drug cartel, drug traffickers, sex traffickers and pedophiles? Who’d want to give easy entree to the U.S. for MS-13 murderers?

Think about the countries across the globe that hate us — terrorist regimes such as Iran, North Korea, Syria, Somalia, Libya and our mortal enemies Russia and China. Our border is wide open and unguarded. Anyone can get in. You don’t think they’ve noticed? You don’t think they’re sending spies and terrorists?

Can you tell the difference between a nice father and husband from Mexico or Guatemala, or a terrorist from Iran or Syria posing as a nice father? Of course not; no one can.

How many terror cells are walking into America at this moment? If I were the leader of a rogue terrorist nation, then I’d send hundreds of bloodthirsty terror cells across the open border. If even one gets through, it’s a victory. What if hundreds get through?

Think about the Syrian refugee who, just days ago, committed mass murder in a Boulder, Colorado, grocery. He came to America as a child. Twenty years later, he committed mass murder. How many kids exactly like him are coming across that border? Ticking time bombs, who 10 or 20 years from now, will commit atrocities? Who would be dumb enough to let in thousands of future terrorists and mass murderers from countries that hate us?

Biden and his top officials have loudly, proudly and publicly promised no child will be turned away. There are almost 2 billion children age 14 or younger around the world. Most of them live in poverty and misery. What if they all come? Why wouldn’t they? Biden is promising them free entry. Are you ready to share this country and our resources with a billion foreign mouths to feed?

How many murders, rapes, assaults, car-jackings and home invasion robberies will these strangers bring to our country? If I were the leader of a poor country, I’d open the prisons and tell my worst criminals to head for the U.S. border. Trust me, it’s happening. Our cities will soon be overrun by violent crime.

The whole world is coming. Hundreds of millions in coming years. Maybe a billion. Maybe more. Biden has invited them all. They will turn America into an economic basket case. They will turn our streets into killing fields. They will bring disease and spread COVID. They will destroy our school system and health care system. They will create poverty from sea to shining sea. Taxes will reach 90% to pay for it all. This is the end of America.

Biden Redefines the English Language Tyranny begins with the destruction of meaning. By Daniel Greenfield…

The Biden White House: A Diversity of Racists and Anti-Semites

The Biden White House: A Diversity of Racists and Anti-Semites They may look like America…

Had Obama Not Played the Race Card, George Floyd Might Be Alive

Had Obama Not Played the Race Card, George Floyd Might Be Alive A reflection on…