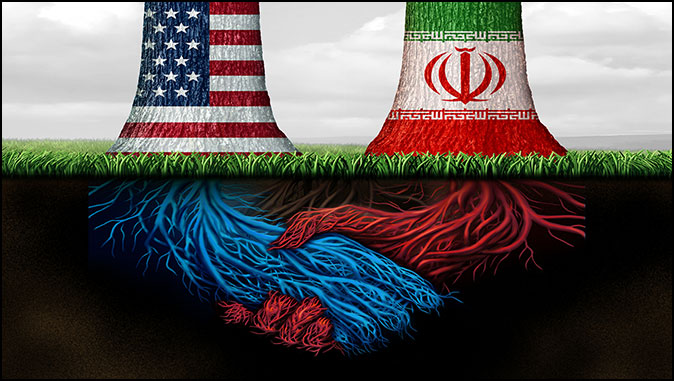 Biden Administration and Iran: Secret Deals and Appeasement Back on the Table?
By Majid Rafizadeh

The Biden administration is ratcheting up its appeasement policies towards the Iranian regime in an apparent effort to revive the 2015 nuclear deal — which by the way, Iran never signed.

US President Joe Biden made his intention to return to the nuclear deal public before he took office; after, he appointed as Deputy Secretary of State Wendy Sherman — a key negotiator in the talks which led to the nuclear deal in 2015 during the Obama administration. Biden actually publicized Sherman’s professed accomplishment:

“She has successfully rallied the world to strengthen democracy and confront some of the biggest national security challenges of our time, including leading the U.S. negotiating team for the Iran Deal”.

The administration proceeded to revoke the designation of the Houthis, an Iran-backed terror group, as an officially-designated terrorist organization.

In January, the Iranian regime, apparently as part of an extortion maneuver, had seized a South Korean ship in the Gulf and demanded ransom for its release. Congressman Banks stated:

“The Biden administration has to stop stonewalling and must come clean regarding whether they facilitated sanctions relief for the thugs in Tehran. I’m glad to co-lead this letter with my colleagues Rep. Bryan Steil and Rep. Greg Steube. The RSC will continue to investigate until we get to the bottom of what is going on”.

The Obama administration also secretly agreed to remove sanctions on several Iranian banks, including Bank Sepah and Sepah International. These banks had long been sanctioned by the United Nations due to their illegal activities in financing missile development and skirting UN Security Council resolutions regarding the arms embargo. These secret deals meant that when sanctions against Iranian banks were lifted and permission given to the leaders of the Islamic Revolutionary Guard Corps (IRGC) to resume conducting business, there was no longer any mechanism to check or stop Iran’s illegal activities such as advancing its ballistic missile program.

When, in return for Iran releasing hostages, the Obama administration released Iranian-born prisoners, some of whom were threats to the US national security, it shocked many and infuriated some of the officials at the Justice Department — as did shipping $400 million in cash to Tehran as ostensibly a “not quid-pro-quo” ransom for the hostages. In addition, according to a report by the Washington-based Institute for Science and International Security, the Obama administration agreed “‘in secret’ to allow Iran to evade some restrictions” in the last year of the nuclear agreement. David Albright, a former U.N. weapons inspector, stated that “The exemptions or loopholes are happening in secret, and it appears that they favor Iran.” These are only few examples of the secret deals conducted with the Iranian regime to appease it.

In addition to the secret deals, Iran also received dangerous and unprecedented concessions from the Obama administration for the Islamic Republic’s 2015 “nuclear deal,” the Joint Comprehensive Plan of Action (JCPOA). The major concession was that the deal paved the way for Iran legally to become a full-blown nuclear state. The sunset clauses, which enshrined that commitment, had set a firm expiration date for restricting Iran’s nuclear program, after which the country’s leaders would be free to have, legitimately, as many nuclear weapons as they like. The Obama administration also helped swiftly to lift all four rounds of UN sanctions against Iran — sanctions it had taken decades to put in place. Iran’s military sites also were exempted from inspection by the International Atomic Energy Agency; other inspections were only to be at the times and places of Iran’s choosing — if ever. Iran then rejoined the global financial system with full legitimacy — plus billions of dollars flowing into the treasury of the IRGC and its expanding militias across the Middle East.

Another concession, usually overlooked, is that Iran never even signed the JCPOA deal — what sort of deal, then, is that?

Appeasement policies, secret deals and generous concessions to predatory regimes do not work, as history has repeatedly shown. They only empower and embolden leaders whose record reveals that they have no intention of honoring whatever they agreed to in the first place, and for whom commitments have been mainly a means of buying time to accomplish the goals they really want.