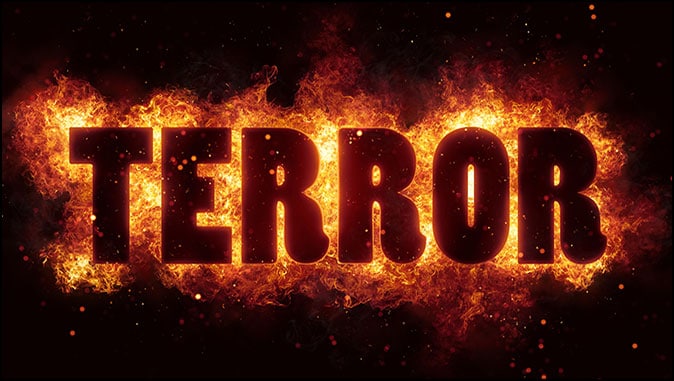 One Sunday evening an Islamic terrorist opened fire at a bus stop in Israel and hit three religious seminary students who had been out hiking. Yehuda Guetta, a 19-year-old, was shot in the head and lay in the hospital for four days while doctors labored to save his life. They failed.

Benaya Peretz, another of the 19-year-olds, was seriously wounded. He later recalled, “The terrorist stopped in front of me – he was so big. He shouted ‘Allahu Akbar’ and just started firing.” Amichai Hala, the third student, only realized that he had been shot in the back of the neck when he tried to get up. Unlike their friend, both of the young men survived the attack.

The terrorist, Muntasir Shalabi, a wealthy 44-year-old man, drove away in his silver SUV. Israeli soldiers arriving on the scene opened fire, blowing out the rear windshield as he made his getaway.

The Palestinian Authority’s local Fatah leadership celebrated the attack and urged Muslim settlers in the area to “get rid of the contents that were stored in the cameras of your homes or your businesses today” to protect the terrorist. Locals also helped by torching the abandoned vehicle used by the terrorist before the Israelis could get to it and recover any evidence.

Despite the best efforts of the terrorists and their accomplices, and Shalabi’s efforts to disguise his appearance, Israelis captured him. And then the Biden administration came after Israel.

Israel arrested the killer and prepared to demolish his terror mansion which is used to break up terrorist cells and deter future attacks. But the Shalabi estate was not just any home: it was the local Hollywood Hills.

Turmus Ayya, a small and wealthy Muslim town, is where you live when you have money.

Many of the residents have obtained American passports and alternate between working in the United States and using their estates in Turmus Ayya as their summer homes. The Shalabi McMansion was typically grandiose, luxurious, and vulgar, boasting enclosed glass wings and the star and crescent of Islam. And the terrorist living there had United States citizenship.

The Biden administration, which had ignored the murders of American citizens by Islamic terrorists, quickly jumped into action assigning the Shalabi case its highest priority.

While an American woman arrested in a Muslim country for not wearing a hijab or for looking at a man can expect to be ignored by the local embassy, Biden’s State Department dispatched representatives from the embassy to attend the court hearings involving the Shalabi house.

Secretary of State Blinken and other top State Department officials berated Israelis over it. The intense pressure from Washington D.C. on the Israeli government and the court temporarily halted the demolition, but then justice was done and the terror mansion was blown up anyway.

The United States embassy, now under new management, complained that, “the home of an entire family should not be demolished for the actions of one individual.”

Except that not just Shalabi, but his wife and son had also been detained after the attack. And Shalabi’s wife expressed support for her husband’s campaign of brutal violence.

While the media described Muntasir Shalabi as a father of seven children, it neglected to mention that’s because he has multiple wives. Some of whom live in the United States.

A petition filed on behalf of the terror mansion by Hamoked, an anti-Israel lawfare group funded by the EU, the UK, and the UN, claimed that the terrorist “lived most of the time with his other wives and children in homes he owned in the United States”.

The pro-terrorist lawfare group also insisted that Shalabi, when he wasn’t traveling around the world to his multiple mansions to shack up with his wife-of-the-month, had psychological problems and “repeatedly stated that he was motivated by suicidal thoughts.”

That must be why after the terrorist attack, Shalabi fled and tried to disguise his appearance. And why he was taken alive, instead of dying for Allah the way a good terrorist should. But it’s not as easy to blow yourself up when you’ve got mansions and wives around the world.

That’s not the behavior of a troubled suicidal man, but of a murderous coward.

What was the source of the wealth that allowed the terrorist to own homes and set up families around the world? No one’s talking except to portray Shalabi as a victim of Israeli oppression.

Rep. Rashida Tlaib, who has never found a terrorist she won’t defend, tweeted, “Just this week, Israel demolished and leveled the home of a Palestinian family in the beloved village of Turmusaya. For what? To dehumanize.”

The “beloved village” is as much of a village as Beverly Hills. And Tlaib knows exactly why the mansion was blown up. It’s because it’s the home of an Islamic terrorist.

Elisha Guetta, the father of the murdered boy, blasted the Biden administration, saying that he was “shocked that the US is condemning the demolition of my son’s murderer and is supporting a terrorist who arrived from the US to carry out a vicious shooting terror attack against innocent Jewish students.”

“It would be expected that the US, which has often been the victim of terrorism, would stand with terror victims rather than with their murderers,” he wondered.

Biden’s State Department is picking the terror mansion over the murdered boy.

“We attach a good deal of priority to this,” State Department spokesman Ned Price warned that his administration would keep on fighting Israel over this “as long as this practice continues.”

Or as long as the Biden administration continues.

“Punitive demolitions exacerbate tensions at a time when everyone should be focused on principally ensuring calm,” he complained. Price might want to take that up with the terrorists his administration insists on funding. The Shalabi mansion would still be ugly and standing if the head of its household hadn’t tried to murder a bunch of students waiting at a bus stop.

Rep. Gregory Meeks, the Chair of the House Foreign Affairs Committee, and a longtime Castro shill, joined the pressure campaign reportedly putting in an angry phone call of his own. Despite efforts by Democrats to describe Meeks as pro-Israel, he had tried to halt arms sales to Israel during the recent conflict with Hamas and repeatedly criticised the Jewish State.

While the media kept portraying Shalabi as a “lone-wolf terrorist”, a Hamas group showed up to pay a solidarity visit to the demolished terror mansion. Photos of the event show a Hamas flag flying from the rubble of the home and a banner of Shalabi next to Hamas regalia.

Unfortunately for them, they announced the visit ahead of time on social media, posting, “The Hamas student faction at Birzeit University invites you to attend a visit to the family of the heroic prisoner Montasir Shalabi.” The Israelis were waiting and took the lot in for questioning.

The Shalabi terror mansion may be dust and rubble, but the Biden administration will not forget the martyred mansion and intends to fight on so that no more terror mansions are blown up.

Hady Amr, a Biden bundler and anti-Israel activist, who serves as the Democrat “point man” on the terrorist conflict against Israel, will take on the issue on his next visit. Amr, who had accused Israel of “ethnic cleansing” and responded to the death of a Hamas leader by threatening that “there will be thousands who will seek to avenge these brutal murders” is on the case.

During his visit, Amr will pressure Israel over terror home demolitions.

While inflation rises and crime skyrockets, freedom fighters protest in Cuba and China escalates its crackdown, the Biden administration will go on fighting for a polygamist’s terror mansion.