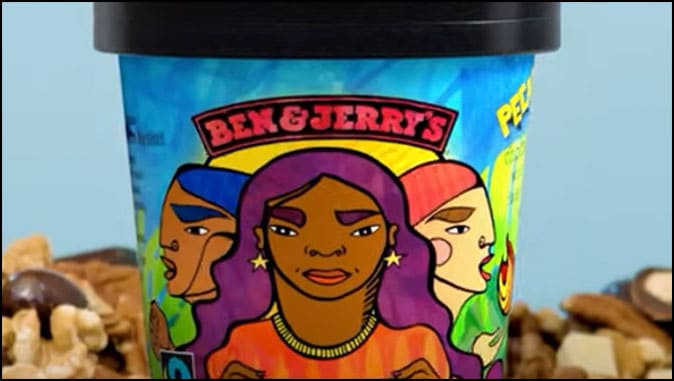 After building up the hype, Ben and Jerry’s (a subsidiary of Unilever, a Dutch company with a Nazi collaboration past and big business interests in Communist China) announced that it was joining the BDS campaign in Israel.

Not quite in those words, but it’s cutting off the Israeli licensee who makes Ben and Jerry’s in Israel while labeling everything “occupied territory”.

The Israeli factory in question is in Be’er Tuviya. The area was not conquered by the Muslim and Arab invading armies in 1948. It was not colonized by them and therefore not described as a “settlement”. If Ben and Jerry’s/Unilever consider that to be “occupied Palestinian territory” as the BJ press release puts it, then all of Israel is and must be destroyed.

While Ben and Jerry’s has issues with the Jews living in Be’er Tuviya, it has no problem with Malaysia where gay men are caned.

Sodomy and same-sex acts are illegal under Islamic law in Muslim-majority Malaysia, although convictions are rare.

The Selangor Shariah High Court, on the outskirts of the Malaysian capital, sentenced four men to six months’ jail, six strokes of the cane, and a 4,800 ringgit ($1,163) fine for “attempting intercourse against the order of nature”, the Malay-language daily Harian Metro reported.

Ben and Jerry’s, which operates in Malaysia, has no problem with this. Or this.

Two Malaysian Muslim women convicted under Islamic Shariah law of attempting same-sex relations were given six strokes of the cane in public on Monday, with some 150 people witnessing their whipping.

Unilever, which does a whole lot of business in China, has no problem with its massive slave trade and political repression.