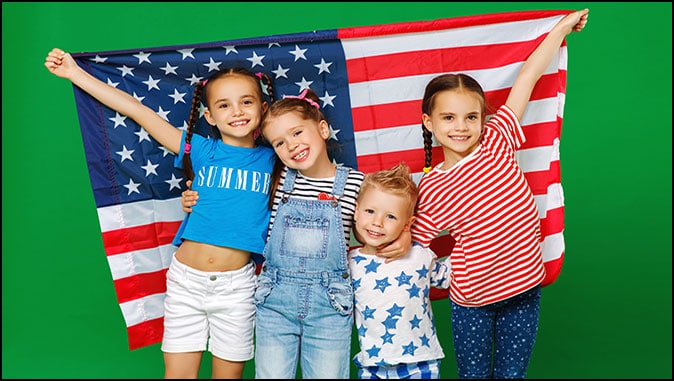 Are Our Children Not Essential?
Failing the children of New York.
By Phil Orenstein

For 150 years New York City Public Schools have remained continuously open and undaunted by all manner of calamities and natural disasters. Throughout our history from the Spanish Flu of 1918, the Great Depression, two World Wars, Cold War panic, civil unrest, the terrorist attacks on Sept 11, 2001, to Hurricane Sandy, the schools have always been open.

Not until 2020 has New York had a governor, a mayor, and a political class during a time of crisis, who have so miserably failed the children of New York. They have put our children in harm’s way physically, emotionally and academically. We do not know the full scope of the consequences of these failures on the part of our political leadership, but the closing of our schools for 10 months and likely longer can be considered one of the biggest scandals in the history of our country. It has already taken an enormous toll on a generation of our children suffering in remote-learning environments, sequestered on endless video games. The laundry list of physical, emotional and academic maladies affecting our children due to remote-learning include mental illness, suicide, sickness, depression, anxiety, weight gain, isolation, 10 months of squandered learning, and lost opportunities for academic and athletic scholarships.

It has taken an enormous toll on working and middle-class parents and their extended family as well. The balancing act that parents must perform is work, their child’s education, and the financial stability of their families. These challenges that parents face are simply devastating. Never has the pressure been so unevenly placed upon the family unit than it has today by New York politicians.

The public heaved a big sigh of relief when teachers were classified as essential and went to the front of the line for Phase 1 of the vaccinations. We all thought that within a short span of time, we would see the beginning of the reopening of our schools and the return to normalcy.

Teachers who were in their 20’s went to the head of the line, in front of seniors and people with comorbidities. But the public was ok with it because teachers are essential to the education and development of our greatest asset in America, our children.

The public was willing to let the teachers go to the front of the line and were hopeful to see the light at the end of the remote-learning tunnel. But the hope soon turned to despair as we were conned once again. The bait and switch charade pulled off on the public was from a minor faction of teachers and the union leadership who are still balking about going back into the classroom. While teachers are considered essential in receiving preferential treatment, our children are an afterthought.

For 150 years, New York’s political leadership understood the prime importance and significance of a good education, to ensure successful outcomes for future generations of our children. In 2020, the world changed. Elected officials abdicated their responsibilities in government and leadership roles regarding the education of our children, and left it in the hands of union leaders and a few selfish interests.

The political con job they played on parents and their kids was in promoting their misleading narrative that the classroom environment is unsafe. While the city’s schools closed for 10 months, Catholic and private schools have effectively remained open, and the teachers are safely at work doing in-person learning. The CDC never recommended schools close, and the CDC Director said schools are ‘one of the safest places’ for kids during the pandemic. Catholic schools are already starting up their after-school sports programs to begin on March 1st. Our local and state elected officials have failed our children, our parents, our communities, and our country, and there will be dire consequences for all.

The torturous road of the pandemic is indeed one filled with many heartbreaks. Our schools are central to a thriving society today and for future generations to come. We offer some simple guidance for the days that lay ahead. Vaccinations for teachers and school staff started in January. By the middle of April all personnel of the city’s Department of Education, should have been vaccinated. The mayor, City Council, and DOE should require all teachers and staff to be back at work by April 15th. Citywide information portals should clearly communicate the planned reopening so that everyone understands NYC schools are in fact fully opened five days a week with after-school activities. The consequences for those civil service employees who fail to report to work is the implementation of the Taylor Law to enforce back-to-work orders. This is above and beyond the realm of politics, union contracts, and special interests, and once and for all, decisive action must be taken.

What has been going on since March of last year has been near criminal. Never before in the history of our country, has a government and its political leadership so forsaken our most cherished resource in the present and for the future of our country. Our children are essential.