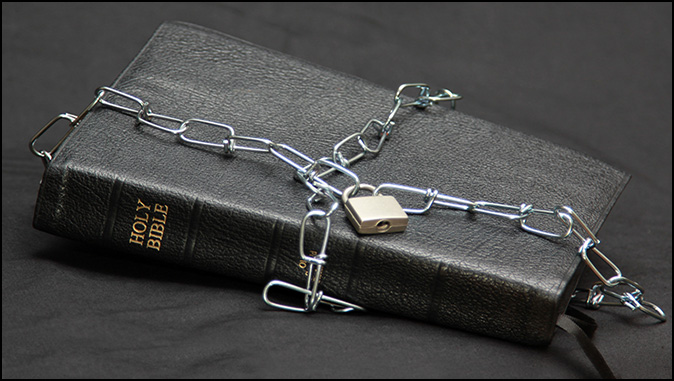 Are Christians Being Persecuted in America?
A slippery slope that bodes ill for the future.
By Raymond Ibrahim

Raymond Ibrahim, author of Defenders of the West: The Christian Heroes Who Stood Against Islam, is a Shillman Fellow at the David Horowitz Freedom Center.

A new study by Lifeway Research found that more than half (54%) of the 1,005 Americans surveyed believe that religious freedom is eroding in the United States. Even more, 59%, said that the treatment of Christians and intolerance for their beliefs is getting worse.

What does one make of these statistics? Relevant Magazine — a Christian publication the tagline of which is “God, lifestyle, and progressive culture” — is a good place to start. Responding to these findings in a recent article, it gets it right by arguing that, whatever Christians in America may be experiencing, they are certainly not being persecuted the way their counterparts are in other nations around the world:

Conservative Christian groups [in America] have a lot to celebrate. The Supreme Court overturned Roe v. Wade and delivered a big win to Christians who want to pray in public schools. These are big, historic decisions and they don’t square with a narrative of diminishing religious liberty for Christians. This is especially true on the global scale. Open Doors USA’ World Watch List keeps track of the countries where it’s most dangerous to be a Christian, and the stories on their meticulously detailed database are heartbreaking. Christians in places like Afghanistan, North Korea and Somalia can be imprisoned, tortured and even killed for their faith. Persecution against Christians is real and we should be talking more about it. But it’s not what the American Church is facing, and conflating what’s happening in other countries with online backlash and political spats in the U.S. does a disservice to that conversation.

That said, the Relevant article gets it wrong, very wrong, by minimizing what is happening in America. It argues that what Christians in the U.S. are experiencing,

“isn’t so much about actually losing religious freedom as it is losing the war for vibes…. Christians may not like being confronted with different opinions or having to make space for others in a diverse environment, but that does not necessarily mean they’re being met with outright intolerance. It simply means giving others the same freedom you want them to give you.”

Such reasoning only makes sense in a vacuum; for it fails to take into account that—unlike all of those other non-Christian nations around the world where Christian minorities are being persecuted — America was founded as a Christian nation. The fact that it is where it is today — where Christians, who still form the majority of the citizenry, are experiencing any kind of intolerance, harassment, or discrimination — is suggestive of a gradual but slippery slope that bodes ill for the future.

Put differently, if American Christianity was as influential as the Relevant article implies, there never would have been a Roe v. Wade, questions over public prayer — or any of those many other cultural “values” that currently supersede and directly contradict Christian principles — in the first place; just as principles that directly contradict Muslim, Hindu, or Buddhist values have little impact on Muslim, Hindu, and Buddhist nations, where their values reign supreme and uncontested.

Imagine a line, a continuum, from 1 to 10. The number 1 represents nations that prioritize their religious principles, and 10 represents nations that have completely abandoned their faith. Most of the non-Western — especially Muslim — world is, I would argue, probably between 1 and 3. Where is the U.S. on this scale in regards to its founding faith? Somewhere between 6 and 8? Maybe worse?

Such a placement is hardly a “big win” for Christianity in America, nor does it suggest that “conservative Christian groups have a lot to celebrate,” as Relevant claims. Rather, it shows just how irrelevant Christianity has become.

More to the point, as America gets closer to 10 — and as the number of actual Christians continues to dwindle — prepare to see a concomitant rise in real and actual persecution, the sort experienced in the non-Western world.

The story of America, as history will eventually record, is, I fear, the story of one long slippery slope — the individual bumps of which are subtle, gradual, and thus imperceptible — into destruction.

It is, in short, the story of the Boiling Frog.