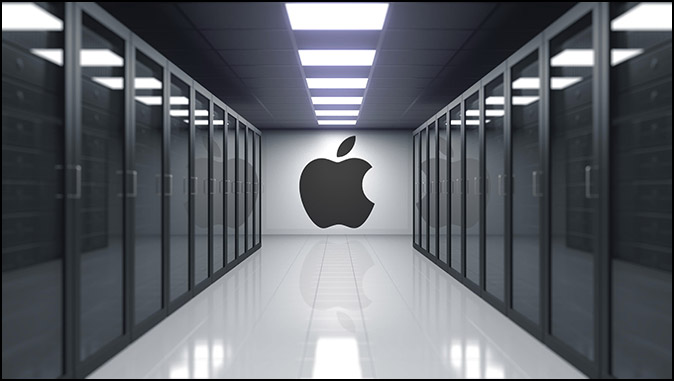 Apple Crushes Dissent in America and China
Suppressing protests in China and censoring Twitter in America.
By Daniel Greenfield

The largest lockdown uprising in China took place at facilities run by Apple’s Foxconn supplier where workers had previously jumped to their deaths. After thousands fled the Apple gulag, making their way through the woods and rural areas to freedom, other employees battled with Communist authorities over abusive conditions and treatment in the iGulag.

Apple had nothing to say about the rights of those workers who thought differently enough to break free and fight back. If they were foolish enough to have iPhones, there’s little doubt the company would have eagerly helped authorities track them down to be imprisoned or killed.

“Think Different”, Apple’s slogan, actually means collaborating with a Communist dictatorship where thinking differently is a crime. And it also means suppressing free speech in America.

But that is what the company has always been behind the reality distortion field of its ads. “Think Different” has never meant anything other than, “Shut up and do what the visionaries tell you.”

In the 90s, to celebrate the return of its co-founder, Apple launched an ad campaign with the slogan, “Think Different.” The campaign with its images of Einstein, MLK, Lennon, Edison and Picasso was meant to suggest that Apple was a unique creative company for aspiring geniuses.

And soon Steve Jobs joined the pantheon of those geniuses. But behind the ad campaign meant to appeal to narcissistic hipsters with disposable incomes was a harder truth.

Jobs, the talented marketer who had positioned Apple as the company fighting totalitarianism with its 1984 ad, was aggressively offshoring the company’s labor to Communist China.

What China had to offer was mass production under a ruthlessly totalitarian system that would, when Jobs decided to revamp the iPhone a month before launch, wake up 8,000 workers at midnight for a 12 hour shift.

At an Obama dinner, Jobs bluntly confirmed, “Those jobs aren’t coming back.”

“What U.S. plant can find 3,000 people overnight and convince them to live in dorms?” Apple’s supply manager asked.

The dorms, where 12 workers live to a tiny room, everyone is monitored and so many have committed suicide that nets were put up to catch the bodies, were the real “Think Different”.

Steve Jobs loved China and the Communist dictatorship loved him back. His famous black turtleneck appeared to echo the Mao suit. There are golden busts of Jobs in China looking like a Communist dictator.When Jobs died, there was hysterical mourning in China. There was no mourning for the deaths of workers at the Foxconn plants where Apple products were made.

A year before Jobs died, fourteen men and women jumped from buildings at Apple’s Foxconn Chinese contractors. Their deaths occasioned much less interest than the outpouring of grief for the author of their misery.

In a notion that could have only come from a satirical story by Kafka and Philip K. Dick or a real life Communist dystopia, workers were forced to sign contracts promising not to kill themselves.

Afterward nets were hung up to catch the falling bodies.

After Jobs’ death, his widow took the money to build the Emerson Collective, pushing social justice in the fine tradition of atoning for evil with more evil, while CEO Tim Cook developed an even more incestuous relationship with Communist China that included signing a secret $275 billion pact to help Communist China develop “the most advanced manufacturing technologies” and vowed to use even more Chinese technology in Apple’s products.

When the Hong Kong protests began, the streets filled with young men and women, most of whom not only owned Apple products, but believed the hype that it was a noble company that didn’t just make gadgets, but aspired to harness human creativity for a better world.

Instead, Apple quickly moved to suppress the protests by removing an app used by the protesters to avoid police. Apple sanctimoniously declared that the protests were endangering “law enforcement and residents in Hong Kong” and claimed that it was responding to “concerned customers” worried that the popular protests threatened “public safety”.

That statement could have been and may have been written by the Communist regime. It should have been enough to finally expose the myth that Apple is animated by a creative spirit, rather than power, greed, and a willing collaboration with Communist mass murderers.

But with protests breaking out against Zero COVID tyranny breaking out in China, people were once again surprised when Apple rushed to aid Communist China’s crackdown by preventing protesters from using AirDrop to communicate and coordinate their activities.

The company wasn’t just once again collaborating with a Communist dictatorship responsible for the murder of countless millions, but it was screwing its own users, the naive students who had paid premium prices for its slave labor products because they believed in Apple.

They believed, like so many Americans and Europeans, that Apple stood for something.

And Apple does. It stands for tyranny.

That’s why Apple is threatening Twitter’s place in its app store because under Elon Musk the platform has begun to offer the very thing Apple is helping China stamp out: freedom.

It’s a mistake to believe that Apple is just doing what it’s told. That’s a fundamental misunderstanding of the company as unfortunate as the one by the protesters risking their lives while believing that Apple wouldn’t kick the chair out from under its users and their movement.

Apple isn’t a great American company, it’s a great Chinese company. Its fundamental worldview is Maoist. Its simplicity of control isn’t just about manipulating interfaces, but people. Its ad campaigns, from ‘1984’ to ‘Think Different’, have always been regime propaganda. Jobs, unlike his genuinely talented co-founder, Steve Wozniak, held people in contempt. His vision of technology was essentially Communist: depriving people of control for their own good.

China had always understood Steve Jobs, with his Maoist turtleneck, his minimalist aesthetics, ruthlessness and conviction of his own genius, far better than we ever did. The real message of “Think Different” wasn’t that everyone ought to think differently, but that geniuses are a superior group who ought to have the unlimited power to rigorously implement their vision. That is what China offered Jobs. And what Apple offers the Communist elite is the power behind their vision.

Apple’s vision for America isn’t any different than for China. In both countries, Apple helps a leftist elite implement its collectivist vision by offering customers a poisoned chalice of convenience in exchange for data harvesting and control. The company doesn’t empower its customers, it tricks them into giving up control so that they can be better controlled.

That is why it’s coming for Twitter and threatening it over its newfound free speech.

“We have created, for the first time in all history, a garden of pure ideology,” a Big Brother analogue intoned in Apple’s famous 1984 commercial, “secure from the pests purveying contradictory thoughts.”

Jobs was a fan of Orwell’s book. Unfortunately he viewed it as a manual.

Apple has used its illegal app store monopoly to create a walled garden of apps along a pure ideology, secure from contradictory thoughts. Now, much as China is purging political opposition, the company that helped define its new age, is doing the same thing here.

Jobs, who once claimed that PCs were totalitarian and Apple was “the only force that can ensure their future freedom” helped build an oppressive operating system tethered to an app store calculated to deprive users of their freedom. That integrated hardware and software monopoly is one of the great threats to freedom in America and China.

As we approach a 2024 election, more legislators are waking up and fighting back against Apple’s walled app store of ideology. And if the Communist collaborating company comes after Twitter, it may discover that the whirling sledgehammer from its 1984 ad is coming its way.