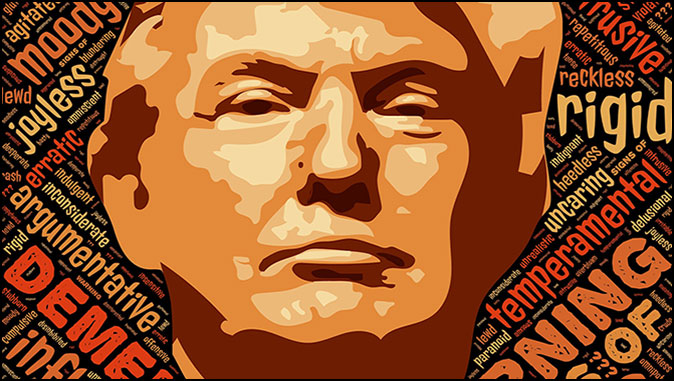 The Freedom Center’s Stopk12Indoctrination.org program was recently contacted by the mother of a student at Crescenta Valley High School who is deeply concerned about the leftist propaganda her daughter’s teachers are spewing in the virtual classroom. Crescenta Valley High is part of the Glendale Unified School District, which is located in the mostly-liberal Los Angeles area of California. The mother asked to remain anonymous to protect her daughter and family from possible retaliation.

The daughter is currently enrolled in a Government class where the teacher delivers near-daily rants complaining about how “stupid” President Trump is and how conservatives are destroying the world.

“You can tell that when she brought up anything that was happening she was blaming the conservative side…clearly very, very biased, calling the president ‘stupid’ and calling the him ‘Trump,’ you know she would never refer to him as ‘The President,’” described the student’s mother.

In a letter to the school’s administration, the mother described the many instances of indoctrination she has witnessed from this teacher in just the past few weeks. After the first presidential debate, for instance, the teacher “asked the students to create headlines about the previous night’s debate. Rather than acknowledging that both candidates sunk to a new low in the debate – there was name calling and childish behavior from both sides – she singled out student’s headlines that she happened to agree with and were critical of the President to praise and laugh at with the class. There was no attempt to hide her bias toward Trump. She also accused Trump of pulling ‘illegal shenanigans’ and explained how he has an ‘evil but smart plan’ for winning the election.”

“If you need other examples of Mrs. [X]’s inappropriate behavior consider the following,” the mother’s letter continued. “When the topic of whether or not mail-in voting can be more susceptible to fraud than in-person voting, she denied there was ‘any evidence’ of this fact. While it may not be as wide spread as what the President was stating (yet), there certainly is evidence of voter fraud connected to mail in voting…”

“We strongly suggest you have a conversation with Mrs. [X] before we have a chance to speak reminding her that she is an ‘educator’ not a Democrat evangelist,” the mother concluded. “These are impressionable young minds and they have a right to hear both sides and decide for themselves what they believe in.”

Following the letter detailing the indoctrination, the mother received a phone call from the Vice Principal of her daughter’s high school. He claimed to have spoken with the teacher and promised to send out emails to all the faculty, reminding them of appropriate classroom conduct. The mother was hopeful that her daughter’s teacher would henceforth stick to the curriculum and cease the relentless indoctrination, but sadly that was not the case.

The mother made it a point to listen in on some of her daughter’s government classes and realized that nothing had changed. “I was like, wow, she’s still doing the same thing,” the mother told Stopk12Indoctrination.org. “I started really trying to listen and then I realized this is wrong… She’s not just talking about politics and what have you. She’s clearly making it try to seem like the conservatives are terrible people, ‘I can’t believe what they’ve done to our world’…..All I can hear is the teacher’s voice talking, talking, talking…she’s lecturing on and like brainwashing them.”

The mother then attempted to raise the issue on social media. While she received support from a number of other parents, many, she says, acted like she was a “liar” who was “out to get the teacher.”

Nor was this her daughter’s first brush with indoctrination at the school. The previous year, the daughter was taught by a male teacher who proudly displayed a sticker stating “Friends Don’t Let Friends Vote Republican” in his classroom and called President Trump a “fascist pig” in his lectures.

The mother has a stepdaughter who also took a class with this teacher and is now so at odds with her father’s political views that she refuses to speak with him. “We’re not just separating people, we’re separating families over politics,” the mother said. “And I blame the school. Because the school is the one that made her believe it, that brainwashed her into it. She doesn’t even want to talk to her dad anymore over it.”

In researching the official school board policies of the Glendale Unified School District, StopK12Indoctrination.org discovered that the district has a policy specifically prohibiting the use of the classroom to promote controversial or partisan political views. GUSD Board Policy 6144 on “Controversial Issues” states that “In leading or guiding class discussions about issues that may be controversial, a teacher may not advocate his/her personal opinion or viewpoint.” The policy further instructs teachers to provide “Adequate factual information…to help students objectively analyze and evaluate the issue and draw their own conclusions” and states that “Instruction shall be presented in a balanced manner, addressing all sides of the issue without bias or prejudice and without promoting any particular point of view.”

Despite the clear language of this official policy, it appears that school officials at Crescenta Valley High have done little to enforce it.

StopK12Indoctrination.org advised the mother to continue documenting instances of indoctrination in her daughter’s classes and to seek to form a coalition of like-minded parents to protest this blatant politicization of public education and violations of district policy.