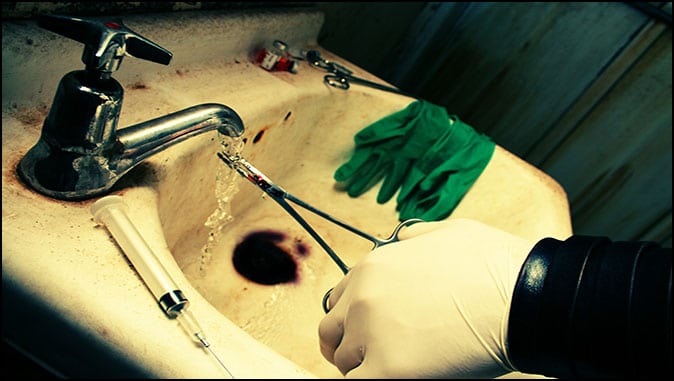 An Open Letter to Pro-Abortion Advocates
Are you really sure that abortion is “a right”?
By Don Feder

By all means, please continue to make yourselves progressively more obnoxious. You’re helping us to end abortion.

There is no right to abortion. Abortion is a negation of rights, including that most fundamental of rights – the right to life.

There is no right to abortion anywhere in the Constitution – in the Preamble, the First Amendment or the Commerce Clause. In 1973, the Supreme Court decided to create a right to abortion because they felt it was a terrible burden for women who became pregnant to carry their children to term.

The way the court went about it wasn’t even clever. First, it asserted a non-existent right privacy in the First Amendment. Prior to Griswold (1965) no one even knew it was there. Then it discovered a right to abortion lurking in the penumbra of that pseudo-right.

The result is 64 million abortions since 1973, with you and your allies in the Democrat Party (Murder Inc.) taking the position that abortion should be legal up to the moment of birth – and perhaps beyond. What distinguishes this from infanticide is beyond me.

Since Roe v. Wade, almost one in four American women has had an abortion. African Americans account for 38% of all abortions – almost three times their percentage of the population. (Some might call it genocide.) That’s what Planned Parenthood Founder Margaret Sanger planned all along. Sanger was a eugenicist who wanted fewer Americans of color. How proud it must make to you feel to know you’re helping her in that noble undertaking.

Regarding your alleged protests, free speech does not include:

– Firebombing and vandalizing pregnancy resource center, whose only goal is to help women to keep their children. Do you want every pregnancy to end in abortion?

– Picketing in front of the homes of conservative Supreme Court justices, banging drums and screaming through loudspeakers.

– Disrupting church services. In one case, demonstrators stripped to their underwear – and they weren’t even attractive.

– Threatening to kill your opponents. (“If abortion isn’t safe, you won’t be either.”)

Here’s a news flash: You’re going to lose. Reason and morality are both on our side.

Everything pro-lifers predicted has come to pass – including infanticide, euthanasia, gender-selection abortions and the commercial use of fetal tissue.

When Roe was inflicted on the nation, the famous Talmudist Rabbi Joseph Soloveitchik declared: “If you kill a fetus, the time will come when infants will be killed.” To this you replied – “Fine, kill infants!” – those fully formed children who are just moments away from birth. The logic is irresistible.

After 3,300 years of Judeo-Christian civilization, you’ve taken us back to the age of human sacrifice. In the Ancient World, pagans sacrificed children to propitiate their bloody gods.

You’re fighting to maintain the right to sacrifice children to your gods – gender ideology, sex divorced from values and rights without responsibilities.

After Roe is repealed, you promise a Summer of Rage. I say, bring it on.

The more you shriek, threaten, desecrate and vandalize, the more it drives the middle to our side. They can’t help but be revolted by your tactics.

After the repeal of Roe, abortion will still be legal in the states you control, states like New York, California and Illinois – states, by the way, which are on the verge of collapse, due rampant crime, over-taxation and other manifestations of progressivism. Here, abortion-on-demand is a perfect fit.

You could fight it out in the state legislatures and the court of public opinion. But, no, you want unrestricted and unlimited access to abortion handed to you on a silver platter by a compliant judiciary.

You also want it paid for by taxpayers, including those who find the procedure abhorrent. You want to force medical personnel to participate in the carnage – even when doing so violates their conscience. And, while asserting your “right” to harass justices, you want to prevent your opponents from protesting at abortion clinics. Choice for thee, but not for me.

None of this makes sense. But then, nothing about legalized abortion does.

That sound you hear emanating from rallies, pickets, marches, vandalism and exhibitionism is the death-rattle of a misbegotten movement.

In other words, dear pro-aborts, you’re helping us to put abortion in its grave.