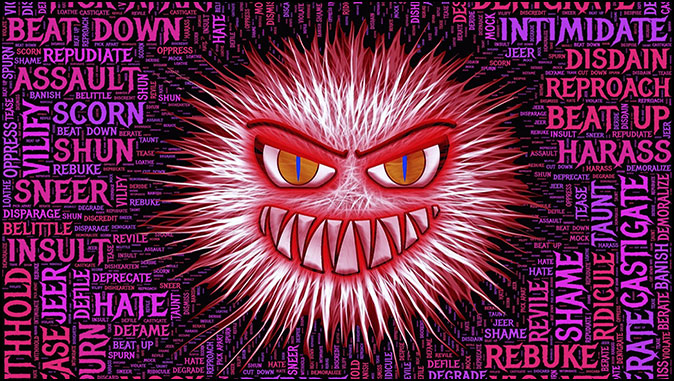 An Election Between Love and Hate
Why are President Trump’s rallies packed while Biden’s rallies are deserted?
By Daniel Greenfield

Why are President Trump’s rallies packed while Biden’s rallies are deserted? Where were all the Democrats who joined in the Black Lives Matter riots, who packed the streets of D.C. for the Women’s March, who are wailing in front of the Supreme Court and burning down Portland?

The Democrats aren’t campaigning for Joe Biden, but against Donald J. Trump.

The Biden-Harris ticket is a placeholder, two candidates picked by Wall Street and Hollywood, by corporate donors looking for the best angle, bringing together a friend of segregationists and the woman who accused him of racism, and then negotiated with the party’s socialist wing to split the difference between the prospective administration’s crony capitalism and socialism.

Nobody’s going to a rally for that.

The 2020 election can be boiled down to love against hate. It pits MAGA against the 1619 Project, those who love this country against those who want to destroy it. At Republican rallies, American flags are waved, at Democrat riots flags, churches, and shops are burned. The active part of the Democrat base won’t show up to a Biden rally because they won’t be allowed to destroy things, and because they’re not animated by the positive, but by the negative.

The Left’s radical change agenda isn’t born out of idealism, but cynicism. To get to the point where it can gather in mobs, topple statues, and tear down the United States, its followers have to believe that this country is fundamentally evil. Critical race theory is so popular because, like the more conventional Marxism before it, it resonates with what the mobs already believe.

Inside all the theories, articles, and plans to remake society is a great emptiness. The members of the mob are moved more by what they oppose than what they support. They can articulate hatred of the police, but not a serious proposal to replace them, they rage against America, but when they erect their CHAZ and CHOP replacements, they boil down into anarchy and violence.

All the plans to build a better world are only sanctimonious pretexts for destroying this one.

Biden isn’t really on the ticket. The destruction of America is the only candidate that the Democrats can put up anymore. When that candidate viscerally embodies the destruction, as only Biden’s boss ever truly did, then the rallies take off and the crowds faint at his word. But when, like Biden, the candidate is a Potemkin village putting up a facade of normalcy for the destroyers, then the crowds stay home, tweet furiously, or knock over a convenience store.

What enrages the radical mob isn’t oppression or injustice. That’s just what they call normalcy, stability, or any attempt to preserve the United States, a neighborhood, or a corner store.

They’re not voting for Biden. Or for anything. They’re not capable of being for things, only against them. The only thing their principles ever amount to is self-righteous outrage.

This election will test if their hate is stronger than the love Americans have for their nation.

Do Americans want to preserve their nation or destroy it in a furious tantrum while insisting that with their superior moral sensibilities they can build something better out of the rubble. The 1619 Project, critical race theory, the cancellation of everyone from Christopher Columbus to George Washington to Abraham Lincoln is an expression of profound disgust and contempt for America.

Make America Great Again is an expression of love for what America was and can be again.

MAGA rallies are filled with bright colors, while the mobs rampaging through American cities wear black. The clashing iconographies of red, white, and blue flags, and black power fists, starkly convey the choice between light and darkness, life and death, and love and hate.

Can hate drive more people to the polls than love? Is the lust to destroy more powerful than the drive to create? That’s the true question on the ballot.

This election isn’t just about the candidates. It’s about us.

The Democrats, like the rest of their leftist brethren, are at their most impassioned when they are running against something they truly hate. Each notable burst of political derangement aimed at a Republican, whether it was Nixon, Reagan, Bush, or Trump, led to an outpouring of ideological ferment, tactical innovation, explosive violence, and artistic creativity. When they lack an object for their hatred, then they recede into political mediocrity and impotent fuming.

The Left is at its best when it is also at its worst. It derives its sense of purpose and meaning not from within, but from hating its enemies. When it has purged all its enemies, its regimes decline into a state of mediocre misery until the great utopian system rots and falls. When there is nothing to fight against, no wars to make or lives to take, it is swallowed up by its emptiness.

Republicans are at their best when they sense an opportunity for national rebirth. Their high points, and there have been few, come when they sense that a sleeping giant is awakening. And then the scattered members of the silent majority who lack the organization and ideological consolidation of their enemies, rise with the tide, ready to rebuild the nation’s greatness.

Republicans and Democrats both need Trump for very different reasons. The Left needs him because it needs someone to hate. Its raptures of hatred inspire it to new extremes. The rage that animates it at the presence of someone like President Trump makes it feel truly alive.

The Left needs to destroy President Trump, but it also needs him to give it a sense of meaning.

And it is in the nature of the Left to destroy those things which give it meaning. Its drive to destroy Trump, like its drive to destroy America, is a manic obsession. After four years, it has the opportunity to truly live out its death wish because it is not only out to destroy America. Deep down, the Left also wants to destroy itself. Its ideologies have always been suicide notes. The sum total of them, from anti-capitalism to environmentalism to critical race theory to degenderization, is a compelling argument for why nothing should be allowed to exist.

That is what is at stake in this election. To call this hate understates the case. The other side of utopia is despair. If the world can’t be perfected, and it can’t, it must be destroyed. And since no amount of perfection can overcome the rage and unhappiness behind the feigned idealism, all the utopian deconstruction of what is eventually ends in barren lands and mass graves.

That is the dark heart that MAGA is running against. It asks Americans not to hope, but to build.

As the days of the calendar take us toward Election Day, a nation must decide between love and hate. Democrats will strive to win an election on the empty dregs of hate. They are running on nothing but antipathy, to President Trump and to America. Republicans must remember that they are not only running against something, but that they are running for their country.

America has had its dark hours, but it rose, grew, and thrived because our drive to build was stronger than our drive to destroy. That is why we came out of every war, no matter how devastating, stronger than ever as long as we believed in the future. When the time came that we no longer believed, even the lightest wars became hopeless affairs we couldn’t recover from.

The Democrats are still caught in that hopeless hate. They have nothing to love. The past is evil. History is a morass of crimes. The nation was stolen through genocide and built on slavery. Every historical hero is soon exposed as a monster. And the future holds more of the same.

The oceans are rising. Global warming will soon turn the parts of the world that aren’t underwater into desert. Mankind and all life on the planet is on the verge of extinction. And human greed is to blame. Wouldn’t it be better if the human race does indeed disappear?

Republicans have a nation and a storied history to love. The heroes of the nation are at their backs. And the future is one of promise or plenty, not misery and extinction. All they have to do is claim it. Hate is strong, but love, when it taps into the wellsprings of nationhood, family, and faith, is far stronger. Rage is powerful, but hollow. It is no match for the great love of a nation.