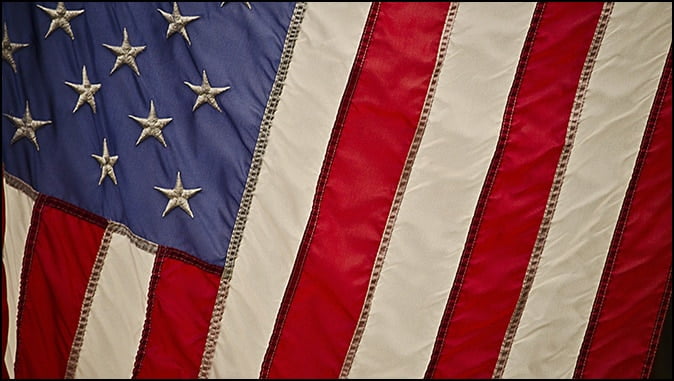 America at the Crossroads of Liberty & Tyranny
By Dr. Robert Youngblood

Spiritual battles have burst through to our physical world, and we can ignore them no more without dire consequences – freedom and liberty in America are under attack.

Before COVID-19, I would have written “Fear chips away at freedom.” However, the viral strength of the current fear has increased the speed and damage being done to the biblical foundations found within the Constitution and the Bill of Rights.

This is why I say and have written before that Christians must “Pray Against the Lies Killing Our Liberties.” Since then, I’ve grown stronger in my belief that America’s current climate is progressing rapidly to align with the precursors which created the socialist rise to power in Germany prior to World War II.

There, as it has here, it started with leaders either telling lies or being lied to from those who influenced them. There the lies were intentional. Here they seem to be a combination of intentional and unintentional lies, misinformation, or genuine mistakes.

Regardless, these have fed the fear, and constitutional rights are being assaulted and battered as a result.

One headline reads “Your Fears Don’t Trump My Rights” in response to the Raleigh Police Department declaring “protesting is a nonessential activity.” They are only partially right. Yes, it is an “activity” essentially protected by the First Amendment.

As Christians we should remember the First Amendment also protects our religious liberties. The American Family Association is currently requesting readers to write their governors to protect religious liberty as seen in the blog “Officials Trying to Shut Down Drive-in Worship Services.” Just click there and find the link to send an email to your governor. It’s a very easy step to take to help guard your freedoms.

The examples will continue to grow, but thanks to the fast-acting Department of Justice, they will grow less quickly. Here in Mississippi, a Greenville mayor forbade the gathering of a drive-in worship service. The police issued $500 tickets to those who dared disobey the mayor. The DOJ got involved (see here and here).

Ilya Shapiro of The Federalist wrote, “These ridiculous examples of petty tyranny led to my most viral tweet ever: ‘Angered by citations for being in park with nuclear family, or in car at church, or running on the beach. Or ‘non-essential’ goods roped off in stores. These things have nothing to do with fighting the virus and everything to do with power-hungry politicians and law enforcement.’

Unintentional lies fall under the category of expert authority, predictions, pride, and error. Interestingly, some of the intentional lies might be the lies of “expert” journalists as they blame Trump hoping to influence our 2020 elections. If so, this may backfire on them.

“The left blames President Donald Trump for our crisis (as if only America is undergoing economic ruin and loss of life),” wrote Dennis Prager. “If they were honest, they would blame reliance on ‘experts’ and ‘modeling.’ But they hate Trump more than they love Americans – or truth.”

Models attempt to use expert knowledge to predict the future. We should all heed Smithsonian Magazine’s conclusion to the article “Why Experts are Almost Always Wrong.” The author wrote, “The moral here? We really have no idea what’s going to happen, ever.”

Bad data or information means bad decisions. Combine this with fear, and the chances of poor decisions and subsequent consequences multiply.

Models fail because they often try to predict the future as a point versus a high range/low range while simultaneously avoiding what the experts ARE good at doing.

“The point is the predictions of even a world-class expert need to be discounted,” wrote Dan and Chip Heath authors of Decisive: How to Make Better Choices in Life and Work, “in a way that their knowledge of base rates does not. In short, when we need trustworthy information, go find an expert – someone more experienced than you. Just keep them talking about the past and the present, not the future.”

One writer shares in an article how one scientist looked at the past to draw a point in a direction perhaps America is ready for now. “Professor Yitzhak Ben Israel concludes in his analysis summary paper that the data from the past 50 days indicates that the closure policies of the quarantine countries can be replaced by more moderate social distancing policies. The numbers simply do not support quarantine or economic closure.”

There’s more within the Heath book which could help our leaders, but alas, it may be too late. However, we as Christians, hold the trump card and I’m not referring to President Trump either.

America’s strength has come from its biblical foundations which are weaved and infused through our Constitution and Bill of Rights. How I ended my previous blog is how I will end this one:

“To get nations back on their feet, we must first get down on our knees,” said Billy Graham

God may still cause America to fall, but let it not be because we as Christians neglected His commands. Let’s pray for our leaders and use our votes. There are Christians in other countries who would die to vote in their elections, and many have died because they couldn’t. The saddest of all were the German Jews and Christians who didn’t vote when they could.

Come what may – pray, vote, pray. Most of all, trust God and obey.

Iran Nuclear Deal at a Crossroads

The Obama Legacy: Unraveling a Legacy

The Obama Legacy: Unraveling a Legacy By Nathan Jones Will America ever recover from President…

U.S. Senator Tom Cotton Calls Out 1619 Project for Revisionism By Christine Misner The 1619…