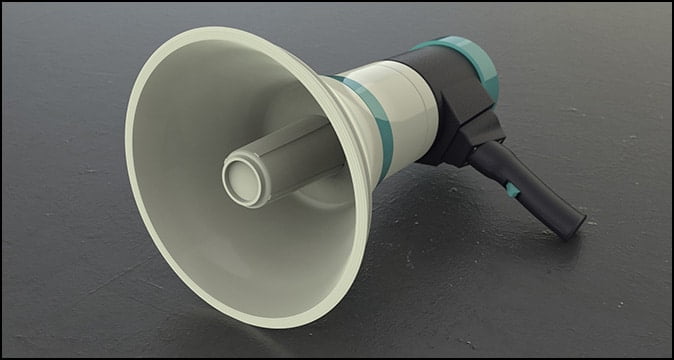 ‘Allahu Akbar!’ BBC Broadcasts Islamic Call to Prayer for the First Time
What could possibly go wrong?
By Robert Spencer

Global Village Space reported Wednesday that “in a first, BBC begins the broadcast of Muslim prayers on its network as mosques shut down across Britain, part of the extensive measures against coronavirus.” In today’s Britain, it is extraordinarily unlikely that the BBC will stop broadcasting the adhan, the Islamic call to prayer, once the coronavirus pandemic is over. A cultural line has been crossed. And the implications of this, beyond the expected hosannas from the usual proponents of globalism and multiculturalism, are ominous.

According to Global Village Space, “different imams lead the 5:50 am broadcasts every week on Friday from 14 local radio stations of BBC. The imam recites verses from the Holy Quran and quotes of Holy Prophet before delivering the sermon and leading the listeners in prayers. The program is titled, ‘Islamic Reflections’. The arrangements have been made to facilitate the Muslim community to the run-up to the month of Ramadan till the end of April.”

The BBC is no doubt thrilled to do this, as it demonstrates how “inclusive” the mega- network is, and how welcoming British society is. Chris Burns, the head of BBC Local Radio, was dead chuffed, saying: “Local radio is all about connecting communities, and we hope these weekly reflections will go some way to helping Muslims feel a sense of community while they are isolating.”

BBC CWR presenter Phil Upton added: “Ramadan is just a few weeks away and I appreciate that for many that’s a big void to fill with as many as one and a half hours of your day, especially in the evening, in Ramadan month, spent in your local mosque. With many local mosques being closed because of the coronavirus outbreak there’s an overwhelming sadness with the loss of your spiritual connection that can be gained from congregational prayers, so we are trying to fill the void in some small way with Islamic reflections.”

Well, that’s wonderful, but when the BBC broadcasts the Islamic call to prayer, what exactly is it broadcasting? The adhan, prayed in Arabic, goes like this:

Dr. Gavin Ashenden, former Chaplain to the British Queen, who resigned his position in protest against a Qur’an reading in a Scottish church, observed that “the Muslim call to prayer is a dramatic piece of Islamic triumphalism. It proclaims Islam’s superiority over all other religions, and in so doing casts Jesus in the role of a charlatan and a liar. The Muslim god, Allah, is unknowable and has no son. Jesus was, therefore, a fraud in claiming He and the Father are one.”

Is the BBC, the government-funded broadcasting agency of an ostensibly Christian land, really wise to broadcast a declaration of the superiority of another faith, one that directs its adherents to make war against Christians and subjugate them as inferiors under the hegemony of believers (cf. Qur’an 9:29)?

Is the BBC wise to broadcast the cry “Allahu akbar,” beloved of jihad terrorists the world over? Chief 9/11 hijacker Mohammed Atta wrote this in his letter to himself before carrying out his jihad mission: “When the confrontation begins, strike like champions who do not want to go back to this world. Shout, ‘Allahu Akbar,’ because this strikes fear in the hearts of the non-believers.” This is why the Fort Hood jihad killer, Nidal Malik Hasan, shouted it as he shot thirteen Americans in November 2009, and why so many other jihadis have used it essentially as an announcement that non-Muslims are about to die.

But in Britain today, any such concerns will be dismissed out of hand as “Islamophobic.” BBC officials, and the British government, are no doubt certain that Muslim communities in the country will be grateful that the BBC is broadcasting Islamic prayers, and will redouble their efforts to become loyal, productive British citizens, marching together with non-Muslims in Britain into the glorious multicultural future. That’s the way it will work out. Isn’t it? No Muslims will take seriously the adhan’s declarations of Islamic superiority and heed the Qur’an’s calls to wage war against unbelievers. Will they? In multiculti Britain today, such an idea is inconceivable!

Robert Spencer is the director of Jihad Watch and a Shillman Fellow at the David Horowitz Freedom Center. He is author of 19 books, including the New York Times bestsellers The Politically Incorrect Guide to Islam (and the Crusades) and The Truth About Muhammad. His latest book is The Palestinian Delusion: The Catastrophic History of the Middle East Peace Process.