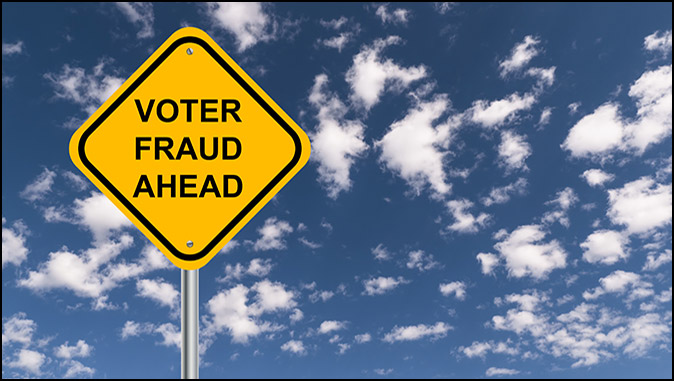 Alabama County Commission Chair Busted for Ballot Harvesting Fraud in Democrat Primary
“One indictment charges Turner with “stuffing the ballots into a machine.”
By Daniel Greenfield

This couldn’t have happened because the media has spent all these years telling us that it doesn’t happen.

The son of Alabama civil rights activists has been indicted on charges of voter fraud, but he called the accusations nothing more than “political theatre.”

Perry County Commission Chairman Albert Turner Jr. has been charged with voting more than once and violating Alabama’s law that prohibits the fraudulent collection and filling of other people’s absentee ballots. The charges were announced Wednesday by Alabama Secretary of State John Merrill and District Attorney Michael Jackson.

Jackson, whose office serves Perry, Dallas and Bibb counties, said one indictment charges Turner with “stuffing the ballots into a machine (a tabulator) for the candidates he supports” at the voting place located at the Old Armory” during the May 24, 2022 primary.

The second charge claims that in the November election Turner presented multiple completed absentee ballots for mailing at the post office, an illegal practice known as “ballot harvesting.”

“He was stuffing the machine with the ballots that he had already filled out for the folks he was supporting. He did that for a good little while, and he had some folks distracting the poll watchers,” Jackson said.

If this were California, what he’d be doing would make him a ballot harvesting civil rights hero.

Jackson said the ongoing investigation will be handled by State Attorney General Steve Marshall’s office. Jackson will leave his office this month because he lost his re-election bid to Robert H. Turner Jr., who is Albert Turner’s cousin.

And that’s what party primaries look like. The general elections are even worse. We’re expected to believe that this stuff doesn’t happen…when it clearly does.