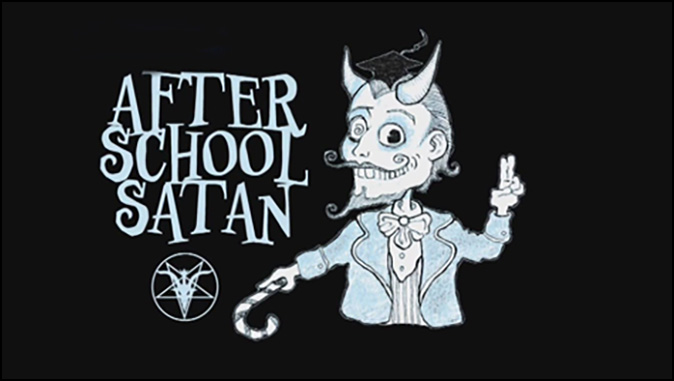 After-school clubs for elementary school children have become prevalent throughout the United States in the last few decades. As more families have either two working parents or, too often, a single working parent, the need for supervised care at the end of the school day has become essential. Although after-school care is vital to these families, we must ask who runs these programs? In two Midwest elementary schools, the answer is unnerving. The Satanic Temple has started an after-school program, and its pilot schools are in Ohio and Illinois.

The After School Satan Club at Jane Addams Elementary in the Moline-Coal Valley School District of Moline, Illinois has garnered national attention. However, it is not the only elementary school with this program. A Satanic Temple After School Club also operates in Lebanon, Ohio, at Donovan Elementary School, a part of the Lebanon City Schools.

School districts nationwide provide space to organizations, typically for a small rental fee. Initially, schools tried to control which groups utilized their facilities for after-school programming. However, after Milford Central School in Milford, New York prevented the Christian group, Good News Club, access based on their religious beliefs, the group filed a lawsuit against the school. The case went to the U.S. Supreme Court. Good News Club v. Milford Central School District was decided in 2001 in a 6-3 decision that states that schools that offer their facilities to groups after hours cannot deny any group based on religion under the 1st Amendment. Although this decision was intended to protect Christian groups, the Satanists are now using it to their benefit. Consequently, school districts cannot ban the Satanists unless they ban all after-school groups.

The Satanic Temple is based out of Salem, Massachusetts and has several chapters across the country. They are determined to provide an after-school program and it appears they intend to spread it nationwide. Their original program started in 2016-17 in Utah, Washington, and Oregon. This program was put on hiatus when schools closed due to COVID-19. Now that schools are reopening, the Satanists have reorganized and relaunched the new program in two Illinois and Ohio elementary schools, leaving parents outraged with their school districts.

Both the Campaign Director, June Everett, and the Co-founder of the Satanic Temple, Lucien Greaves, claim that the program is not teaching children Satanism. However, it is undoubtedly a program intended to oppose Christianity. The group openly states that the clubs are placed in schools with another after-school program, Good News Club.

Child Evangelism Fellowship (CEF), founded by Jesse Irvin Overholtzer in 1937 in Warrenton, Missouri, started Good News Club. The group states they are “a Bible-centered organization composed of born-again believers whose purpose is to evangelize boys and girls with the Gospel of the Lord Jesus Christ and to establish (disciple) them in the Word of God and in a local church for Christian living.” Good News Club is just one of the ways CEF spreads the Gospel to children.

The Satanic Temple is offended by the Gospel and opposes the love of Jesus Christ being presented to children. Lucien Greaves states that by creating the After School Satan Club, they can provide an alternative to religious clubs and prevent “horrific indoctrination.”

Ironically, Satanists claim that Christianity is indoctrination when it is evident that their own group is actively trying to indoctrinate children against religion in general and Christianity specifically. They claim they want to be upfront with who they are, hence why the group uses Satan in their name. However, the group is not upfront about their intended goal to eliminate the Christian faith and create an atmosphere that encourages children to denounce their parents’ beliefs.

We at Illinois Family Institute encourage families to get their children out of government-run schools. Organizations such as the After School Satan Club are just one of the groups that are trying to sway your children to leave behind Christian values and their religious faith – with the insidious goal of destroying family relationships. However, we also recognize that not every family is led by Christian parents. Not all families can or are willing to pull their children from government-run schools. For this very reason, we must continue to support groups like Good News Club. For some children, these groups might be their only opportunity to hear the Gospel of Jesus.