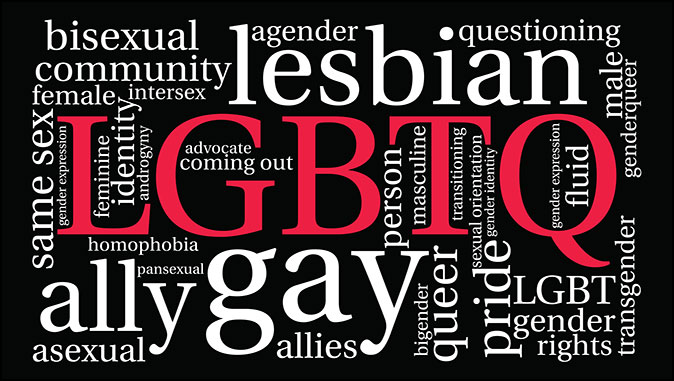 After Massive Propaganda for Decades a Record 5.6% of all Americans Identify as LGBTQ
By Julio Severo

A record 5.6 percent of Americans now identify as LGBTQ, the majority of whom say they are bisexual, according to a major survey. Such skyrocketing increase is no coincidence: For decades America is facing massive gay propaganda and indoctrination in the media and schools.

Gallup in February 23, 2021 published its survey on LGBTQ identification, showing an increase since the poll was conducted in 2017.

That is, from 2017 to 2020 — the years touted by many right-wingers as Trump years —, the gay propaganda advanced unopposed.

Usually, homosexuals are 1 or 2 percent of the population. But any product, sexual or not, receiving massive propaganda will get more sales. So it is no wonder that homosexuality is being embraced by high numbers of people. It is sheer marketing — made in USA.

While Christian nations as Russia have laws banning LGBT propaganda to protect children and teens against predatory homosexuality, the Trump administration did absolutely nothing to ban such propaganda. With Joe Biden, what was bad is getting worse.

Different from Russia, children and teens in America have no legal or cultural protection against the predatory LGBT propaganda. The only space in America against gay propaganda is conservative Christian churches.

Yet, in the larger American society, the LGBT propaganda and indoctrination run free and opposition to predatory gay efforts are censored. I had been censored by Facebook several times, including for posting a Bible verse against the homosexual sin. Before the 2020 U.S. presidential election, my official personal account was permanently banned by Facebook.

The Gallup survey confirms this.

The results of this survey, based on more than 15,000 interviews conducted throughout 2020 with Americans aged 18 and older, found that younger generations were more likely to say they are LGBTQ with one in six adults aged between 18 and 23 — or 15.9 percent — identifying as such.

Typically, Americans will buy more a product that is propagandized every day, and the homosexual product has been propagandized, extoled, praised and glorified day after day in the Big Media, schools, social networks, etc. But with a difference: While you are free to criticize any product and propaganda, you are not allowed to criticize the homosexual product and propaganda. You are allowed only to join the chorus praising them.

Even under Trump, who was considered “conservative” by many right-wingers, America was consistently becoming the New Sodom. With Biden, the New Sodom is advancing to the Great Sodom.

Trump lost a golden chance to fight the dark forces that are transforming America in the New Sodom, but he chose not fight gay “marriage” and other items of the gay ideology. Instead, he chose to defend gay “marriage” and launch a global effort to legalize sodomy around the world.

The Republican Party has praised Trump as the most pro-sodomy president in the U.S. history.

Left-wingers have no qualms to ban conservatives on Facebook and other places. Strangely, U.S. conservative politicians have all kinds of qualms to ban predatory gay propaganda and products targeting children and teens.

So the increase of young people embracing homosexuality in America 2017-2020 shows the failure of the Trump administration to address directly the excess of abusive freedom of the predatory gay propaganda, indoctrination and brainwashing products. If the Trump administration were conservative, it should have made efforts to protect children and teens from the predatory gay propaganda, indoctrination and products.

Biden is doing everything possible to advance predatory homosexuality. No one has doubts about it. He is not letting left-wingers down. But what many conservatives are wondering is: “Why didn’t Trump do everything possible to ban predatory gay propaganda, indoctrination and brainwashing products to children and teens? Why did he let conservatives down on the homosexual issue?”

With left-wingers ruling America, the number of young people choosing homosexuality will increase year by year. And if other Trumps are elected to represent conservatives, nothing will hinder other increases.

Free speech in today’s America is at the exclusive service of left-wingers, who can ban or promote anyone at will. With them, America is headed to become the Great Sodom. But what conservatives are doing to protect America and her children from the homosexual onslaught?

What happens when a nation does not want to protect its own children?

If a society is headed to destruction when socialists promote homosexuality, what happens when both socialists and right-wingers do it?