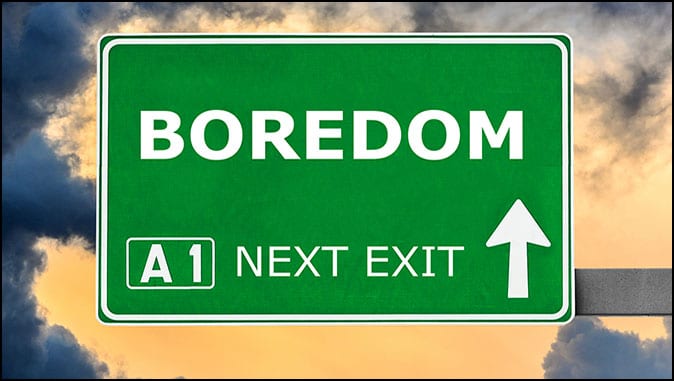 Affluence + Secularism = Boredom = Leftism
The only way to prevent the Left from destroying America and its core value of freedom.
By Dennis Prager

Just as physicists look for equations to explain the natural world, I have always thought it useful to look for equations to explain human nature. For example, in my book on happiness, I offer this equation: U = I – R. Unhappiness = Image – Reality. The difference between the images we have for our life and the reality of our life is one way of measuring how much unhappiness we experience.

Here, I offer another theorem, this time to help explain leftism.

The search for an equation to help explain leftism (as distinguished from traditional liberalism) emanates from these facts:

Most leftists come from the upper and upper-middle class. This was true for the two founders of leftism, Karl Marx and Friedrich Engels. Marx was supported by his family and by Engels, who was a wealthy businessman and the son of a very wealthy businessman. All the Western spies for the Soviet Union were economically secure. And the great funder of radical causes today is a billionaire — George Soros.

Nearly all leftists are irreligious people. And the breeding place of leftism, the university, is the most secular institution in modern society.

These two facts produce a problem: Many people lack meaning in their lives. And lack of meaning is another way of stating “boredom” — a boredom of the soul.

This need for meaning has traditionally been met by four things: religion, family, providing for oneself and one’s family, and patriotism. And all are fading.

Let’s begin with religion. In America today, religion is in sharp decline. According to Pew Research, more than a third of all Americans born after 1980 identify with no religion. That is the highest percentage ever. In a recent Gallup Poll, only 47% of American adults said they were members of a church, mosque or synagogue. It was the first time since Gallup began asking Americans about religious membership in the 1930s that a majority of Americans said they were not members of a church, mosque or synagogue.

Next comes family. Marrying and making a family have always been sources of meaning to the great majority of people. However, like religion, the American family is also in steep decline. For the first time in American history, according to Statista, as of 2020, nearly half of all men in America (46%) have never been married, and 41% of American women have never been married. According to the U.S. Census Bureau, 85.4 million Americans 18 and over have never been married. There are presently 130 million unmarried American adults. Worse yet, as Dr. Bella DePaulo of the University of California at Santa Barbara wrote in Psychology Today, “Half of all solo single people don’t want a romantic relationship or even a date.”

As every criminologist knows, a lot of single men is a problem for society. And as the ubiquity of women on the left and among the left’s angriest protesters makes clear, a lot of single women is no blessing either.

Another nearly universal source of meaning has been providing for oneself and one’s family. That’s why, though the poor lack money and material wealth, they have never lacked meaning. Figuring out how to feed one’s family every day provides a person with a great deal of meaning.

Finally, belonging to one’s nation also provided meaning to most people in modern history. But love of country largely died in Western Europe after World War II, and it is dying in America today.

So, then, with the four primary sources of meaning dying — killed in large measure by leftist ideology — meaning must be found elsewhere. And that is where the left steps in. Leftism has always been a secular religion. It kills traditional religion and presents itself as a secular alternative.

It certainly provides meaning. “Anti-racism” and saving the world from a threat to its very existence (global warming) are two prominent life-filling examples.

Therefore, the only way to prevent the left from destroying America and its core value of freedom is to make the case for Judeo-Christian religions, the importance of marriage and family, and the unique achievement of America as the world’s first and greatest multiracial, multiethnic, multinational society.

Americans should have been making that case in every generation. Post-World War II, they forgot, or never really believed, that the land of the free is, as former President Ronald Reagan warned, always just one generation away from losing its freedom.