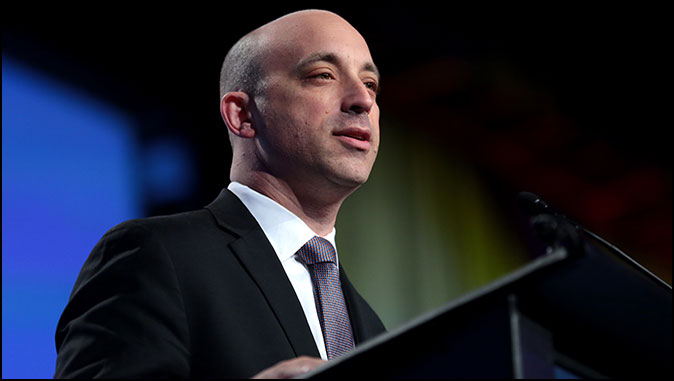 If the Anti-Defamation League (ADL), it would change its name to the Anti-Right Wing Defamation League, because whenever Jew-hatred comes from the Left or from adherents of the Left’s favorite religion, Islam, the ADL just doesn’t see it. So it came as no real surprise Thursday when Americans for Peace and Tolerance (APT) announced that “The ADL’s 2021 ‘Murder and Extremism in the United States’ report covers up for anti-Semitism from the Nation of Islam, Muslims, and other ‘non-traditional’ sources.” That’s what the ADL does. It would have been more surprising if the ADL had covered Islamic anti-Semitism.

This is the ADL that, after an Islamic jihadi stormed a Texas synagogue and took hostages, published an article entitled “Extremists Respond to Colleyville Hostage Crisis with Antisemitism, Islamophobia,” pointing the finger at those who explained the Colleyville hostage taker’s beliefs, and continuingto ignore the deep roots of Jew-hatred in Islamic texts and teachings. The ADL was worried that “anti-Muslim extremists used the hostage situation as an opportunity to peddle their bigoted views about Islam and Muslim people,” but of course didn’t even bother to try to prove these allegedly bigoted views to be false.

Americans for Peace and Tolerance shows that the ADL is still playing the same deceptive game: the self-proclaimed anti-Semitism watchdog’s “latest report on ‘Murder and Extremism in the United States’ falsely elevates the threat from ‘white supremacists’ while playing down the threat from non-white Jew-haters.”

The ADL’s report claims that “white supremacists killed more people in 2021 than any other type of extremist,” and that “most of the murders (26 of 29) were committed by right-wing extremists.”

Americans for Peace and Tolerance, however, shows that “this is completely misleading. The report ignores the worst terrorist attack of 2021: anti-Semitic black supremacist and Nation of Islam sympathizer Darrel Brooks’ vehicular rampage in Waukesha, Wisconsin, on November 21. Brooks, deliberately targeting white people, drove his SUV through a pre-Christmas parade, hitting 68 people and killing six, including an eight-year-old child.”

APT adds that “it is black supremacist — not white supremacist — anti-Semites who are largely responsible for the meteoric rise in attacks on Orthodox Jewish communities in New York. According to the NYPD, hate crimes against Jews in New York have risen 409% between February of 2021 and February of 2022. When surveillance images of the attacks exist, the perpetrators are very often black, or, in cases from just after Israel’s war with Hamas in May of last year, largely Muslim. More examples (such as here, here, here, and here) are not difficult to find.”

This is largely because the ADL’s use of the available data is highly selective, and clearly designed to elicit statistics that they could use for their own propaganda purposes: “The ADL’s report chose to focus on only 29 of the 21,570 murders across America in 2021. It drums up the danger of white supremacist gangs while anti-Semitic Black Lives Matter, responsible for many murders of police officers, is never mentioned.”

APT comes to the only possible conclusion: “This not what the ADL should be doing. The ADL is a disgraced, utterly politicized organization, actively covering up anti-Semitism coming from ‘politically incorrect’ sources in order to serve its leftist agenda. The Jewish community is under siege from all sides, yet the ADL chooses to continue with politics as usual.”

Not only does ADL top dog Jonathan Greenblatt ignore Islamic Jew-hatred; he also demonizes and smears those who call attention to it, and Greenblatt claims that a “rise in anti-Muslim hate” is “coming,” based on opposition to Afghan evacuees coming into the United States. He doesn’t say anything about the suspected jihad terrorists who have already been discovered among the evacuees, or about how anti-Muslim hate crimes actually decreased by 42% last year. That’s just more of the kind of information that Jonathan Greenblatt clearly doesn’t want you to know, because it explodes his whole silly narrative of rising “Islamophobic” hysteria calling for solidarity with Muslims who face oppression, discrimination and harassment in the U.S., and casts doubts on the narrative he is trying to construct of Jews facing a threat only from the Right in the United States.

It is actually Leftists who are growing increasingly anti-Semitic and openly hostile to Jews, in imitation of their Muslim friends and allies. But for Jonathan Greenblatt to take any public notice of that would be to repudiate is own friends. Don’t count on it happening.