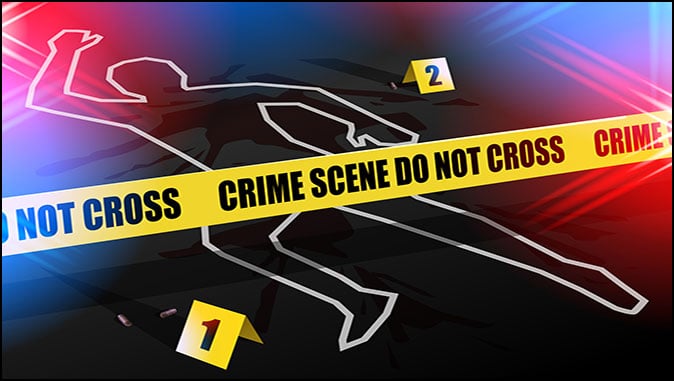 Activist Who Fought to Legalize Crime Killed in D.C.
The pro-crime bill passed hours after he was killed.
By Daniel Greenfield

The D.C. City Council, against the advice of law and enforcement and even warnings from Mayor Bowser, decided to go ahead with its bid to diminish enforcement and effectively legalize more crimes.

Defenders of the pro-crime move dismissed warnings about increased crime resulting from the move.

Now, one of the activists involved has been shot and killed. And they say karma isn’t real.

Kelvin Blowe, 32, worked with DC Justice Lab, a group that advocates for criminal justice reform in the city.

DC Justice Lab is backed by Hopewell and the Decolonizing Wealth Project which has BLM links.

He was on Southern Ave. near Suitland Parkway in SE when police say there was a crash after a driver crossed the line to try to pass Blowe’s car.

Family said Blowe got out of his vehicle and then was shot and killed.

Blowe used his experiences behind bars at DC Justice Lab where he was a policy and advocacy fellow.

He was among those who testified before DC Council about the historic reform of the city’s criminal code. The bill finally passed on Tuesday, hours after he was killed.

“It’s kind of hard to put into words what it feels like to see his work come to fruition without being able to share in that celebration with him,” said Patrice Sulton, Executive Director DC Justice Lab. “In some ways the timing of it is an added injury on top of the loss. And I think we lost a really powerful voice in a really important movement and that’s not something that we’ll be able to replace.”

The DC Justice Lab succeeds, the more “powerful voices” will be lost to crime. Pro-crime policies work. They destroy society and they kill.

The victims are often innocent. And the funders of the pro-crime movement, the massive foundations who abuse their nonprofit status to enable criminals, are rarely affected.

But some of their foot soldiers are.

And even with evidence of one of their own activists dead, they don’t intend to relent. Not when there’s a lot of money and ideological heft behind the pro-crime movement which has already killed thousands of black people.

Even though young black males only make up “2% of the total population”, they account for “38% of all gun homicide fatalities” with a gun homicide rate “almost 21 times higher than white males of the same age group.”