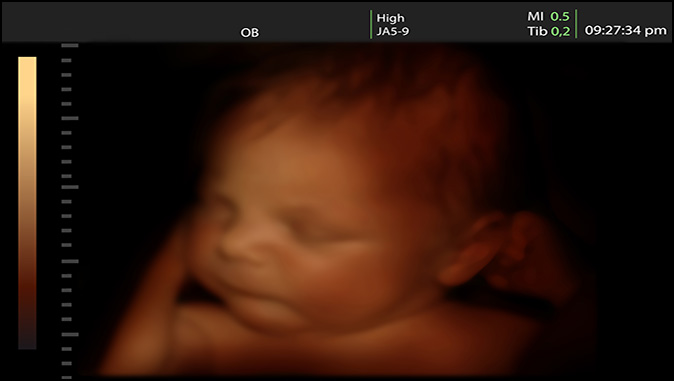 Abortion Is a Spiritual Battle
By Dr. Jerry Newcombe

A national group of Satanists is putting their cards on the table. They are opposing abortion restrictions and adamantly defending abortion as worship of their god.

Meanwhile, a group of liberal pastors in Maine claims that abortion can supposedly be the Christian thing to do. In an op-ed in the Bangor Daily News, “Why a Christian minister supports abortion rights,” their leader writes of the importance of “reproductive justice.”

Abortion is a spiritual battle. So what does the Bible have to say about abortion?

I write this shortly after the 49th anniversary of Roe v. Wade (and its companion decision, Doe v. Bolton) of January 22, 1973, that gave us abortion on demand. And here we are 63 million abortions later. That’s nothing to celebrate – but much to mourn.

Psalm 106:37 speaks of a time of disobedient Israelites, noting, “They sacrificed their sons and their daughters to false gods. They shed innocent blood…and the land was desecrated by their blood. They defiled themselves by what they did.”

Did Christ ever address abortion? Not directly. But note how His brilliant statement on human relations, the Golden Rule (Matthew 7:12), has direct application to the subject of abortion.

“So whatever you wish that others would do to you, do also to them,” He said in the Sermon on the Mount. You were once an unborn baby. Would you have wanted your mother to kill you in utero? The majority of those mothers feel forced, against their will, to abort.

When Ronald Reagan was running for president in 1980, he was asked why he wasn’t “pro-choice.” He responded, “I’ve noticed that everyone who is for abortion has already been born.” Touché.

Dr. D. James Kennedy once said, “If you’re pro-choice, you should get down on your knees and thank God that your mother wasn’t pro-choice.”

Some people say that abortion doesn’t kill human beings. And yet everything you and I are – our sex, how tall we will be, the color of our eyes – all of these things were determined at the moment of conception.

And from conception to birth, it’s all one continuous period of growth. The Mayo Clinic documents the humanity and growth of the preborn baby in the womb until birth.

Many times when a pregnant woman, contemplating an abortion, gets to see the sonogram of her unborn baby, she changes her mind.

“For you created my inmost being, you knit me together in my mother’s womb. I praise you, because I am fearfully and wonderfully made. Your works are wonderful, I know that full well. My frame was not hidden from you when I was made in the secret place. When I was woven together in the depths of the earth, your eyes saw my unformed body. All the days ordained for me were written in your book before one of them came to be.”

The prophet Jeremiah says this in the opening of his book:

The word of the Lord came to me saying, “Before I formed you in the womb, I knew you. Before you were born, I set you apart. I appointed you as a prophet to the nations” (Jeremiah 1:4-5).

So, here’s this little unborn baby being appointed a prophet of the nations by God Himself.

Luke 2:12 says: “The angels told the shepherds, ‘This will be a sign to you: You will find a baby wrapped in cloths and lying in a manger.’” The same word, brephos, is used there. Thus, whether in English or in Greek, the word baby is used for born and unborn alike.

The Bible also says that God has made human beings in His image. He has made us a “little lower than the angels” (Psalm 8:5). But many people today believe that we’re essentially “a little higher than the apes.” As the abortion ethic has spread in our culture, like a cancer, it has cheapened human life all the way around.

It’s time we follow the biblical ethic and treat the unborn as we ourselves would want to be treated. Let them live.