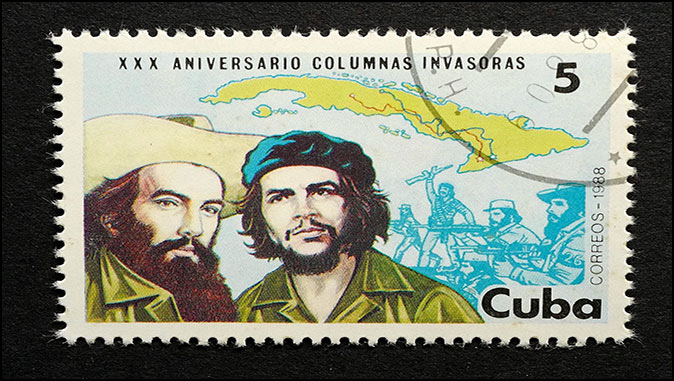 Former secretary of state and director of the CIA Mike Pompeo said the U.S. couldn’t afford to risk national security to “appease some liberal, woke agenda.”

And speaking of “unbiasedness” and of “risking U.S. national security to appease a liberal agenda” by the CIA:

“Everyone in the CIA and everyone at State was pro-Castro, except [Republican] ambassador Earl Smith.” — Robert Weicha, CIA operative in Santiago Cuba.

“Without U.S. help Fidel Castro would never have gotten into power. The State Department played a large part in bringing Castro to power. The press, the Chief of the CIA Section are also responsible… we are responsible for bringing Castro in power. I do not care how you want to word it.” — Earl T. Smith U.S. Ambassador to Cuba, 1957-59.

In fact, after he was securely in power, Fidel Castro admitted he’d been a Leninist since his early 20’s. Raul Castro had a KGB handler since 1954. And when arrested in Mexico in 1956, Ernesto “Che” Guevara was found to have, in his very wallet, the calling card of the KGB’s top Latin American agent, Nikolai Leonov. During his Mexico exile, Fidel Castro was also plotting the future Stalinization of Cuba in meetings with both Leonov and with his Cuban KGB colleague Osvaldo Sanchez.

But perhaps I—“a rabidly-right-wing-Cuban-exile-with-an-axe-to-grind”–come across as unnecessarily hyperbolic? Or worse, as a loud-mouthed spreader of fake history? Fair enough. Here’s the exact wording from recently declassified CIA documents:

“The U.S. should not be taken in by Pres. Fulgencio Batista’s attempt to label (Castro and Che’s) revolutionary movement as communist inspired, dominated or influenced. A practical way to protect United States interests in this matter would be to make secret contact with Castro…and to offer him support. The most effective means of help to Castro would be arms and ammunition. Air dropping of the arms could work but the most secure means of help would be giving the money to Castro, who could then purchase his own arms. A combination of arms and money would probably be best.” — Report by the most highly-paid and most highly-“educated” “intelligence” service on earth — the CIA — from Cuba, Nov. 1958.

A full year later, with Cuba infested with KGB and GRU undercover agents, the CIA issues this! “CIA operations in Cuba should be carried out on the assumption that the revolutionary government is basically non-communist with legitimate reform goals that deserve U.S. respect and support….Our information shows that the Cuban Communists do not consider him a Communist Party member or even a pro-communist…we know the Communists consider Castro a representative of the bourgeoise…Our conclusion, therefore, is that Fidel Castro is not a Communist.” — CIA report, Nov. 1959.

“There is no advantage to the U.S. in sending an ambassador to a country (himself to Cuba in 1957) if the CIA officials there act on their own and take an opposite position,” wrote ambassador Earl T. Smith in 1962. In other words, Smith was an oddity in the State Dept of the time, an anti-communist Republican who confided in his anti-communist Cuban contacts and thus saw right through the KGB-hatched and mainstream media-spread lies of Soviet assets, the Castro brother and Che Guevara. The CIA people in Cuba, on the other hand, were mostly “woke” hipsters who trusted Castro and Che’s every utterance.

“They saw in Fidel Castro the hipster who in the era of the Organization Man had joyfully defied the system,” wrote President Kennedy’s adviser Arthur Schlesinger Jr about Fidel Castro’s tumultuous, whooping, cheering, foot-stomping reception at Harvard Law school in 1959. Castro was on the same lecture bill as Allen Ginsberg, where the famous “Beat” poet read his beatnik anthem “Howl.”

“So why is this stuff so little known?” many amigos ask.

Well, Castro and Che’s fame (among imbeciles) issues from how he “Overthrew a U.S.-backed dictator! And stood up to the Yankee bullies!” Blah, blah, blah.

So when thorough documentation proves that he was in fact helped into power by those Yankees, his international prestige balloon quickly deflates.

“War against the United States is my true destiny. When this war (the bogus one against Batista) is over, I’ll start that much bigger and wider war.” — Fidel Castro in a letter to a communist colleague April, 1958—at the very time the CIA was singing his praises as a friend of the U.S.

“Of course I knew the missiles were nuclear- armed,” responded Fidel Castro to Robert McNamara during a meeting in 1992. “That’s precisely WHY I urged Khrushchev to launch them. And of course Cuba would have been utterly destroyed in the exchange.”

“If the missiles had remained, we would have fired them against the very heart of the U.S., including New York. The victory of socialism is well worth millions of atomic victims.” — Che Guevara, November 1962.

“What!” Khrushchev gasped, as recalled by his son Sergei. “Is he (Fidel Castro) proposing that we start a nuclear war? That we launch missiles from Cuba?….But that is insane!…Remove them (our missiles) as soon as possible! Before it’s too late. Before something terrible happens!” instructed the Soviet premier.

“Humberto Fontova’s books (which unabashedly call out and thoroughly document the CIA’s backing of KGB assets Fidel Castro and Che Guevara both morally and financially) is “Righting Cuban History,” reads a bitter review of one of my books by retired CIA officer Robert D. Chapman in the International Journal of Intelligence and Counterintelligence. Chapman served in Cuba during Castro and Che’s “rebellion.” The review title is itself a denunciation. He doesn’t refer to “righting” from wrong — but from a right-wing perspective, something utterly anathema to many CIA officers.

Crackerjack CIA officer Chapman was tasked with evaluating the Castro-Che rebels in Cuba from 1957-59. In brief, here’s a review of my books by an enabler of the Stalinist terrorists who, shortly after he helped them into power, came within a whisker of nuking the U.S.—in brief, a CIA officer who events have proven to be one of the most dangerously inept jack*sses in our nation’s intelligence history.

Who can blame Chapman for his hideous embarrassment? After all, here were books thoroughly documenting the criminal stupidity of the CIA’s agents in 1950’s Cuba, among whom he was prominent.

And these same internationally-acclaimed books became some of Fox News’ “go-to” sources on Cuba. Furthermore, these books were being featured on Capitol Hill in special presentations by the chairwoman of the House Committee on Foreign Affairs, where some of America’s most powerful lawmakers stood in line to get signed copies.

Some of these lawmakers spent long days trying to rectify the decades of damage to our national and hemispheric security wrought by the very terrorist regime Chapman and his CIA colleagues helped into power. So here’s several books, using methodical documentation from many primary sources, that showcase Chapman and many of his CIA colleagues as among the most dangerously inept jack*sses to ever pass a U.S. security clearance.