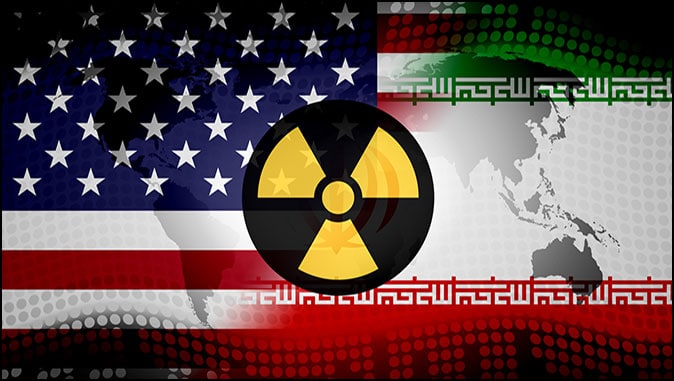 A New Nuclear Deal with Iran?
By Peter Huessy

Both US contenders of the presidency, the incumbent Donald J. Trump and the challenger, former Vice-President Joe Biden, have indicated that no matter what the election results are around November 3, they intend to negotiate with Iran. Even if the United States secured a new nuclear agreement with Iran, or resuscitated the old one, what makes anyone think that Iran would honor a deal any more than it honored the last ones?

US choices seem to come down to: (1) keeping the current JCPOA, a seriously deficient semi-agreement that, contrary to what was promised by the Obama administration — that it would prevent Iran from having a nuclear bomb, instead leads straight to Iran’s having as many as it would like; or (2) pin US hopes on a wholesale campaign of diplomatic, political, and economic sanctions against Iran in the hope that Iran might secure an internally generated revolution and overthrow the mullah’s regime.

There are those who say that the current nuclear deal is the best option for the United States. They assert without a doubt that going back to the JCPOA will bring Iran into complete compliance with a non-nuclear future. One adherent of such an approach is apparently former Vice President Joe Biden, with whom the Iranians say, understandably to judge from his financial track record, they would rather “do business.”

The defects of the current JCPOA deal are real. As Ambassador Eric Edelman and retired General Chuck Wald recently explained, Iran’s search for a nuclear-capable missile was actually given an impetus by the current deal, including a provision ending the UN arms embargo against Iran. The current deal is even worse, given Iran’s ongoing space launch and missile production. One expert described them as a “… a crucial building block establishing a global range nuclear missile force…” to say nothing of the potential for stimulating or even underwriting nuclear proliferation.

How then can the United States get around the Iranian regime’s adamant opposition to any restrictions on its nuclear or missile ambitions and secure a sound nuclear deal?

Second, U.S. domestic production, and especially fracking, have reduced oil and gas prices by upwards of fifty percent from a decade ago. Those circumstances have insulated the U.S. economy from Middle East oil price shocks including those from Iran, should Iran seek to disrupt oil transport though the Strait of Hormuz or attack Gulf oil storage or export facilities.

Third, the U.S. has created a significantly better armed coalition of allied nations including Saudi Arabia, Egypt and Israel, which are now vastly more able to counter Iran’s malignant behavior in the Middle East. Regional U.S. military commander Gen. Kenneth McKenzie, for instance, has explained that Iranian-created tensions have ebbed. Some coalition members have, in fact, adopted unprecedented formal peace agreements with Israel.

Fourth, America’s successful destruction of the ISIS “caliphate” removed a major source of Middle East instability and allowed the U.S. to focus on Iran’s threat.

Fifth, the U.S. took out Iran’s top terrorist leader — General Qassem Soleimani — thereby proving to the Iranian mullahs and US allies that the America, at least under the current administration, means business.

Sixth, and perhaps most importantly, more and more expert analysts have determined the JCPOA was an extremely toxic agreement; fatal flaws identified by the Israelis years ago have now been confirmed.

Even if these six factors may now make it possible to give “diplomacy a chance,” it might be advisable only to try that route if it is reinforced with resolute military force.

Of what should a sound nuclear deal with Iran consist? First, there should be five principal prohibitions:

The original JCPOA gave Iran the right to enrich uranium — a right that no other non-nuclear member of the Nuclear Non-Proliferation Treaty had ever been granted.

With no right to enrich, possessing advanced uranium centrifuges have no legitimate purpose.

With no nuclear warheads in Iran’s future, ballistic missiles with which to carry such warheads also become unnecessary.

Given the seriousness of these issues and the lack of trust in the mullahs, all provisions must not have “sunset clauses” but be permanent.

Finally, if Iran wants to “do business” as a normal nation state, the mullahs must also reject their jihadist agenda. There are no legitimate grievances that justify Iran’s terrorism. Any normalization must also include reparations paid to American victims of Iranian terrorism.

The principles for such a deal with a possible chance for tenuous success are well known; the real question seems if anyone in charge of Iran will actually abide by them.

Iran may indeed reject any deal outright. Is there a third way?

The JCPOA it is not only a fraud, it is camouflage for the appeasers of the world to pretend they are doing something about Iran’s nuclear ambitions when in fact they are not doing anything but allowing Iran, after a short delay, to have nuclear weapons.

The JCPOA deal not only fails to stop Iran from having a nuclear weapons and the missiles to deliver them, it also hides Western inaction in confronting Iran’s missiles, nuclear sites and terrorism.