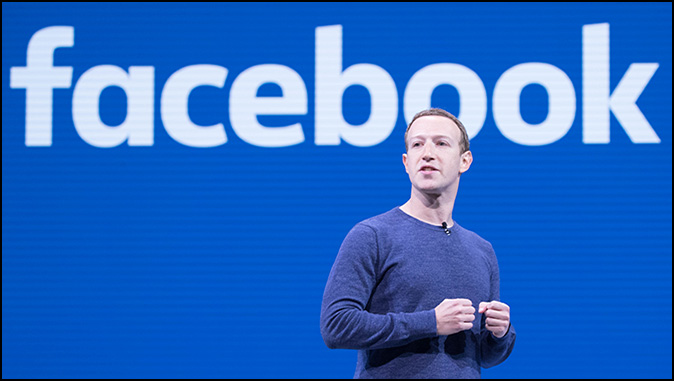 A New Bill Takes On ‘Zuckerbucks’ and ‘Bidenbucks’
The plan to save the 2024 election is underway.
By Daniel Greenfield

There were many things wrong with the 2020 election, but one of the biggest was the massive amounts of ‘Zuckerbucks’ used to influence the structure of elections at the local level.

Facebook CEO Mark Zuckerberg and his wife Priscilla Chan injected $350 million into over 2,500 election departments through the Chan Zuckerberg Initiative along with another $69.5 million to secretaries of state, disproportionately benefiting Democrat electorates.

As David Horowitz and John Perazzo wrote in their expose of the ugly influence operation, the grant money had to be used to “suspend existing election laws in order to promote universal mail-in voting”, “eliminate or weaken signature-matching requirements and ballot-receipt deadlines for mail-in votes”, “enable the proliferation of unmonitored ballot drop boxes” and “create unprecedented opportunities for illegal ballot harvesting” among other measures.

The Facebook CEO claims that he’s opting out of the 2022 election, but the Center for Technology and Civic Life (CTCL), which handled much of the funding last time around, is renaming the plan to the Alliance for Election Excellence and has proposed $80 million in spending. It goes back to the New Venture Fund, which has longstanding ties to Bill Gates, is managed by the Arabella Advisors dark money machine, and is being advised by an organization backed by French-Persian leftist billionaire Pierre Omidyar.

Zuckerbucks are highly controversial and one poll found that 82% oppose private election funding while only 6% support it.

Even among Democrats, 80% are opposed and only 4% support it.

Now, Rep. Ted Budd has announced the ‘Promoting Free and Fair Elections Act’ to counter the Zuckerbucks phenomenon at the federal level. While 24 states have tried to crack down on Zuckerbucks and a number of others have legislation or lawsuits aimed at dealing with the menace of private election funding, the Biden administration has unleashed its own attack.

The ‘Promoting Free and Fair Elections Act’, co-sponsored by, among others, Rep. Claudia Tenney, Rep. Ronny Jackson and Rep. Scott Fitzgerald, seeks to stop the corrupt arrangements between federal agencies and left-wing groups to interfere in elections that some have dubbed ‘Bidenbucks’.

Last year, Biden’s executive order ‘Promoting Access to Voting’ illegally turned the entire federal government into a voter mobilization machine. The executive order corruptedly incorporated elements of H.R.1 or For the People act, which was intended to federalize elections and passed the House, but failed to pass the Senate.

The order commanded all federal agencies to solicit and facilitate “approved, nonpartisan third-party organizations” to “provide voter registration services on agency premises”. The entire federal government would effectively become one big Zuckerbucks operation funded by taxpayers for the benefit of Democrats and the Left, and answering to Susan Rice.

As the White House admitted, “the Executive Order called for each agency to submit to Domestic Policy Advisor Susan Rice a strategic plan outlining the ways that the agency can promote nonpartisan voter registration and voter participation.”

Even the initial scope of it has been staggering with the Department of Agriculture pipelining election materials through “its borrowers and guaranteed lenders” while the Department of Education will use high schools and even elementary schools to reach “67 million students — and their families” and “remind educational institutions of their existing obligation and encourage institutions to identify further opportunities to assist eligible students with voter registration”.

Or, as Rep. Budd noted, “Biden’s executive order empowering every federal agency to engage in electioneering on the taxpayers’ dime raises serious ethical and legal concerns. This sweeping directive is inherently partisan and directed primarily at groups expected to vote for one party over another.”

That’s why the ‘Promoting Free and Fair Elections Act’ prohibits “agencies of the government from soliciting or entering into agreements with nongovernmental organizations to conduct voter registration or voter mobilization activities on the property or website of the agency”.

If it passes, federal agencies would be banned from using taxpayer money for third-party voter registration efforts.

“Biden has no business turning federal agencies into partisan voting operations for Democrats. It’s unconstitutional and would further undermine confidence in the integrity of our elections,” Rep. Tenney declared.

The bill also mandates that 30 days after it passes, agencies must submit “a copy of the strategic plan for promoting voter registration and voter participation” created for Biden’s executive order. Those plans, reportedly hundreds of them, often remained secret in defiance of transparency and good government laws, and have only been partly extracted through multiple lawsuits. The level of secrecy here has made it abundantly clear that these election measures are a partisan election plot that the Biden administration is hiding from its political opponents.

The plot to steal the 2020 election caught many by surprise even though those plans were out in the open. Both sides have taken away their particular lessons from that election and are being more careful. Bidenbucks seeks to replace Zuckerbucks with an even more daring scheme that would federalize elections by making federal agencies and their contractors into hubs for Democrat voter operations. While Zuckerbucks captured local election systems from the bottom up, Bidenbucks seeks to control local elections from the top down. And that’s a bigger threat.

Nations, no matter what their principles may be, are only as free as the nature of their elections.

With inflation rising sky-high and the cloud of a recession overhead, a singularly unpopular administration opposed by much of the country has no hope of legitimately winning an election.

Biden’s only hope is to use the disproportionate powers of his office to rig the 2024 election.

So is the plan to save the 2024 election. And to save America.