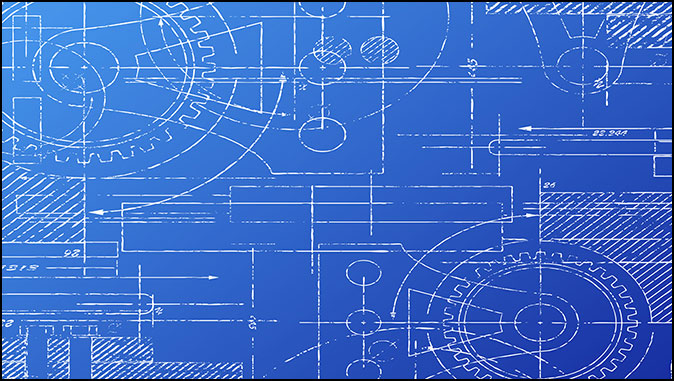 A Blueprint for Tyranny
A new administration leverages street-violence for political gain.
By Bruce Thornton

The vulnerability of political freedom and popular sovereignty to tyranny has been a constant theme in political philosophy for 2500 years. It profoundly influenced the creators of the Constitution, an important purpose of which is to forestall the tyranny that destroys political freedom and citizen rule. In the writings of Classical philosophers and historians the Founders could see the blueprint for such a tyranny––one we have seen unfolding in the last few decades, and accelerating in the policies of the current administration.

The Greek historian Polybius in the second century B.C. laid out how a democracy degenerates into tyranny:

So when [the rich] begin to hanker after office, and find that they cannot achieve it through their own efforts or on their merits, they begin to seduce and corrupt the people in every possible way, and thus ruin their estates. The result is that through their senseless craving for prominence they stimulate among the masses both an appetite for bribes and the habit of receiving them, and then the rule of democracy is transformed into government by violence and strong-arm methods. By this time the people have become accustomed to feed at the expense of others, and their prospects of winning a livelihood depend upon the property of their neighbors, and as soon as they find a leader who is sufficiently ambitious and daring . . . they introduce a regime based on violence.

Many of these preconditions already exist in our country. Since Roosevelt’s New Deal, ambitious politicians of both parties have “stimulate[d] among the masses both an appetite for bribes and the habit of receiving them.” We call them “entitlements” rather than “bribes,” funded not by violently seizing the property of the rich, but by annually redistributing $1.6 trillion of the wealth of the upper middle class and the rich through the federal income tax. Indeed, the top one percent of all earners pays 40% of income taxes. The modern update of ancient “bribes” also comprises massive borrowing and electronically printing money. These practices have created nearly $27 trillion in government debt, five trillion more than GDP. The tyrants of Polybius’ day redistributed the wealth of the rich; today we redistribute the future wealth of the young and unborn who will be stuck with the bill.

And this largess will increase dramatically if the current administration successfully passes into law several new mechanisms for redistributing wealth:

Most of this money will be spent on various transfers to voters, and subsidies to favored businesses and feckless state governments that run their own redistribution engines.

As for “government by violence and strong-arm methods,” modern tyranny for decades has relied on de Tocqueville’s “soft despotism,” an insidious coercion through a regulatory regime that Tocqueville predicted, one which “covers the surface of society with a network of small complicated rules, minute and uniform, through which the most original minds and the most energetic characters cannot penetrate.” All the money to be redistributed will come with a plethora of such intrusive regulations from the agencies managing it. These rules and regulations limit citizen freedom in numerous ways, from what they can do with their own property to how they run their own businesses, all accompanied by fines and fees that extract even more revenue.

During Donald Trump’s presidency, however, we saw another form of “strong-arm methods.” The politicizing of the FBI, the CIA, and the DOJ, along with Special Counsel Robert Mueller’s investigation–– agencies with coercive investigative powers backed by military-level lethal force–– produced the tyrannical bullying of several members of Trump’s administration, most egregiously General Michael Flynn. Meanwhile, old-fashioned physical violence and intimidation in the streets dogged Trump’s political rallies, and even followed Trump supporters to restaurants and other public venues.

Just as Biden’s redistributive ambitions have gone far beyond what passes for “normal,” the violence in the streets last year exploded to levels not seen since the Sixties. Led by Antifa and Black Lives Matter, these “peaceful protestors” looted, burned, and vandalized cities across the country, the mayhem mysteriously abating in time for the election. Billions of dollars in property damage and scores of killed and wounded were the toll. Just the threat of such violence undoubtedly intimidated the judge and jurors in the Derek Chauvin trial. Why else wouldn’t the judge approve a change in venue, or sequester the jurors?

Violence is now the trump card in daily politics and culture. Corporations have gone “woke,” sending millions of dollars to Black Lives Matter and promoting their “systemic racism” lie. City governments and public school districts must factor in the chance of violent protests in their policy decisions. Even worse, the principle of equality before the law, a bedrock of political freedom, has been abandoned for political favoritism, in part because authorities are wary of igniting violence. Derek Chauvin was convicted of two murder charges, decisions not even close to being beyond a reasonable doubt. But the unidentified DC cop who murdered a protestor at the Capitol on January 6––a woman veteran who was not threatening the officer’s, or anybody’s, life––has not even suffered professional sanction, let alone an indictment and trial.

Violence for me, but not for thee.

Worse yet, Antifa has openly said that their violence is a tool of intimidation in the pursuit of political goals. CrimetheInc., an Antifa ally, has bragged that the outcome of the Chauvin trial was due to the street violence. It goes on to make explicit this link between violence and political aims: “You put yourself in a weaker bargaining position by spelling out from the beginning the least it would take to appease you. It’s smarter to appear implacable: So you want to come to terms? Make us an offer. In the meantime, we’ll be here blocking the freeway and setting things on fire.” This tactic is exactly what Hitler instructed his Sudetenland Nazi stooge, Konrad Henlein, to do in negotiations with the Czech government in 1938: “We must always demand so much that we cannot be satisfied.” What “satisfied” the Nazis was the destruction of Czechoslovakia.

What is disturbingly different from the Sixties, moreover, about last year’s violence is that the Democrat establishment has not just tolerated the violence, but often encouraged and promoted it––just as Representative Maxine Waters did during the Chauvin trial when she incited protestors to get “confrontational” if the wrong verdict was given. Apprehended rioters were rarely charged or tried, and police forces were ordered to stand down, or forbidden to use crowd-control tools. Many mayors seemed to embrace the philosophy of Baltimore mayor Stephanie Rawlings, who during the riots in 2015 told the press, “We gave them [rioters] space to destroy.”

As Daniel Henninger suggests, this tactical use of violence may be why the Biden administration has not even tried to make a deal by compromising with Republicans, despite the Democrats’ razor-thin margin in the House and Senate, or the lack of a popular mandate. Instead, the administration wants to bully Americans into accepting their policies:

Mr. Biden is no street anarchist, but the political “change” confronting Americans after more than a year living with Covid—constant antipolice protests, migrants streaming across the southern border, D.C. statehood, blowing up the legislative filibuster, packing the Supreme Court and some $6 trillion in new federal spending—is a lot of nonnegotiable bulldozer.

Finally, Polybius’ link of tyrannic ambition to mediocre politicians who “hanker after office, and find that they cannot achieve it through their own efforts or on their merits,” describes Biden to a T. Biden is a long-time senator with few legislative achievements he still will own, a vicious pit-bull on the Senate Judiciary Committee where he shamelessly demagogued Robert Bork and Clarence Thomas, a plagiarizer and unseemly harasser of women, a two-time loser in his bid for the presidency, a fabulist and grifter who monetized the office of Vice President to enrich his family, and a lightweight so light that his own boss, Barack Obama, said, “Don’t underestimate Joe’s ability to fuck things up.” Only a pandemic, disruptive lock-downs, and the Democrat primary threat of socialist Bernie Sanders––along with a probably fraudulent election, and a groveling media running interference–– could get such a meritless mediocrity into the Oval Office.

If the Biden administration is successful at leveraging street-violence for political gain, the century-old progressive dream of transforming our Constitutional Republic into a tyrannical technocracy will be much closer to fulfillment, our country’s fisc much closer to bankruptcy, and our government much closer to a “regime based on violence.”

On that dismal day, we won’t be able to say that we hadn’t been warned for 2500 years.