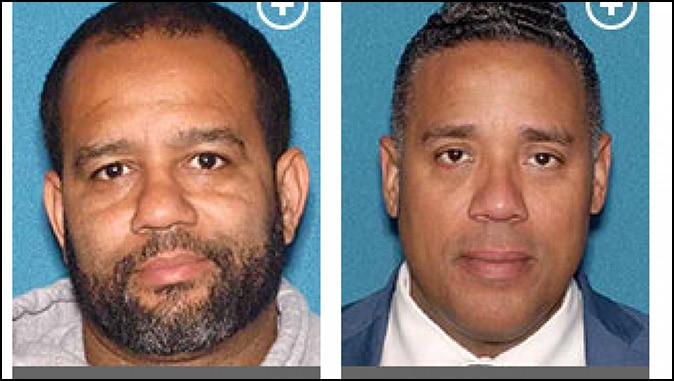 How about we secure our elections, not from Russia, but from its historically favorite political party.

Paterson City Councilman Michael Jackson, Councilman-elect Alex Mendez, and two other men are alleged to have exploited the mail-in voting process in the May 12th Special election in Paterson, New Jersey.

The investigation was opened when U.S. Postal Inspection Service found hundreds of mail-in ballots stuffed in a single mailbox in Paterson and a number of additional ballots in a mailbox in Haledon.

Jackson, who represents the City’s 1st Ward and is the Vice President of the City Council, is alleged to have solicited voters to hand over their ballots and is alleged to have turned in ballots without being the authorization bearer to do so. His charges include election fraud, fraud in casting mail-in vote, unauthorized possession of ballots, false registration or transfer, tampering with public records, and falsifying or tampering with records.

Khalique allegedly violated state election laws by approaching a residence in Paterson’s 2nd Ward and collecting official mail in ballots from one or more voters which subsequently were delivered to the Passaic County Board of Elections without information identifying the bearer. In addition, Khalique and the bus company he owns, A-1 Elegant Tours, Inc., d/b/a Eastern Star Transportation, LLC, were charged today with contract fraud and other crimes in a separate investigation by OPIA, the New Jersey State Police, Essex County Prosecutor’s Office, and Passaic County Prosecutor’s Office.

Of course we’re talking about Paterson, aka Paterstine here for its ‘Palestinian’ ties. So there’s lots of good stuff here.

A former driver is a registered sex offender, the attorney general added.

Two former A-1 bus drivers accused of being high on drugs while driving with children aboard are awaiting trials in Essex and Passaic counties.

One of them crashed a bus carrying children with special needs in Newark and had to be revived with Narcan.

Voting by mail. What could go wrong?