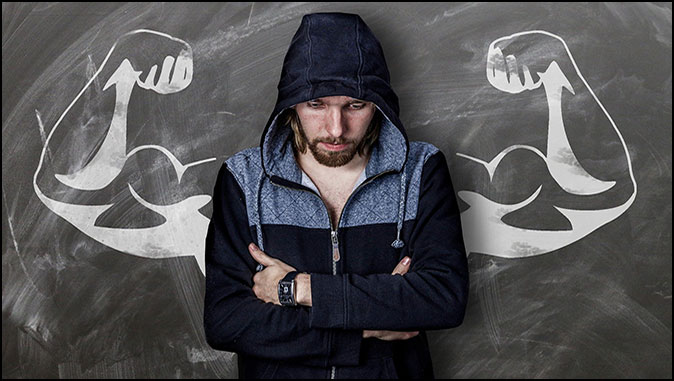 The Church of a Little Strength
By Pete Garcia

“I know your works. See, I have set before you an open door, and no one can shut it; for you have a little strength, have kept My word, and have not denied My name.” – Revelation 3:8

So far, 2020 is not turning out to be my favorite year. I had high hopes for it too, seeing as how we are now in the overtime period beyond Israel’s 70-year marker. Still, we are one day closer to the return of our Lord and Savior, Jesus Christ. For that, I am thankful.

Back in January, I retired from the Army after 21.5 years. I had spent the past two-decades travelling the world, getting married, raising kids, and maturing into the man God has called me to be. Definitely not arrived “yet” to that mature phase, but I reckon I am still a work in progress.

It’s also a bit of divine-irony I suppose that I have been a writer since 2011. I always hated writing. Had Jack Kinsella not asked me to join the Omega Letter back in 2011, I don’t suppose I ever would have written anything…at least not to the degree I have today. I’ve lost count of how many articles I’ve actually written, but I figure they are in the neighborhood of 500. Not too shabby for a “non-writer” I suppose. Nevertheless, I have yet to arrive at Jack’s level of mastery of the art even after all these years.

But after the Omega Letter, I decided I had to keep going. It wasn’t a want or like too, it was a NEED too. I had/have so much flowing through my gray matter that I would probably burst if I didn’t have an outlet. Seems like God knew what He was doing with me after all.

I feel like I need to be teaching, preaching, and getting involved in many other things than just putting words to the computer. But with five young kids and a full-time, temporary, job, it’s hard. It’s also hard to get involved when you are the round peg in a square church because you don’t share the same hermeneutics or eschatology. Because of this, I often feel like I don’t matter much in the big scheme of things. Even still, as blessed and fortunate as I consider myself as having been worthy to live in times like these (ahead of Christ’s return), I feel like I should be doing more.

Perhaps you feel the same way. I want God to do something impossible with me. Like parting the Red Sea impossible. I don’t care about fortune or fame, I want to be used by God mightily. You can keep the Publisher’s Clearing House or the Mega Lotto Millions, I’d take God using my earthen vessel to do something that has eternal ramifications, any day of the week over earthly riches that will rust and fade.

We vote, and nothing changes. We get the right judges in, and evil still seems to get legalized. We protest, boycott, and complain on Facebook or email, and we call, but who really cares about what we have to say. We are the “huddled masses.” We are the faceless crowds in flyover country. We are the “bitter-clingers,” and “deplorables.” We are the way to silent, silent masses.

And nothing seems to change.

But things will change.

“Behold, I tell you a mystery: We shall not all sleep, but we shall all be changed—in a moment, in the twinkling of an eye, at the last trumpet. For the trumpet will sound, and the dead will be raised incorruptible, and we shall be changed” – 1 Corinthians 15:51-52

And as much as I long for that day, it has not yet come. Things seem to just be going from bad, to worse. We are living in increasingly perilous times. We are living in the age of do what thou will. This is what a post-modern, post-American ‘America’ looks like. This is what one major political party (i.e., Democrats) are offering as their alternative vision for our future. The gloves are off and they are now capitalizing on decades of progressive indoctrination through public education, public universities, and pop culture to hopefully flood the streets of America with this demonically charged, spirit of lawlessness.

As such, we are watching the threadbare tapestry of our national fabric, unwinding quickly. We no longer have to wonder what it was like to be a Roman when the empire finally collapsed in 476AD, because we are literally living through the final death throes of a nation on life support. We are witnessing a nation being given over to debased minds; either unable or unwilling to come to the truth as to be saved.

And yet, this is not even as bad as it gets. I believe God is allowing this global dumpster fire to show the world what will happen, one second after the Rapture of the Church. Once the Restrainer is removed (2nd Thess. 2:4-8), the wheels are coming off the bus and there will be nowhere to hide. It will be an explosion of vitriol, violence, and insanity everywhere. Imagine all the rioting, looting, murder, rape, and every other vile form of human behavior being fully unleashed without any restraint everywhere. Not just in the big cities, but in the small towns, the neighborhoods, everywhere. That is what the world is going to look like moments after the Rapture.

As I’ve said numerous times, evil men love chaos and crisis, because it provides them opportunities to take advantage of said crisis in ways they would never get when times are calm and peaceful. The final human government that arises after the Rapture, will be the most totalitarian, authoritative, and oppressive system ever devised. And this time (unlike in times past), this final government will have the technology to match its evil ambitions. Their brutality will make the Third Reich look like amateur hour.

We are on the cusp. We are near the edge of this global abortion, and it is causing us (God-fearing believers) to recoil in horror.

This is our wake up call to witness to the lost now.

And as much as I respect what Dr. Tim LaHaye did with this Left Behind books, there is a complaint I had with them all. They failed to convey just how horrific these last moments of human history will actually be.

When I say false signs and lying wonders that does not imply the magic is fake, or not real, but that it comes from a source apart from God. It will become the age of monsters and magic, much the same way the world was right before God destroyed it with the flood (Gen. 6:1-4).

So this is our world, on the verge of its final plunge. We are watching it with eyes wide open, fully understanding what is currently happening, and what is about to take place. Satan wants you to feel powerless, irrelevant, and useless. He wants you to stay the “silent majority” because he wants to keep as many people here as possible. He doesn’t care what you talk about, so long as it’s not about the Good News of Jesus Christ.

The Good News (Gospel) is that Jesus died for your sins, and He paid the price no one else could pay (Romans 10:9-10). He not only paid for your sins, but He conquered sin and death in the process, and provided a way for you to receive the righteousness of God through His shed blood (2nd Cor. 5:21). All He asks, is that you believe in Him, and His finished work on the Cross for salvation.

So while the world might see you as weak and irrelevant, recognize that God has chosen you to live in these final moments of human history. He saw you before the foundation of the world was laid, and decided that YOU should live in times such as these. You don’t have to be the next Billy Graham or Charles Spurgeon. You just need to be the person God has called you to be, to those people in your life. Plant the seed, or water, and let God give the increase. Lastly, comfort each other in the knowledge of the truth that Jesus is not going to put His bride under His wrath (1st Thess. 1:10, 5:9), but rather, take us home to be with Him.

“Because you have kept My command to persevere, I also will keep you from the hour of trial which shall come upon the whole world, to test those who dwell on the earth. Behold, I am coming quickly! Hold fast what you have, that no one may take your crown. He who overcomes, I will make him a pillar in the temple of My God, and he shall go out no more. I will write on him the name of My God and the name of the city of My God, the New Jerusalem, which comes down out of heaven from My God. And I will write on him My new name.”

The Paradox of a Righteous Lot

The End of the Age: A Plausible Timeline

The End of the Age: A Plausible Timeline By Pete Garcia and Randy Nettles There…

The Deal of the Century

Enemy in the Gates

Enemy in the Gates By Pete Garcia In the winter of 367, the Roman garrison…