The Rapture, the Revelation, the Bell, and the Egg
By Pete Garcia 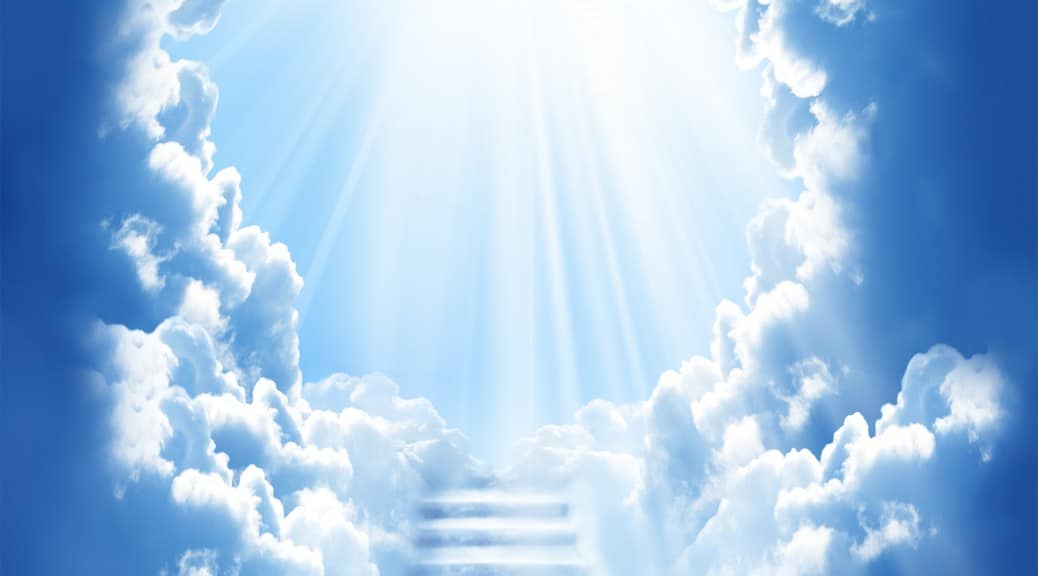 From the very beginning, mankind has been in a continuing series of resets. Think of these resets as ‘revolutions’ in that they transform the way man operates and functions here on earth. We Dispensationalists liken these ‘revolutions’ to dispensations as far as naming-conventions go, but what will be addressed here, goes with, and within what we would classify in biblical terms, as a dispensation. There is not the room for it in this brief, but for an in-depth explanation of what constitutes Dispensationalism and its sine qua non, see here. But in summarized form, the late Dr. Charles Ryrie describes it as–

Dispensationalism views the world as a household run by God. In His household world God is dispensing or administering its affairs according to His own will and in various stages of revelation in the passage of time. These various stages mark off the distinguishably different economies in the outworking of His total purpose, and these different economies constitute the dispensations. The understanding of God’s differing economies is essential to a proper interpretation of His revelation within those various economies.

Traditionally speaking, Dispensationalists recognize between four to seven distinct periods of time in which God has ordained change for mankind. The seven eras and primary audiences, in keeping with a literal, grammatical, and historical interpretation are; Innocence (mankind), Conscience (mankind), Human Government (mankind), Promise (Israel), Law (Israel), Grace (the Church), and the Kingdom (Israel). These would be the major events that really transform and govern how we function on earth. However, the revolutions (both macro and micro) only really align with four of the Dispensations-the first three and the last two.

The first Dispensation/revolution came at the fall of man when Adam and Eve were cast out of the Garden of Eden into a world in which they (and by extension-we) would by the sweat of the brow, and in pain and toil try to survive (Gen. 3:16-19). This was a reset.

The next Dispensation/revolution occurred some 1,600 years later, when God destroyed the antediluvian-world with a global flood (Gen. 6-9). This was a reset.

The next reset happened in place called Babel, (Gen. 11:1-9) where God scattered the post-flood descendants of the survivors (Noah and family) across the face of the earth.  He did this because they (Noah’s descendants) rebelled against God’s wishes that they spread out across the earth (Gen. 9:1), but chose rather to congregate themselves in single location to make a great city. This was a reset.

So these three are all the macro (large scale) events that had global impact on all of humanity.

Then we come to the revolutions within the form in which we can liken them (an analogy) unto Ezekiel’s awesome, heavenly vision of ‘wheels within wheels’ (Ezekiel 1:15-21).  These ‘wheels within wheels’ don’t change the nature of the wheel (it is still a wheel), but very much changes its mobility and direction. So we have the mandate in Genesis 9 for man to govern himself (the exception being the nation of Israel pre-Saul) by which governments, kingdoms, dynasties, empires, etc. operate here within the human domain in any number of types and directions.

Keeping in mind that since the days just after the flood, we’ve had many forms of human government. God reveals the final forms of human government to the Babylonian King Nebuchadnezzar by way of a troubling dream of a multi-metallic statue.  God then used His Jewish prophet Daniel to explain exactly what the statue represented, and it represented actual, physical, kingdoms of varying weight, density, and strength. (See Daniel 2) God later reveals this again to Daniel, but instead of the statue, the kingdoms are represented by chimeras (different animals blended together) (See Daniel 7-8).

Some things that are done can’t be undone. You can’t un-ring a rung bell. You can’t unscramble a scrambled egg. It is physically, theoretically, and mathematically impossible. Likewise, there are events occurring, and that have yet to occur, that when they happen, will transform the human domain forever. God makes the permanent resets, but man, as turbulent and restless as the sea, is in a constant state of fluctuation. (Luke 21:25-26; Revelation 13:1-2)

We humans are finite beings. We are mortal and are limited in both time and space. We can only be in one spot at any given moment, and we can also only exist in the present. That is not to say we didn’t exist in the past, or won’t in the future, but we can’t travel back in time nor can we travel (or even see) into the future. This promotes a strong tendency within us to become ‘creatures of habit’ and rest comfortably within the boundaries of our ‘normalcy bias.’ Since we only exist in the present, we tend to think that the way things are now are the way they will always be. The Apostle Peter, in speaking on the subject of the end of the world says this:

Knowing this first: that scoffers will come in the last days, walking according to their own lusts, and saying, “Where is the promise of His coming? For since the fathers fell asleep, all things continue as they were from the beginning of creation.”

He goes on to conclude that man is ‘willingly ignorant’, choosing to believe in a revisionist-history model where they discount/neglect/ignore historical facts for what they wish had happened.

For this they willfully forget: that by the word of God the heavens were of old, and the earth standing out of water and in the water, by which the world that then existed perished, being flooded with water. But the heavens and the earth which are now preserved by the same word, are reserved for fire until the Day of Judgment and perdition of ungodly men. 2 Peter 3:3-7

We now live in a world in which most people are grossly deluded about the world’s true history.

The passage of time, language changes, competing ideologies, and events that happened far from where most of us live have caused most people to be mentally disconnected from what happened a few thousand years ago.  The world resets itself after a worldwide flood or the dispersion at babel. Eyewitnesses grow old and die, generations pass on, and soon events that happened only yesterday (relatively speaking) become events of myth and legend.

The world has come to “willfully forget” that God in fact not only created the earth, but also purged it once before. The Bible say ‘willfully’ because man refuses to accept the bountiful evidence that proves it true, and rather accepts their own version of events like Darwinian Evolution and the Big Bang Theory. Furthermore, revolutions within form (constant regime changes) seem to constantly reset the driving narratives of the day. Add to that, the ‘bells’ and ‘eggs’ that transform humanity in a way that keeps propelling us forward. Things like geographic discoveries (the Americas, landing on the Moon and Mars, etc.), technological advancements (harnessing electricity, airplanes, steel, atomic and nuclear power, the Internet, etc.) make things impossible to go back to the way they were before.

In regards to the prophetic word, many within Christendom argue incessantly over a picture that is not fully drawn in yet, because we currently see thru a glass darkly (1 Cor. 13:12). What Satan has attempted to do, since he also doesn’t know the specifics, is to get Christianity divided over how this all ends. In other words, he seeks to exploit the unknowable, and divide us up into camps all busy being pitted against each other. But when we look at Scripture, look at the big picture and you will see that there are two distinct take-a ways;

There are numerous distinctions between the Rapture of the Church and the Second Coming of Jesus and are easily seen if one simply compares the two events.  If you think back to Christ’s First Coming, the OT prophets foretold when, how, where, and through whom the Messiah would come from…yet, the people largely either didn’t know, or didn’t care. Throughout Christ’s ministry here on earth, He repeatedly spoke about things which would come to pass, particularly surrounding His coming crucifixion, but even those closest to Him didn’t understand. Even after His resurrection, there was confusion about the coming of His Kingdom, as some expected it to come right then. But as it is, God has the absolute perfect way to both get the message out there, while also selectively choosing who, when, where, how, and why the message impacts to accomplish His goals. (Galatians 4:4-5)

The Rapture will occur prior to the seven year period of hell on earth known either as Daniel’s 70th Week, or simply “the Tribulation.” Once the Rapture happens, it will change everything and be the perfect crisis the world has been waiting on in order to create the new world order it needs for this man Antichrist to rise to power. At the conclusion of the Tribulation, Christ returns with His saints and His angelic forces to overturn Satan (bound and cast into the abyss), Antichrist and the False Prophet (cast alive into the Lake of Fire), and commences the judgment of the nations. At the conclusion of the judgment, Christ ushers in His 1,000 year reign known as the Millennium, or the Kingdom age. (Rev. 19-20)

But both the Rapture and the Revelation (2nd Coming) will be the final processes that upends man’s tragic and bloody history on the earth. One will begin to liberate the earth from bondage, and the second will be purged by fire, and remade to usher in the eternal order of the ages. Paul was witness to (2 Cor. 12), and says about these things…But as it is written: “Eye has not seen, nor ear heard, nor have entered into the heart of man the things which God has prepared for those who love Him.” (1 Cor. 2:9) And remember, the end of this world, only marks the beginning of glory given by Christ (John 17:22) to those who are in Christ. So remember…

“…but God, who is rich in mercy, because of His great love with which He loved us, even when we were dead in trespasses, made us alive together with Christ (by grace you have been saved), and raised us up together, and made us sit together in the heavenly places in Christ Jesus, that in the ages to come He might show the exceeding riches of His grace in His kindness toward us in Christ Jesus.” – Ephesians 2:4-7

The Christmas Story...Part 2 (Conclusion) A Bible Study by Jack Kelley On the eighth day,…

Is the Pre-Trib Rapture a Satanic Deception?

The Rapture, What’s to Fear? Part 3: The Joy of Jesus' Return By Jonathan C.…