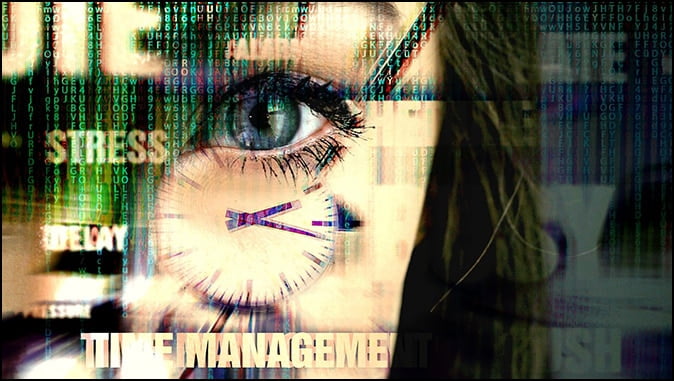 Is It Too Late?
By Pete Garcia

· Why does God use symbolism in Daniel and Revelation?

· Why does God give King Nebuchadnezzar a dream of a multi-metallic statue?

· Why does God give Daniel the same vision, yet uses different symbolism?

· What is progressive revelation?

· What is progressive illumination?

For centuries, both the books of Daniel and Revelation have presented a seemingly insurmountable obstacle for many to understand. While both books use excessive symbolism at times to both conceal and reveal their deeper meanings, many (especially clergy) remain uncomfortable in either attempting to understand it or teach it. Astonishingly, this usage of symbolism has also seemingly given free license to many within (and without) theological circles to abuse the text and insert (eisegete) in their own theories.

For example, the eschatological view of Idealism is entirely predicated on giving each of their interpreters the freedom to theorize as to what the books mean. Historicism often uses the boogeymen of their present-day (the Pope, Hitler, Obama, etc.) as the prime suspect for the last day’s supervillain. Preterism concludes that most (if not all) of Revelation has already happened. Amillennialism uses variations of both Historicism and Preterism, to conclude that Christ is never returning to earth. Post-Millennialism purports that it is the Church’s responsibility to reclaim the earth or to set up the conditions so Christ can return.

Premillennialism, however, stands apart from these other views to state that most of Revelation is still future. Yet, even within the premillennial (or futurist) camp, there is still much dissension over the specifics of what the Church’s role is during the 70th Week of Daniel (Dan. 9:24-27), and when Christ returns.

However, with so many people seemingly interested in the book, or at least, interested in having opinions about it, why does God resort to using cryptic symbolism? Why not just come out and say what it is, if it is destined to happen anyway?

While it is difficult at times to make sense of all the animals, horns, crowns, and so forth that is presented in a book like Revelation, thankfully, we have the book of Daniel to serve as its Old Testament foundation. In fact, the book of Daniel serves as an answer key for the book of Revelation, in that, it gives context to the symbolism. For example, the multi-metallic statue in Daniel chapter two represents kingdoms, which would rule in successive order. These same kingdoms are shown symbolically as chimeras in Daniel 7-8. These monstrosities represent kingdoms. Their crowned heads represent seats of power or authority. The horns represent human rulers. [This gets a little confusing as you wade into Revelation 17, which provides more context to the heads, horns, and mountains].

Aside from having the answer-key (Daniel) already in play, I believe God chooses to encrypt His prophetic messages for a legitimate reason. This was not designed to keep information from His believers unnecessarily; Rather, He decided to reveal the right information at the right time, to the right people. Revealing only the necessary information ahead of time so as not to give ammunition to our adversary in attempting to frustrate those plans.

For example, after the flood, God promised Noah that He would never destroy the world again with water. To make certain of this, God gave Noah the rainbow as a symbol of that promise (Genesis 9). However, just because God promised never to flood the world again, did not mean, He would never destroy the world in the future as the next time, He will destroy it with fire (2 Peter 3:7, 12). Was the information God left out, unnecessarily left out to all those who came before the Apostle Peter wrote this in 66AD?

I do not think so.

It just was not necessary information for those previous generations. However, it was necessary to be included in the Scripture before the canon was closed.

As for God’s choice to encrypt His messages, consider these two points:

In Jesus’s teachings, many struggled (including His disciples) with the messages embedded into the kingdom parables. When confronted about this seemingly unnecessary difficulty, Jesus simply replied to them quoting Isaiah 6. From Matthew 13:14-16, Jesus says-

And in them the prophecy of Isaiah is fulfilled, which says:

But blessed are your eyes for they see, and your ears for they hear;

Because of this necessary difficulty, it would take the indwelling of the Holy Spirit to reveal the deeper meaning of God’s truth He chose to conceal from the world. This same charge was given to each of the seven churches in Revelation 2-3.

The second point leans towards the principle of interpretative consistency. The book of Daniel was sealed and would remain so until the time of the end. We know the last days began when Christ came to the earth in His incarnation (Hebrews 1:1-4). Some 60 years later, the Apostle John was given the Revelation six-hundred years after Daniel, and it was meant to be the unsealing (in part) of the book of Daniel. Since Revelation closed and sealed the canon of Scripture, what we have seen is not more revelation (such as in the case of Joseph Smith’s Mormonism), but more illumination. As time moved onward from the first century, particularly from the 18th-century going forward, we have seen what is known as progressive illumination really exploding. This is where God’s prophetic word meets the unfolding reality. Those who have eyes to see and ears to hear, begin to understand.

It is my opinion that God used symbolism in Daniel (revealing the sequential kingdoms, which would come after Babylon) as evidence to provide irrefutable credibility to the prophecies concerning the coming of the Messiah. Furthermore, since the nations involved in both the Old Testament era, as well as in the last days, would be the same, or very similar, the symbolism remains consistent and familiar. In other words, Daniel would be the key to understanding Revelation.

To use a poker analogy, God never shows all the cards in His hand. However, by understanding His tells (in this case, symbolism), God is able to convey His plans to those who are indwelt by the Holy Spirit. We just need to be sensitive to the Spirit’s prompting and revelation to accept it. Two points to this are essential in proper interpretation: 1) God’s revelation will never contradict itself or other portions of Scripture 2) God is not revealing new information that is not already contained in the closed canon of Scripture. He is illuminating our understanding of what the text already says.

Author’s note: If anyone says to you, God told me such and such in a dream, vision, audibly, etc., and that message is not already in the Bible, it is tantamount to him or her saying, thus sayeth the Lord. Thus, their supposed revelation would be adding to the canon of Scripture that was already closed. These are false prophets and teachers. This is the same way Joseph Smith began his Latter-Day Saints movement. This is how Jim Jones began his People’s Temple. This is how David Koresh and all these other false teachers began to stray from God’s word…and it did not end up well for them or their followers.

While God does not expect every believer to be an expert in Bible prophecy (i.e., we all have different gifts), He does expect us to be good stewards of what gifts we have been given. For those of us who do have a passion for Bible prophecy, our understanding of prophetic things should not supersede our faith in trusting that God’s plan will happen just as Scripture foretells. We do not have to read anything into the text that is not there. That is where the aforementioned false teachers began to err. Either they began reading things into the text that were not there, or they took things away (usually through allegorization) as to misconstrue its true meaning.

Regardless of whether our understanding is at the surface level, or we have attempted to plumb the depths of the prophetic scripture, we are too be good stewards of God’s word.

“Blessed be the name of God forever and ever,
For wisdom and might are His.
And He changes the times and the seasons;
He removes kings and raises up kings;
He gives wisdom to the wise
And knowledge to those who have understanding.
He reveals deep and secret things;
He knows what is in the darkness,
And light dwells with Him.” – Daniel 2:20-22

The Last Church By Pete Garcia So He spoke this parable to them, saying: “What…

Prophetic Ponderings By Pete Garcia As of late, I’ve been wrestling with and pondering on,…

Apocalypse Now By Pete Garcia Therefore, when they had come together, they asked Him, saying,…

Afterlife By Pete Garcia "For you died, and your life is hidden with Christ in…

Every Day, the Day Before

Every Day, the Day Before By Pete Garcia "Knowing this first: that scoffers will come…