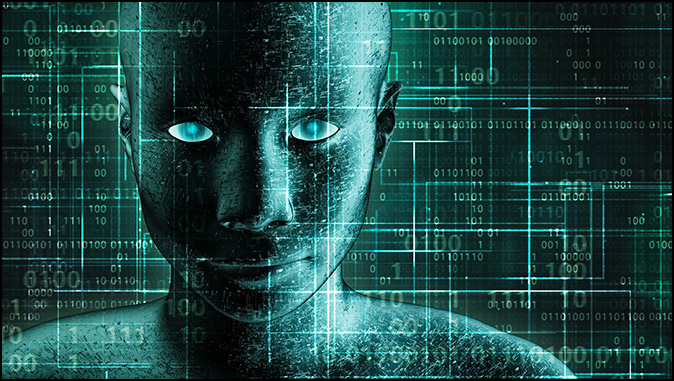 Beyond Human
By Pete Garcia

“But the Lord came down to see the city and the tower which the sons of men had built. And the Lord said, “Indeed the people are one and they all have one language, and this is what they begin to do; now nothing that they propose to do will be withheld from them.” – Genesis 11:5-6

Over the past forty years or so, there has been significant movement on the subject of transhumanism. According to Wikipedia, Transhumanism is an international and intellectual movement that aims to transform the human condition by developing and making widely available sophisticated technologies to greatly enhance human intellectual, physical, and psychological capacities. Transhumanist thinkers study the potential benefits and dangers of emerging technologies that could overcome fundamental human limitations, as well as the ethics of using such technologies. The most common transhumanist thesis is that human beings may eventually be able to transform themselves into different beings with abilities so greatly expanded from the natural condition as to merit the label of posthuman beings.

What’s been fascinating is watching this whole issue move from the realm of science fiction to science reality. Whether we want to blame pop culture singularly, or the modernization of Western Civilization collectively, is irrelevant. What is not irrelevant is the sheer interest in the subject skyrocketing by 300 or 400%. Adding fuel to the fire is the serious scientific and academic means by which this subject went from being impossible, to inevitable, without ever pausing through improbable. While each of the following may not be exclusively responsible for the rise in transhumanism, they are each connected to the greater subject as a whole. They each have their linkages and connections to the proposed “next step” in human evolution.

On one side of this issue, you have a powerful group of technocrats, scientists, academics, and progressive globalists who are aggressively funding and developing the technologies which are forcing mankind writ large into the next stage of what they believe to be Darwinian evolution. For them, the AI Singularity is an absolute certainty, and humans better “evolve” or else they will be wiped out by a sentient AI system; thus, the necessity for transhumanism (enhanced humans).

On the other side of this issue, are the politically awake, and the prophetically astute, who are raising red flags left and right at the potential dangers that are facing humanity in light of such brash initiatives. The cautionary issues surrounding transhumanism include creating an Orwellian, dystopic, global, totalitarian government where humans are relegated to become nothing more than cyborgs connected to a hive mind. The second and even more problematic issue is if AI Singularity occurs and abruptly decides that ending humanity (enhanced or not) is in its best interest.

Of course, the largest category in all of this is in the middle where the largely unaware mass of humanity either has no idea what is happening or has no concern about how quickly the world is hurdling towards this brave new world.

Wherever you find yourself in this issue, the reality is that it is coming, and its arrival will fundamentally change how we live on planet earth, and may one day even challenge what it means to be human. As a western society, we are already struggling with what it means to be male, female, or even an adult, the next logical barrier they (the progressive left) want to take down is what it means to be human. Nevertheless, we are being thrust into this time regardless of whether we want to go there or not.

It’s almost identical to how just a few men clandestinely working on the Manhattan Project, forced all of mankind into the Atomic Age. Back then, the justification for creating such terrifying weapons of mass destruction, was so that we could beat the Third Reich to the technology. Today, the same justification is being used because less ethical entities (China, Google, DARPA, etc.) are all racing to create some SkyNet-like system, thus necessitating the need for a Six Billion Dollar Man.

The main difference between then and now is that with transhumanism, you don’t just have a few, but many governments, academic organizations, and corporations are all racing ahead to be the first to crack the code on issues like anti-aging, immortality, singularity, enhanced humans, and a dozen or so other issues that would fundamentally change what it means to be a mortal man. And all of this would be terribly nihilistic and potentially horrifying were it not for one thought.

“Then I turned to see the voice that spoke with me. And having turned I saw seven golden lampstands, and in the midst of the seven lampstands One like the Son of Man, clothed with a garment down to the feet and girded about the chest with a golden band. His head and hair were white like wool, as white as snow, and His eyes like a flame of fire; His feet were like fine brass, as if refined in a furnace, and His voice as the sound of many waters; He had in His right hand seven stars, out of His mouth went a sharp two-edged sword, and His countenance was like the sun shining in its strength. And when I saw Him, I fell at His feet as dead. But He laid His right hand on me, saying to me, “Do not be afraid; I am the First and the Last. I am He who lives, and was dead, and behold, I am alive forevermore. Amen. And I have the keys of Hades and of Death.” – Revelation 1:12-18

I don’t know about you, but every time I read this passage, I get chills. In fact, whenever I read this passage aloud, I get choked up because of how powerfully descriptive it is of our Lord’s true nature. When God became the man Christ Jesus in the incarnation, He had to dim (or tone down) His true nature so that He could even walk among us without causing everyone He met to fall over as dead.

We think about the Apostle John, who physically knew Jesus as a man. He was there at the Mt. of Transfiguration. He was there at the cross. He was there after His resurrection. And John still couldn’t physically take it when he saw Jesus’ true unfiltered nature…it was too much. God told Moses that no man could see Him and live (Ex. 33:20, Deut. 4:12), to which John the Baptist would later reiterate (John 1:18). Although Daniel only saw some kind of unnamed, yet high-ranking angel, he became physically weakened and had to be restored (Dan. 10:8-11). The same thing happened to Isaiah, who saw the throne room and God in a vision. Even then, he was immediately overcome by his own sinfulness and inadequacies and had to be physically restored (Isaiah 6).

When we become born again (John 3:3-6), we are not just changed from bad to good, we are changed from spiritually dead, to spiritually alive. Our new spiritual life comes about by our being justified before God the Father as Holy, not because of any of our own works (as if God needed our works), but through the shed blood of His Son (Eph. 2:8-9, Col. 1:13-14). At the moment of belief, we are indwelt and sealed by God the Holy Spirit, who not only transformatively gives us a new nature, but we become a new creation altogether (Eph. 1:11-14, 2 Cor. 5:17-21). This is why in the Old Testament, only Adam and the angels could be called “sons of God,” (as they were direct creations of God), but in the New Testament, all born-again believers can also claim this title. True born-again believers are direct creations of God (Romans 8:14).

As such, when the Rapture happens, we will be changed from new spiritual creations dwelling in our yet mortal and temporary bodies to new spiritual creations indwelling in our new glorified and eternal bodies. This is why the Rapture is an absolute necessity for the Church. We must shed these mortal frames, in order to exist where God dwells. Furthermore, this necessary transition from mortal to immortal must happen prior to the Tribulation (70th Week of Daniel), because we must be judged first (1 Cor. 3:9-17, 2 Cor. 5:1-11, 1 Peter 4:17) before God judges the world who rejected His Son (Jer. 30:7-11).

“Beloved, now we are children of God; and it has not yet been revealed what we shall be, but we know that when He is revealed, we shall be like Him, for we shall see Him as He is. And everyone who has this hope in Him purifies himself, just as He is pure.” – 1 John 3:2-3

Nevertheless, when Christ appears (at the Rapture), we will see Him as He is, for we will be like Him. We know that after His resurrection, Christ could change His appearance at will (John 20:14-17), He could appear and disappear at will (Luke 24:31), could walk through walls (Luke 24:36-37), but could also be felt (John 20:27) and eat (Acts 10:40-41). Somehow and someway, we will be like this. To paraphrase a good friend with regards to our glorified bodies, we will still be able to manipulate the physical domain, but we will no longer be constrained by it.

One final thing I will say is that if my faith and hope were only in humanity and our ability to save ourselves through technological evolution, I would be terribly depressed. What good would it be if I were as capable as Captain America, but faded into nothingness when my enhanced body finally died? What good would it be if I had all the technological advances of an Iron Man suit, but couldn’t save my own soul? What a bleak and absolutely hopeless future it is for those who think cybernetically modifying our bodies is somehow redemptive. How utterly short-sighted and boring this view is when compared to eternity and the wonders God has in store for those who are His (Eph. 2:4-7). One day very soon, you and I, and all those (alive and dead) who are in Christ, will move beyond human. We will become, the fully manifested sons and daughters of God, co-heirs reigning with our Creator for all of eternity (Rom. 8:16-18).

“Now this I say, brethren, that flesh and blood cannot inherit the kingdom of God; nor does corruption inherit incorruption. Behold, I tell you a mystery: We shall not all sleep, but we shall all be changed — in a moment, in the twinkling of an eye, at the last trumpet. For the trumpet will sound, and the dead will be raised incorruptible, and we shall be changed. For this corruptible must put on incorruption, and this mortal must put on immortality. So when this corruptible has put on incorruption, and this mortal has put on immortality, then shall be brought to pass the saying that is written: “Death is swallowed up in victory.”

The sting of death is sin, and the strength of sin is the law. But thanks be to God, who gives us the victory through our Lord Jesus Christ.” – 1 Corinthians 15:51-57