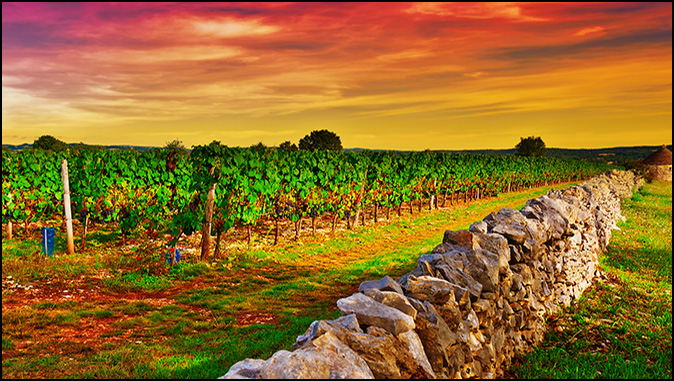 The Parable of the Tenants
A Bible Study by Jack Kelley

Then He told them these two parables.

The Parable of the Two Sons

“What do you think? There was a man who had two sons. He went to the first and said, ‘Son, go and work today in the vineyard.’ “‘I will not,’ he answered, but later he changed his mind and went.

“Then the father went to the other son and said the same thing. He answered, ‘I will, sir,’ but he did not go. “Which of the two did what his father wanted?” “The first,” they answered.

“Listen to another parable: There was a landowner who planted a vineyard. He put a wall around it, dug a winepress in it and built a watchtower. Then he rented the vineyard to some farmers and went away on a journey. When the harvest time approached, he sent his servants to the tenants to collect his fruit.

“The tenants seized his servants; they beat one, killed another, and stoned a third. Then he sent other servants to them, more than the first time, and the tenants treated them the same way. Last of all, he sent his son to them. ‘They will respect my son,’ he said.

“But when the tenants saw the son, they said to each other, ‘This is the heir. Come, let’s kill him and take his inheritance.’ So they took him and threw him out of the vineyard and killed him. “Therefore, when the owner of the vineyard comes, what will he do to those tenants?”

“He will bring those wretches to a wretched end,” they replied, “and he will rent the vineyard to other tenants, who will give him his share of the crop at harvest time.”

Jesus said to them, “Have you never read in the Scriptures: ” ‘The stone the builders rejected has become the capstone; the Lord has done this, and it is marvelous in our eyes’?

“Therefore I tell you that the kingdom of God will be taken away from you and given to a people who will produce its fruit. He who falls on this stone will be broken to pieces, but he on whom it falls will be crushed.”

When the chief priests and the Pharisees heard Jesus’ parables, they knew he was talking about them. They looked for a way to arrest him, but they were afraid of the crowd because the people held that he was a prophet. (Matt 21:28-46)

I Think They’ve Got It

These two parables are so obvious in their meaning, no wonder they got it. John’s Baptism was one of repentance. By the way, let’s correct the meaning of that word. Repent means to change your opinion about your behavior, not change your behavior. When John said, “Repent for the Kingdom of Heaven is near,” he wasn’t warning people to clean up their act so they’d be qualified for the Kingdom. He knew that was impossible. He was telling them to change their opinion about needing a Savior before it was too late. His water baptism was a ceremonial cleansing from their sins, symbolizing salvation by faith following a confession of their need for a Savior.

The Lord’s point was that those who realized their hopeless condition and received their cleansing by faith would enter the Kingdom ahead of those who felt no need for a cleansing and relied on their behavior instead. Way ahead.

The Pharisees worked hard to maintain the outward appearance of keeping the law but failed miserably in their hearts, what with their pride and feelings of superiority. The “sinners” on the other hand admitted they hadn’t been able to please God with their behavior and came in faith alone with broken and contrite hearts. The Lord’s preference for that attitude had been documented in their Scriptures for nearly 1000 years. (Psalm 51:16-17)

The Parable Of The Tenants

As for the parable of the tenants, only the naming of names could have made this a clearer summary of their history. The Landowner was the Lord, the vineyard His Kingdom on Earth, the workers were the Israelites, His servants represented the prophets He regularly sent to Israel, and of course His son was Jesus. And when they answered the question about what should be done, they gave as pure a prophetic utterance as has ever come from the mouths of men. “He will bring those wretches to a wretched end,” they replied, “and he will rent the vineyard to other tenants, who will give him his share of the crop at harvest time.”

The Lord agreed. “Therefore I tell you that the kingdom of God will be taken away from you and given to a people who will produce its fruit. He who falls on this stone will be broken to pieces, but he on whom it falls will be crushed.”

Here then are the only two options available. Fall on the stone (the Stone the builders rejected) and be broken, be humble and contrite, be born again and live by faith. Or keep going your own way till someday when you least expect it the Stone falls on you, and be called to account for your behavior, be crushed and die in your sins.

So What’s The Big Mystery Here?

They knew He was talking about them, yet their response was contention not contrition. Their hearts had become so hardened, they could no longer consider the possibility they might be mistaken. They had to shut Him up because they couldn’t risk having to re-think things.

Back then they had people who disagreed with them arrested. (Today we’re much more subtle, we just re-interpret the meaning of what He said.) But they understood that He was threatening to take the Kingdom away from them and give to others who would produce its fruit.

Now don’t let anyone try to tell you that the vineyard is the Land of Israel. The land was given to them unconditionally. But beyond that, Israel was chosen by God to accomplish four things; to transmit His word (Isa. 42:9), be a witness for Him (Isa. 43:10), show forth His blessing (Isa. 49:3) and be the channel for the Messiah (Isa. 49:5).

They did such a remarkable job in transmitting His word that today hardly any of the Old Testament varies from the way God originally spoke it. And as a showcase for His blessing, the reigns of David and Solomon were unparalleled in previewing life in the Kingdom. Of course it goes without saying that Israel was the channel for the Messiah. It was in the second area, being a witness for God, where they had failed.

“Woe to you, teachers of the law and Pharisees, you hypocrites! You travel over land and sea to win a single convert, and when he becomes one, you make him twice as much a son of hell as you are,” Jesus accused them. (Matt 23:15)

On the Temple Mount, the Court of the Gentiles was as close as non-Jews could get to the Holy of Holies, and the only place they could legally worship the Lord. Any attempt to get closer was a crime punishable by death. At the time of Jesus it had been turned into an open air market (it’s the place from which Jesus drove the money changers and sellers of animals) making it impossible for gentiles to worship there. In short the Lord promised He would be their God and they had refused to share Him with anyone else.

Go Ye Into All The World

And so the Great Commission was given to the disciples, and through them the church. “All authority in heaven and on earth has been given to me,” Jesus told them. “Therefore go and make disciples of all nations, baptizing them in the name of the Father and of the Son and of the Holy Spirit, and teaching them to obey everything I have commanded you. And surely I am with you always, to the very end of the age.” (Matt 28:18-20)