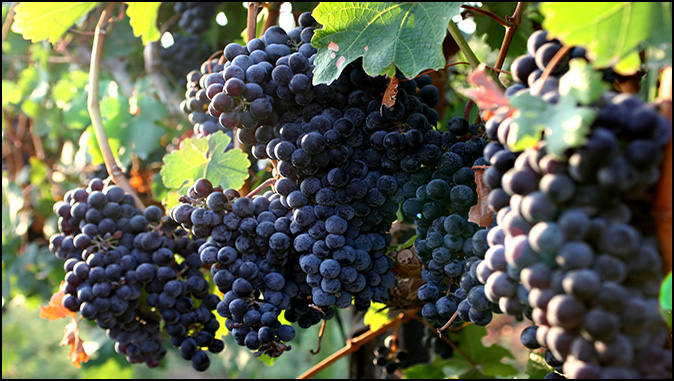 For the kingdom of heaven is like a landowner who went out early in the morning to hire men to work in his vineyard. He agreed to pay them a denarius for the day and sent them into his vineyard. About the third hour he went out and saw others standing in the marketplace doing nothing. He told them, “You also go and work in my vineyard, and I will pay you whatever is right.” So they went. He went out again about the sixth hour and the ninth hour and did the same thing. About the eleventh hour he went out and found still others standing around. He asked them, “Why have you been standing here all day long doing nothing?” “Because no one has hired us,” they answered. “He said to them, “You also go and work in my vineyard.”

When evening came, the owner of the vineyard said to his foreman, “Call the workers and pay them their wages, beginning with the last ones hired and going on to the first.” The workers who were hired about the eleventh hour came and each received a denarius. So when those came who were hired first, they expected to receive more. But each one of them also received a denarius. When they received it, they began to grumble against the landowner. “These men who were hired last worked only one hour,” they said, “and you have made them equal to us who have borne the burden of the work and the heat of the day.” But he answered one of them, “Friend, I am not being unfair to you. Didn’t you agree to work for a denarius? Take your pay and go. I want to give the man who was hired last the same as I gave you. Don’t I have the right to do what I want with my own money? Or are you envious because I am generous?” So the last will be first, and the first will be last. (Matt. 20:1-16)

What Good Thing Must I Do?

This parable is given as the conclusion to a discussion that began a chapter earlier with a rich young man asking what good thing he must do to inherit eternal life (Matt 19:16-30). By the way, some believe this young man was Mark, future gospel writer and companion of Paul. As you know, a parable is a heavenly story set in an earthly context. Everyone and everything is symbolic. The key to unlocking a parable is to correctly interpret the symbolism. Here’s my view.

The vineyard represents the body of believers and the landowner is the Lord. The workers are those who respond to His call, the day is their lifetime and the wages eternal life. All through our lives God is calling. Some respond early in life, some later and others at the very end. But all who respond receive eternal life. For it is by grace you have been saved through faith, not by works (Ephe. 2:8-9).

Some workers in the parable resented the fact that all were paid equally, believing that since they worked longer they should have received more. This attitude reflects the spiritual pride found in some long term believers who think their years of service should automatically count for more. It actually betrays their works based theology, showing that they’ve forgotten that we serve the Lord to express our gratitude for what He’s already done, not to earn more of what we expect Him to do. We should be grateful for long years of service because it means we’ve had more opportunities to say thanks. The landowner responded to these malcontents by saying that they had received everything he’d promised them. If he wanted to be generous with the others wasn’t that His right?

“For my thoughts are not your thoughts, neither are your ways my ways,” declares the Lord (Isaiah 55:8).

Here on earth an employer who paid his people that way would be considered unfair and could actually be in violation of wage and hour laws. Compensation is normally based upon performance and length of service. That was also the attitude of the rich young man who had asked, “What good thing must I do?” All his life he had been taught the relationship between effort and reward, and he wanted to know what he could do to earn his salvation.

But the Lord looks at things differently. His love for us is derived from who we are, not what we’ve done. And who are we? Children of the King, the highest example of His creative capability, His work of art (Rom 8:17 & Ephe. 2:10). We don’t have to work to earn eternal life, we just have to accept when He offers it. It’s our inheritance, after all.

The Israelites had been taught that riches were an indication of righteousness and when Jesus now told His disciples that it’s hard for a rich man to enter the Kingdom, they asked, “Who then can be saved?” “With man this impossible,” Jesus replied, “But with God all things are possible” (Matt. 19:23-26). Still not willing to abandon their works theology Peter said, “We have left everything to follow you. What then will there be for us?” (vs. 27) Then the Lord illustrated the distinction between the free gift of salvation and the rewards that come from properly motivated service. (Read Crown Him with Many Crowns) They would sit in judgment of the 12 tribes of Israel, and indeed everyone who has abandoned the things of this world in favor of a life of service would receive similar rewards, plus eternal life (vs. 28-29). Many who perceive themselves as deserving of superior rewards based solely on their hard work or length of service will discover that the Lord’s criteria for such rewards is far different from their own. They will learn the meaning of His phrase, “the last will be first, and the first will be last.” (vs. 30) It’s the motive of our heart while serving Him that matters, not the duration or outcome of our effort. (1 Cor 3:10-15) Their pride has disqualified them for special rewards.

So the Parable of the Workers in the Vineyard teaches that no matter when in your life you heed His call, you will gain Eternal Life. It’s a gift freely given to all who will receive it, irrespective of effort. The only problem is that you can’t determine in advance when your last chance to accept will come. Better make sure you’ve got it now.

Therefore God again set a certain day, calling it Today, when a long time later he spoke through David, as was said before: “Today, if you hear his voice, do not harden your hearts” (Hebr. 4:7).