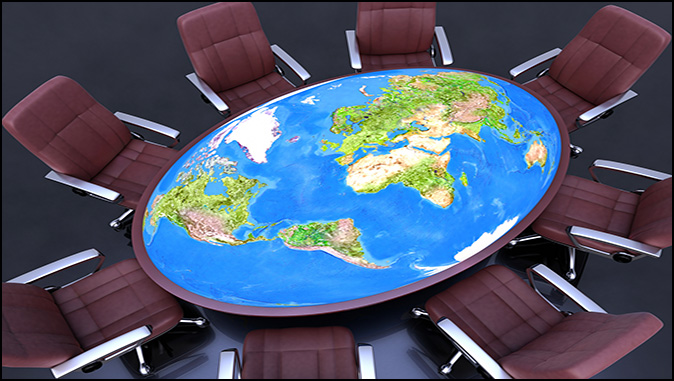 World Government at the Door
By Hal Lindsey

On March 29th and 30th of 2022, global elites gathered for the World Government Summit in Dubai. They talked about working with individual governments in a variety of areas. But make no mistake. Their goal is in their name. They want world government.

The Bible speaks of Antichrist and the False Prophet taking control of the planet by seizing the financial system. This year’s World Government Summit expressed the same idea.

American economist Dr. Pippa Malmgren said, “What underpins a world order is always the financial system…. And what we’re seeing in the world today, I think, is we are on the brink of a dramatic change where we are about to — and I’ll say this boldly — we’re about to abandon the traditional system of money and accounting, and introduce a new one. And the new one, the new accounting is what we call blockchain. It means digital, it means having an almost perfect record of every single transaction that happens in the economy.”

The context proves that she’s talking about a “world order.” Therefore, she must be referring to every single transaction in the world economy. “What underpins a world order,” she said, “is always the financial system.” She says “boldly” that, “We’re about to abandon the traditional system of money and accounting, and introduce a new one.”

If you want to remake a civilization, remake its financial system. And that’s what they’re trying to do — not for a single civilization, but for the whole world. It will ultimately lead to the “mark of the beast,” and the totalitarian world system necessary to enforce it.

She says that the new money will be based on the blockchain technology that now underpins digital currencies such as Bitcoin. She then makes an important distinction between present digital currencies and future ones. “This new money,” she says, “will be sovereign in nature. Most people think that digital money is crypto, and private. But I see our superpowers introducing digital currency. The Chinese were the first, the US is on the brink, I think, of moving in the same direction. The Europeans have committed to that as well.”

Like all digital data, the new currencies will be made of zeroes and ones, and interpreted by machines. For that reason, “digital euros,” “digital dollars,” and the others can easily be made to work together as a single currency. With that, world elites will have achieved the goal Dr. Malmgren states so well. They will have “an almost perfect record of every single transaction that happens in the economy.”

And when they implement their system globally, they will have a “record of every single transaction that happens in the economy” of the entire planet.

We find this high-tech scenario in a document written over 1,900 years ago. Revelation 13:17 (NKJV) describes it like this: “No one may buy or sell except one who has the mark or the name of the beast, or the number of his name.” A person will not be allowed to buy or sell unless he can access the global grid of digital money. And when the Antichrist reigns, only those who carry his mark will have that access.

The European Union: From a Single Market to a Tragic Farce

The European Union: From a Single Market to a Tragic Farce By Drieu Godefridi Originally…