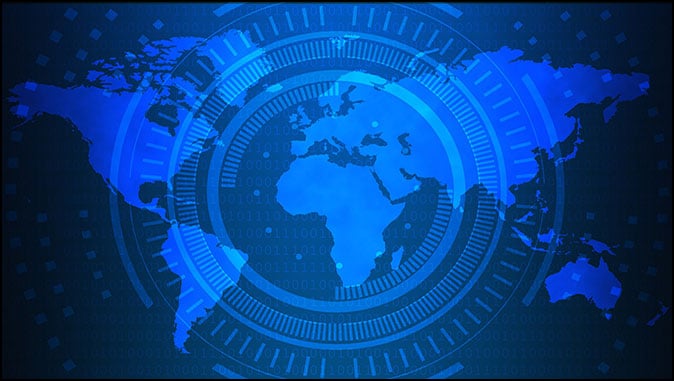 What is Happening in our World?
By Jonathan C. Brentner

What is happening to our great nation? What do the riots signify? Why do we see such violence on our streets with innocent people attacked and in many instances killed? Why the tremendous increase in violence?

What if all that we are seeing points what the Bible tells us will be a world government during the time of the tribulation?

We know that the UN’s main objective is to establish a worldwide government. During the past couple years, the desire has for such a world governing body has burst into the open with conferences and websites calling for a New World Order.

Much of what we are seeing in 2020 represents a concerted effort by elite globalists to prepare people in the United States and the world to accept the authority of the coming New World Order (NWO).

So far this year the left in America has convinced most people that:

Only a NWO Can Protect You from Disease

I remain amazed at how the left has used the media to create a psyche of fear in the wake of COVID-19. I am aware that the coronavirus has caused much suffering. However, the evidence does not support the shutting down of economies and the widespread panic that has resulted from it. The World Health Organization (WHO) recently announced that it’s highly unlikely for one with no symptoms to spread this virus. Does this not make quarantining the healthy and the public wearing of masks unnecessary?

Furthermore, for the majority of people, COVID-19 is not any more deadly than the typical flu. Those under seventeen have a greater chance of lightning striking them than of this virus killing them.

In spite of this, media and left-leaning politicians have convinced us that we are incapable of deciding the risk inherent in public gatherings. Most states closed down “non-essential” businesses and churches to protect us from ourselves. Many governors have put draconian measures in place that have more to do with control than with safeguarding our health.

How does this relate to the New World Order? The third goal of the UN’s Agenda 2030 states the mission of this coming worldwide government will be to “ensure healthy lives and promote well-being for all at all ages.” In other words, we must turn over the responsibility for our health to a government agency because they supposedly possess a better understanding of how to protect our health than we do.

We have already seen calls for this type of ruling authority to deal with this virus. On March 26, 2020, former Prime Minister of the United Kingdom, Gordon Brown, called upon world leaders to create “a temporary form of global government” in order to contain the COVID-19 pandemic.

I believe the widespread wearing of masks in public symbolizes the willingness of people to submit to a future worldwide regime that promises to protect them from disease and take care of all their medical needs.

Only a NWO Can Protect the Environment

Until the arrival of COVID-19, the supposed climate change crisis had been the key impetus behind the calls for the NWO. Both Agenda 2030 and its corresponding Green New Deal in the United States assume that the only way for us to protect the environment from imminent catastrophe is to join together under a totalitarian Marxist government.

Inherent in the goals of these initiatives is the unmistakable presupposition that only a socialist type of government can save the environmental from the dangers posed by climate change. Hollywood celebrities, politicians around the world, and even Pope Francis repeatedly warn us that only a Marxist New World Order, which alone can save the planet and thus preserve it for future generations.

Who decided that only a Marxist world order can combat climate change? Even if one concedes that climate change is an emergency requiring immediate action, why is it necessary for the entire world to forsake nationalism and free enterprise in order to address it?

According to the most recent statistics of the International Energy Agency (IEA), the United States leads the world in declining CO2 emissions. On February 11, 2020, the IEA stated that the “United States saw the largest decline in energy-related CO2 emissions in 2019 on a country basis—a fall of 140 Mt, or 2.9%, to 4.8 Gt.US emissions are now down almost 1 Gt from their peak in the year 2000, the largest absolute decline by any country over that period.”

China, on the other hand, provides us with ample evidence that totalitarian socialist governments are the absolute worst at controlling air pollution. It seems to me that the Marxist solution proposed by Agenda 2030 and the Green New Deal is the worst possible route to take since it has already proven incapable of decreasing pollution in our environment.

Furthermore, the goals of the New Green Deal would devastate the economy of the United States and result in tens of millions of deaths due to its draconian limits on petroleum.

Only a NWO Can Protect Minorities from Racism

Among other things, the well-orchestrated and carefully planned rioting of the past month has convinced many people that the United States can no longer protect people from racism or the abuse of the police. The subservient act of kneeling has become symbolic of agreeing with the rioters that not only can we not trust the police, our entire structure of law enforcement needs radical transformation.

The objective of the media and violent anarchist groups such as Antifa and Black Lives Matter is to shame us into believing we are all responsible for any and all racism as well as for the killing of George Floyd. As such, they tell us we must accept the reforms to our police departments even to the extent of appealing to UN to enable us to achieve justice for blacks.

According to NBC news, Ben Crump, a member of George Floyd’s legal team, has already appealed to the United Nations to intervene in the alleged injustice in the United States. In doing so he stated, “The United States of America has a long pattern and practice of depriving Black citizens of the fundamental human right to life…The United States government has consistently failed to hold police accountable and did not bring Federal criminal charges even in cases with irrefutable video evidence.”

While I believe Crump’s statements are totally false, the media along with many politicians are diligently working to convince people that such statements are true. As a result, we hear growing cries to either disband police departments or defund them. The future result of such action will likely lead to UN intervention to quell the resulting violence and lawlessness that will happen without our police.

Perhaps this is what Henry Kissinger was thinking in 1992 when he spoke these words to an audience in France, “Today American’s would be outraged if U.N. troops entered Los Angeles to restore order; tomorrow they will be grateful.”

This fits perfectly with goal number 11 of the United Nation’s 2030 Agenda, “Make cities and human settlements inclusive, safe, resilient and sustainable.” The intent of the UN is for it, rather than individual nations, to ensure the safety of all people from the evils of racism and injustice.

We know from Scripture that racism and injustice will increase exponentially during the coming tribulation despite the lofty goals of the UN. The long-awaited utopia will eventually become a killing machine under the leadership of the antichrist.

Only a NWO Can Guarantee Equal Outcomes

The goals of the UN’s Agenda 2030 and the Green New Deal are the exact opposite of what the founding fathers envisioned for America. Those who wrote the Declaration of Independence and framed the constitution did so with the aim of forming a republic that guaranteed equal opportunity for its citizens. The Marxist globalists pledge to guarantee equal outcomes for all people via the New World Order.

The graves of well over a hundred million people from the last century testify to deceitfulness of such a claim, which is impossible to achieve for at least a couple reasons. First, in any totalitarian regime it’s the ruling class that defines the “equal outcome” for the masses, not the people. And secondly, the elite always resort to deadly force in dealing with those who disagree with the them regarding the nature of such “equal outcomes.”

As has been the case since the Tower of Babel in Genesis 11, the desire for a one world government represents a rejection of God and His Word revealed on the pages of the Bible. People have long believed they can institute a better plan for governing the world than God.

At the end of the millennium people will rebel against Jesus’ righteous and just rule over the world (Rev. 20:7-10). In doing so they will prove one and for all that rebellion against God and His Word comes from the heart of those who reject Jesus rather than from circumstances. The violence and rioting we see in the United States is not the result of systemic racism, but the result of hearts bent on spurning the Lord’s authority. The intent is to destroy a nation built on the foundation of God’s law and biblical principles.

The more people turn away from Jesus and the truth He embodies, the more they look to government as the answer to their woes and grievances. And once the left and the media convinces them that the United States does not have their best interests at heart, they become vulnerable to the cries for a worldwide governing authority that falsely promises a utopian existence for them (one that will result in the worst nightmare imaginable for them).

Such things as new laws, more government regulation, and a worldwide governing authority will only continue the downward spiral of this Christ-rejecting world into lawlessness and violent destruction. It saddens me to see so many people, even Christians, sucked into prevailing mindset that we need more government control to combat social ills and disease.

Sadly, many pastors have bowed before the Marxist and God-hating BLM showing the depths of the world’s deception and the great apostasy of the church today.

The answer to our problem is found on the pages of Scripture. It’s Jesus and Him alone. The future of this world consists of unimaginable terror, death, and widespread destruction.

For those of us who know the Savior, we look forward to His soon return and our sudden upward journey to the place He’s now preparing for us.

Note: Please consider signing up for my newsletter on the home page of my website at https://www.jonathanbrentner.com/ It will greatly help me in reaching more people. Thanks!