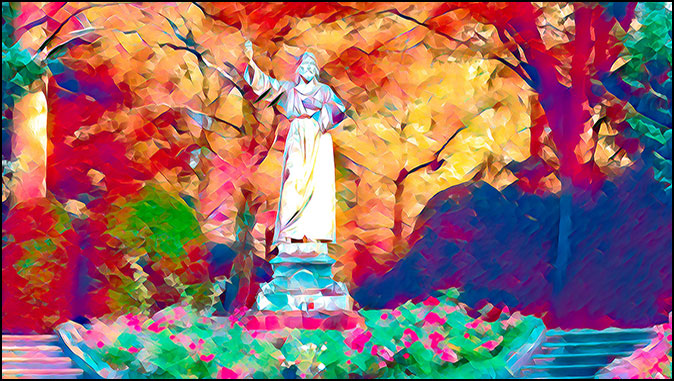 Names of Jesus: The Redeemer
A Bible Study by Jack Kelley

Jesus had to be God to forgive our sins, but He had to be human to redeem us.

“…our great God and Savior, Jesus Christ, who gave himself for us to redeem us from all wickedness and to purify for himself a people that are his very own, eager to do what is good.” (Titus 2:13b-14)

The Messianic title Kinsman Redeemer originated from the Law specifying that only a close kinsman could redeem a person or his property (Lev. 25).  Only with God as His father and Mary as His mother (Luke 1:31-32) could He accomplish this.

Right from the beginning, God promised to provided a remedy for us. (Genesis 3:15) A redeemer would pay the penalty for our violations of His laws (1 Peter 1:18-20). At a time of God’s choosing He would send His Son to die, and His death would be a once-for-all-time sacrifice for sin (Hebrews 10:12-14).

The law of redemption is detailed primarily in Leviticus 25 and covers both the loss of property and the loss of freedom. Adam suffered both these losses when he sinned and from that time forward all of his progeny were held captive to sin by the one who had stolen their kingdom, awaiting the Kinsman Redeemer.

A Kinsman Redeemer had to meet several requirements. First, he had to be qualified. That means he had to be a next of kin or close relative. Next he had to be able, in other words have the means to pay the price. And third he had to be willing. Although it would be a public disgrace to do so, he could refuse.

In Jesus, God became a man in order to qualify Himself to redeem us. He lived a sinless life because the coin of redemption was the blood of a sinless man. And he was willing to give His life for us because He loves us.

The idea that God could become a man and live a sinless life shouldn’t surprise us. He is God after all. But the fact that He would choose to sacrifice that perfect life just so we could escape the punishment due us when there’s nothing we can give in return should drive us to our knees in wonder.

“In him we have redemption through his blood, the forgiveness of sins, in accordance with the riches of God’s grace that he lavished on us.” (Ephesians 1:7-8)

Our prayer: Thank you Lord, for the gift of your Son, our Redeemer. We are in awe of your love and sacrifice for us and the riches of your grace that you lavish on us. Let us never take this for granted and let us spend the rest of our time we have left choosing each day to live in gratitude to you. Amen.

The importance of knowing our Redeemer cannot be overstated.  You can download a free copy of my book, The Redeemer here: