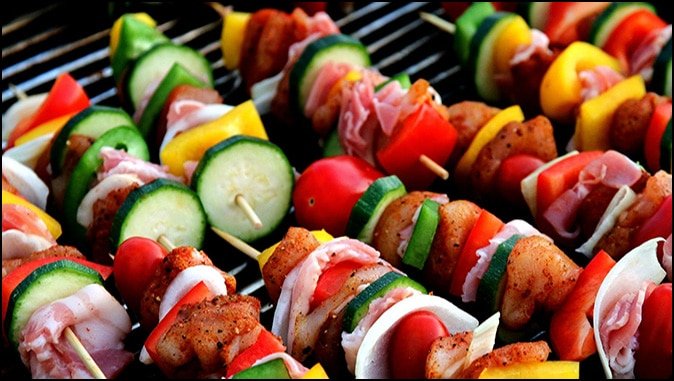 Your Government Will Feed You Now
By Jack Kinsella

While the nation’s attention has been focused on Julian Assange, the Wikileak archives, and the potential for nuclear war on the Korean peninsula, the Senate quietly passed Senate Bill S.510, or “The FDA Food Safety Modernization Act.”

The bill is better known by its shorter “short name” of Food Safety Act, or by its supershort name, the FSA.

First off, the bill was introduced by Dick Durbin, [D-Illinois] (the same Durbin who called US troops ‘Nazis’ from the well of the Senate in 2006.) So right off the bat, there is cause for alarm.

The bill would grant the FDA additional regulatory authority over the nation’s food supply, which sounds like a good thing. And it DOES seem to me like there have been a lot of tainted food recalls over the past year or so.

Maybe we do need tighter FDA oversight of our food supply. Still, one wonders how American food processors got so sloppy in recent months as to necessitate wider regulatory powers for the FDA in the first place.

Is this an idea whose time has come? It seems a bit odd. One of the provisions of the bill would enable the FDA to order a food recall. Under current law, a recall of tainted food is voluntary.

The FDA can suggest it, but enforcement is left up to the marketplace. Here’s how that works: If they don’t recall it, they soon go out of business. Who is going to buy food from a source they don’t trust?

It’s worked effectively since the dawn of time. Evidently, it doesn’t work anymore?

What it really does is give the FDA a huge hammer it can bring down on small, independent, non-union operations. One false recall could put a small farmer or food distributor out of business.

Senator Tom Harkin said in defense of the FSA that;

“The Centers for Disease Control and Prevention estimate that food born diseases cause approximately 76 million illnesses each year including approximately 325,000 hospitalizations, and 5,000 deaths in the United States. These numbers are staggering… “

Staggering? Time for a little fun with numbers. According to the US Population Clock there are at the time of this writing, 310,832,207 Americans. Everybody eats and most people eat three meals per day plus who knows how many snacks.

Among those 5000 are babies, the sick, the elderly, the homeless, the mentally ill and the otherwise infirm.

Expressed as a percentage, it is too small to calculate.

According to the CDC, of those 40 million who smoke, 400,000 will die this year. Yet you’d be surprised how few FDA regulations there are for cigarette safety and quality.

I’ve been on this planet for almost sixty years and I’ve never once heard of a cigarette recall. Cigarettes, when used as directed, are guaranteed to kill the user.

To recap Senate Bill s-510 is sponsored by Dick Durbin and supported by Tom Harkin. The rationale behind the bill is to prevent one in ten Americans from getting the runs, one in ten thousand from going to the hospital, and an infinitesimally tiny percentage of food poisoning deaths.

Even the way that the bill was written was suspicious. The Senate wrote the bill and sent it to the House, usurping the Constitutional mandate given to the House of Representatives. It seems all out of proportion to the risk.

Something is sooo not right here.

It isn’t likely that the bill will make it past the lame-duck session of Congress, but the effort expended so far suggests that we’ve not heard the last of it. Especially when you look closely at what it means.

Taken to its extreme interpretation, the FSA would make it illegal to eat anything that wasn’t FDA approved. Including vegetables from your backyard garden, chickens you raised on a hobby farm and so on.

It requires US compliance with WTO regulations, ending US sovereignty over our own food supply by making us subject to the UN’s Codex Alimentarius. The WTO then gains control over the US food supply as part of the global inventory.

It allows the United Nations (UN), World Health Organization (WHO), UN Food and Agriculture Organization (FAO), and the WTO to take control of every food on earth.

It would make it illegal to own and store your own seed supply, effectively handing it over multinational giants like Monsanto and Archer-Daniels Midland.

It includes NAIS, an animal traceability program that threatens all small farmers and ranchers raising animals. It contains provisions whereby the government can order the mass slaughter of livestock or poultry without proof of disease.

It allows the government to mandate the use of antibiotics, hormones and pesticides. The bill was designed by Monsanto’s Michael Taylor, the expected appointee as Food Czar to the FDA to administer the agency the bill would create.

It is hard to do justice with words to just what a terrifying monstrosity the FSA is, as written. Were it not for Harry Reid’s desperate effort to sneak it past the Constitution during the lame duck session, it would have become law.

That doesn’t mean that it is dead, but it appears it is at least temporarily off the table. But it provides a terrifying glimpse into what they have planned for America’s immediate future. They aren’t going to give up until they win.

And as America goes on this, so goes the Western world. It’s a global plan. A global plan means it includes everybody.

“And I heard a voice in the midst of the four beasts say, A measure of wheat for a penny, and three measures of barley for a penny; and see thou hurt not the oil and the wine.” (Revelation 6:6)

Note: Originally written around May 2013.

Higher Criticism — How High Do You Have to Be?

Higher Criticism — How High Do You Have to Be? By Jack Kinsella Historical criticism,…

The Debt By Jack Kinsella July 4th is particularly sweet for me this year. As…