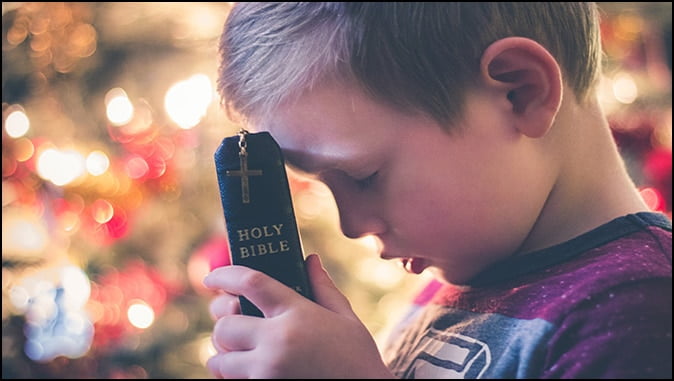 Who Are We? And What Are We Doing Here?
By Jack Kinsella

It’s been awhile since we’ve discussed the OL’s mission statement and doctrinal position. Since then, new members have joined, so for those of you to whom this is a review, please accept my apologies.

The Omega Letter IS a ministry, despite the fact we have refused 501(c)3 status. To explain, 501(c)3 is the relevant IRS code that grants ministries tax-exempt status. The government has the authority to censor what is published by those who accept the 501(c)3 exemption.

So we pay our taxes and the government has no input into our messages.

The mission of the Omega Letter is not directed primarily at leading the lost to Christ — at least, not directly through the website.

The majority of our members are assumed to be already saved believers who carry the message of the Gospel to the lost through their daily interaction with people they run across in the course of a day.

Our mission is to equip the saints out there who want to be fruitful for Christ with ammunition useful to their efforts. We try and anticipate the difficult questions that come up from time to time when witnessing to a skeptic, and to provide explanations from Scripture that answer those questions.

We believe the Bible prophecy was given for two main purposes. The first is to reassure the believer that God remains in control. Bible prophecy has a record of 100% accuracy in all areas where it can be measured.

That assures the believer that, no matter how chaotic events appear to be, those events are completely in God’s Hands. He knows what He is doing, and we can confidently apply the Scriptural promise,

“that all things work together for good to them that love God, to them who are the called according to His purpose.” (Romans 8:28)

The second reason is because,

“the Lord is not slack concerning His promise, as some men count slackness; but is longsuffering to us-ward, not willing that any should perish, but that all should come to repentance.” (2nd Peter 3:9)

Bible prophecy for the last days was given as a tool for the Church to use as evidence that Jesus Christ is real and that He is God. Only God can know the future. Bible prophecy is the Signature of God Himself;

When Jesus was explaining what the generation that would see His return would experience, He included a reminder for the Church, saying,

He wanted to make sure we understood that when we witnessed what He described, that He;

We recognize that this generation is unique to the exclusion of all that came before…we live in an age of miracles. For this generation, the miraculous is always just around the next corner.

My first computer cost $1700 twenty-two years ago. It bears as much resemblance to the one in front of me at this moment, in technological terms, as a Civil War observation balloon bears to the space shuttle.

In this generation, we cracked the human genetic code. We have duplicated the miracle of birth. It is only a matter of time until science duplicates the miracle of life through human cloning.

In this generation, to the exclusion of all others, God has a lot of competition. Moore’s Law of Computing says that computers will double in speed and capacity every 18 months. As computers get smarter, we get smarter. And we make ever more miraculous breakthroughs.

That some Bible prophecy was exclusively directed to the last generation where the miraculous would be routine is addressed by the revealing Angel in Daniel 12:4.

“But thou, O Daniel, shut up the words, and seal the book, even to the time of the end: many shall run to and fro, and knowledge shall be increased.”

The Books of Daniel and Revelation, once considered so mysterious that both Calvin and Luther omitted them from their commentaries on the Bible, were unsealed to this generation.

Today, the books Daniel and Revelation are the two most-written about Books in the Canon of Scripture.

Our mission is to use Bible prophecy to its intended purpose — to provide evidence that the Lord is both firmly in control of global events and preparing to return for His own. We consciously avoid the sensational; the plain and unvarnished evidences abound — there is no need to reach beyond our grasp.

The mission of the Omega Letter is to equip an army of one-on-one evangelists to go out into their own communities, armed with the evidence that God provided to counter the arguments of the skeptics and lead them to Christ while there is still time.

Along the way, we try to both inform and encourage, since our principle weapon of war is information, and an army needs to keep up its morale. It is for those reasons that the Omega Letter exists.

That the tactic is effective can be seen from the frequency and intensity of the enemy attacks over the years. Those attacks serve both to encourage AND discourage me.

On the one hand, if we are under attack, it means we are having some effect against the enemy’s lines. On the other, tactically speaking, an enemy generally will focus his attack in the weakest part of the opposing force’s lines.

Our weakness, as a force, is our fascination with the sensational. We can get misdirected away from our primary mission as believers by the ‘gee whiz’ factor, lose sight of our objective, and fall into an enemy trap.

Any effective army issues uniform equipment so there is a benchmark standard to use as a basis for training.

The Omega Letter’s benchmark training equipment is the doctrine of soteriology (salvation) as understood from a Dispensational, pretribulational perspective.

We believe in eternal security, a pretrib Rapture, and that the antichrist will make his appearance only after the Restraining influence of the Holy Spirit (together with the believing Church) is taken ‘out of the way’. (2nd Thessalonians 2:7)

It is from those basic understandings that we try to carry out the Omega Letter’s training mission. To be effective, we must be consistent in both our doctrine and its application to ultimate mission goal.

To see lost souls brought to Christ while there is still time.

Attempting to divine the date of the Rapture is not part of the Omega Letter’s mission to equip believers as effective last-days’ evangelists to the lost. It is a distraction to that mission.

It does not provide evidence to the lost that Jesus is returning soon. It provides the lost with a date on the calendar as an excuse to put off their decision until then.

Divining the date of the Rapture is an exercise in the sensational that, even apart from my belief that the Bible prohibits date setting, is completely at odds with the purpose for which the Omega Letter exists.

As I noted, it is a distraction. It weakens our lines and wastes valuable resources we could be marshalling against the enemy in the battle for the souls of the lost as the hours tick away.

Attempting to identify the antichrist does nothing to convince the lost that the Bible is true and that the Lord is returning. It does nothing to provide answers to the skeptics that might lead them to salvation. If anything, it gives them something to argue about.

And identifying the antichrist is not only fruitless to the mission, but contrary to the Word of God. The Crown of Righteousness is reserved for those who love the Lord’s appearing, not the appearance of His enemy.

Speaking from the doctrinal position of the Omega Letter, the Church will not be here during the Tribulation, so there is no doctrinal reason to ‘prepare’ the Church to go through it.

But it serves as a distraction from our true mission of arming ourselves to meet the lost skeptic with information useful to the mission of winning his soul from the enemy for Christ.

Useless speculation weakens our battle lines and wastes valuable resources that we could be marshaling against the enemy in the war for the souls of the lost as the hours tick away.

When proved untrue, it destroys our credibility. Sensationalism is not part of the whole armor of God.

“Put on the whole armour of God, that ye may be able to stand against the wiles of the devil.”

Ephesians 6:11-17 lists that armor as truth, righteousness, the preparation of the Gospel, faith, knowledge of our salvation, and the Word of God.

Divining the date of the Rapture and identifying the antichrist cannot possibly be argued into that list. They are distractions from the battle and an obstacle to the successful prosecution of the Omega Letter’s mission — to lead souls to Christ through the use of the tools God gave this generation to that purpose.

“And I heard, but I understood not: then said I, O my Lord, what shall be the end of these things? And he said, Go thy way, Daniel: for the words are closed up and sealed till the time of the end.“

The Great Mystery By Jack Kinsella “Behold, I shew you a mystery; We shall not…

The Gospel According to Shrek

The Logic of Anti-Semitism

The Crown of Righteousness

The Crown of Righteousness By Jack Kinsella In many churches, those members who study Bible…

The ‘New Creature’ By Jack Kinsella According to Scripture, there are four classes of created…

If We Make it Idiot-Proof, They’ll Just Invent a Better Idiot

If We Make it Idiot-Proof, They’ll Just Invent a Better Idiot By Jack Kinsella During…